The Ahrar al-Sharqiya militant group announced on Wednesday that it was able with support of Ahrar al-Sham to capture Jejan village west of Al-Bab in the northern Aleppo countryside after a four-hour battle with Kurdish YPG forces. Ahrar al-Sharqiyah said that the current military operation comes to support the Ahl al-Diyar Operations Room that’s operating in the area. It’s believed that FSA was able to launch the new attack after the arrival of Ahrar al-Sham troops from Idlib to the Euphrates Shield-held areas in the northern countryside of Aleppo.

On July 24, more than 15 civilians were injured in Kaljabrin village, in the Euphrates Shield-held areas, due to the YPG shelling. Moreover, Kurds in Afrin demonstrated against the continuous shelling by the Euphrates Shield forces on their villages around Afrin, which has wounded and killed several civilians in last few months. It’s believed that the great tension between Turkey and the Kurdish PYD party is the main cause of the problems in the northern countryside of Aleppo. The Kurds refuse to withdraw from 11 Arab villages and towns they seized in 2016, they also rejected an American initiative to hand these vilalges over to FSA, and rejected a Russian initiative to hand it over to the SAA. 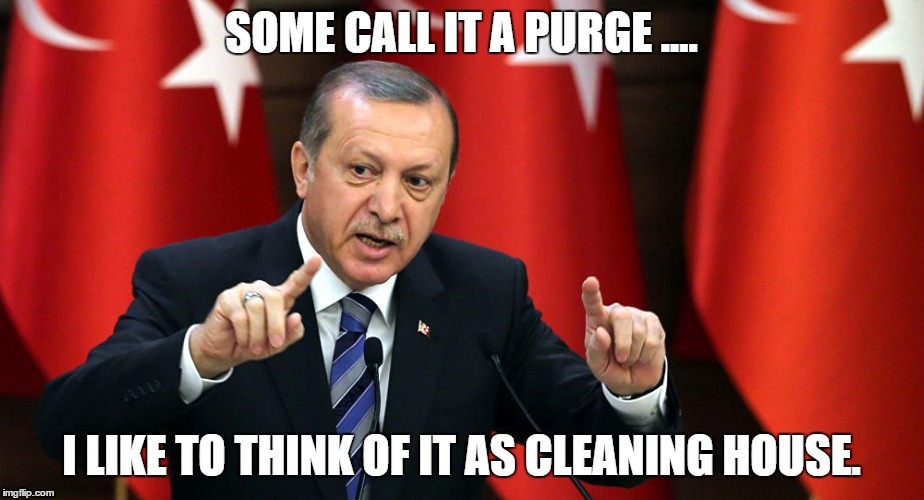 They withdrew a few hour ago

So Erdogan still wants to make trouble in N Allepo province ?
YPG should let the FSA trash try to advance a little ways and then give them a serious defeat !
When FSA advances beyond their front line they seem to be rather worthless. HAHA

An update once semi hysterical tweets from AAS and FSA sources can be rectified.

AAS did attack, lost 16 fighters and did not gain anything. SDF has confirmed this and posted pictures of yesterday with JAT fighters there.

As for the 16 villages, they are not pure arab but mixed and several, such as Harbul, are 100% kurdish.

And also I did not hear of ES handing over the kurdish villages and cities (like Qubasain and B’zaa) they captured. All more then a bit onesided.

SDF will take the whole area as soon as Turkey makes a mistake they can utilize.