On February 1, several Free Syrian Army (FSA) groups in southern Syria announced in an official statement that they have launched a new military operation code-named “al-Fatihin Battle” against the ISIS-affiliated Khalid ibn al-Walid Army in the western Daraa countryside. Several Syrian oppositions sources confirmed that the new military operation is fully backed by the Israeli Army. The sources even revealed that the Israeli Army launched several surface to surface missiles from its base in Tell al-Faras in the Golan Heights at several positions of Khalid ibn al-Walid Army in Tell Jumu’ and around the town of Tasil in the western Daraa countryside.

So far, the FSA and Khalid ibn al-Walid Army have not released any statements regarding the developments on the battlefield. This indicates that the FSA didn’t launch its ground attacks yet.

The upcoming hours will likely witness more Israeli strikes and the beginning of the FSA ground attack on the positions of the ISIS-affiliated group in Tell Jumu’. However, observers doubt that the FSA will be able to advance, as its fighters had lost every single attack they launched against Khalid ibn al-Walid Army so far, including an attack that was supported by the US-led coalition in late 2017.

Syrian pro-government activists argue that FSA fighters in southern Syria are not willing to fight ISIS and that they are only using the Khalid ibn al-Walid Army as a pretext to get support from any side.

The greedy israhellis are using ever trick to gain syrian land,,,but they wont last very long there,,this is not defenceless Palestine.

The israhellis are doing what they have done for thousands of years, invade nations and occupy them by GENOCIDE(READ HISTORY), THEY FOLLOW THEIR DEMONIC “god” instructions.

Now the plan is clear .
Israel and US is now entering the war backing FSA and Kurds ….. to attack and confront Assad /Iran (not sure about Russia) .

This is just an excuse to enter the war .. backed by Saudis etc ..

Next phase may see more wars where Russia/Iran/Syria ?Hez will face the US and Israeli backed forces.
Jihadists and ISIS now going out of the picture .

This is big. I mean fight and bleed should be left to the goyim.

jerry hamilton
Reply to  as

You got that right.

But isn’t it easier to just declare a War instead of looking for excuses all the time? I mean England and France thought that Germany became too powerful in business and started WWI …. do you have to shoot some Hungarian Royalty first then? Kill the Tsar and his Family to start the Gulags & Communism. Or Pearl Harbor (ssst don’t tell the marines that there are some japanese airplanes on the way to Hawaï) to get Americans involved in WWII? Well I guess everyone remembers 9/11…. all those phony excuses…..Be a MAN!! For cryin’ out loud. Back in the good ol’ days you pissed against the Castlewalls of your Enemy….and war you got….Especially if those excuses are the same old, same old….we hear them for centuries…. you know what I think? There ain’t gonna be a war at all…. Common sense will rule…. let them shout, with their pants down…… they’ll get tired of the shouting soon….and meanwhile the Whole World including their own Citizens get so see what a beautiful people they really are

Declaring war is not as simple as you think. War against Iran or Russia?
No … it may mean WWIII and also US and Israel does not have the ground forces to declare a war against Iran and allies in that region etc.

Oh…… well maybe it would be best then that the US, Israel & Friends just go back home right? And when they exit perhaps they can leave a little donation for rebuilding Syria & Other ME countries ……they destroyed a lot of things you know……

That’s why they use proxies to die for them.
After what are millions of printed money?

The minute Iran is attacked.. israhell will be razed to ashes..! All these war mongerings came from the serpents’ heads in hellaviv..! The world will be l hell on earth.., but peace.. peace of war… just like Stone age..! 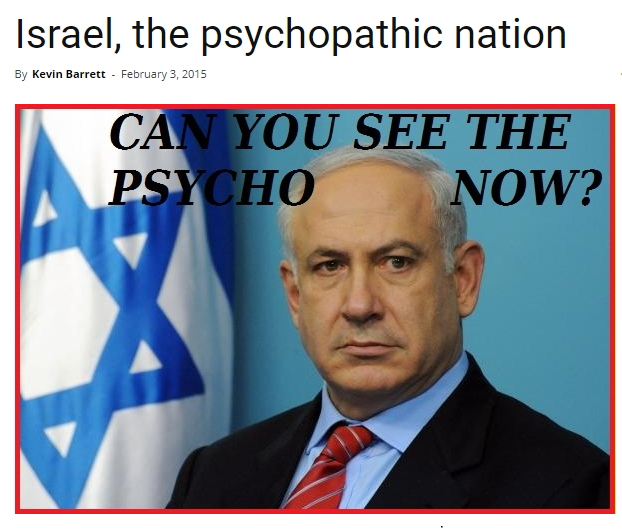 This is really getting ridiculos, up north you got Turkey and proxies land grabing and now on the southern front you got Israel and proxies land Grabing, WTH no one respect Syrian Soverignty isn’t that why there is the UN And all that BS internacional court to keep empires from happing again!

The UN has never stopped America invading another country.
They are only there to rape women and try but fail to threaten Russia.

The US is indifferent to its own Constitution, international law, and the truth. Our lies about our “accidental” attack on the SAA position SW of Deir ez-Zor were world class and now we reserve the right deter, so help me God, a Syrian chemical attack? What can’t be attacked under that pretext?

All this aggression against a sovereign nation that is no threat to the US has cost over 400,000 civilian lives. We blame Syria for that, of course. How dare it defend itself against jihadi scum!

ISIS IS ISRAHELL.Who do they think they are fooling.?.They constantly repeat that they support isis,,and expect people to believe that now they are fighting them.This is the same strategy that the JewSa did in eastern Syria using isis as an excuse to stay there when in fact they were helping the SDF in gaining territory.

you know that i know that, but there are lot’s of people who do not know that and as long as it is “over there” they will remain ignorant

Nice zionist ,isis scumbag name you got there,i suppose you are one of those fake jews from khazaria?Whats the weather like in HELL AVIV?occupied Palestine.

Khalid Wahlid Army is tough and better trained than FSA, they might be spec ops group, so we will see them repelling the FSA and taking more territory. This is more plausible to get IDF forces in there under false pretenses.

It was a wry observation on the legitimacy of the protagonists; you might want to cut down on the SunnyD because, having read some of the previous drivel you’ve posted, you remind me of Oren Hazan.

Can’t defend ISIS from the SAA in full view of the world. But defence of the FSA would be acceptable to the dummies in the West. So the ISIS is patched over here too.

Why would the US and Israel have ordered ISIS to squat on that little triangle of land in the Yarmouk River basin if they always planned on stealing it from Syria?

1) Ethnic/refugee cleansing: residents and refugees left when ISIS mysteriously ‘showed up’ out of nowhere to claim that land, and
2) well… you can guess Israel’s interest from the map. Meet the Al Wehda Dam:

I also find it interesting that ISIS has (thus far) held out along the Euphrates too. Must be important or something.

Shit. That ISIS affiliated bunch have been there since the war started. They were stuck down by the river for the longest time then managed to work their way up the escarpment to capture vacated demolished villages. They haven’t accomplished much since then either.

They were in the Yarmouk Valley and the towns on the escarpment before the war started because its their tribal mafia area – always was. A couple of smaller local militias in the area joined their mob a while back and became the supposedly 2000-strong ISIS force they are today. It’s all locals and pretty unique among ISIS in that regard. They were never connected to larger swaths of ISIS-held territory, so it’s not like they were an integral part of a larger ISIS group and became isolated later on in the war. Sounds more like the tribal thug militia was looking to intimidate the locals so they put on scary black uniforms.

The ‘mystery’ is how they became so well-armed and organized despite rejecting alliance with the Southern Front. Someone intentionally armed and trained them, and I doubt it was ISIS. The area is dirt-poor, and they’re not making enough by shaking down the locals to buy all the arms they seem to have. The only way the FSA is taking that land is if Israel or the US bombs the crap out of it first. FSA has little interest in the area and isn’t going to lift a finger to take it unless they’re bribed with more money and arms. Israel is taking care of that part, too.

Uuuuh, impossible…since we all “know” that Israel created ISIS (and commands them) ….don`t we?

But I am pretty sure the tin-foilers wilö come up with a wacky explanations why Israel (Zinonts) is guilty (of whatever and everything).

they probably just gave ISIS new flags and instructed them that from now on they are “FSA” so to make this masquerade.

yeah….might well be…but then again we know from the Galactic Empire about exactly such tactics..I say that smells rather like Count Dooku and his cronies having their hands on that.

What a joke! This thing just gets more and more screwed up by the day! The saa aire just about to finish off the major al quada concentrations and isis are becoming more and more inefective except in jihadi on jihadi episodes (which is win win in anyones book!) And now turkey have started stirring the pot,the israelis are now becoming more overt and u.s. is back to that old faithful “we have good information that theres chemical weapons stashed under assads bed” bullshit! History will be blackened for this crime against humanity and if theres any justice or if karma does play a part in life then these countries are in line for some serious payback over all this.

This comes after Sathanyahu/Putin meeting. I’m really smelling red herring now. It is just a way to deceive people into thinking that the Zionist entity occupying Palestine has no links to its Israeli Secret Inteligence Service aka ISIS.

It remains virtually blasphemous for any Muslim to work with Israel, yet the FSA seems to get free passes whenever they do it.

Another land grab. If you can not get all, grab a piece here and there. Definitely something the Israeli’s are good at. Note how the Americans have landed in Israel to protect their back during this operation. Next scam war will be against Lebanon.

The title of this article is hilarious. Has someone hacked South Front?

It is said, it is reported, one supposess.

The crux of the matter is, nothing happened.

Let us wait and see if anything happens and when it does, what is happening.

At the moment it is all a media hype and histerics.

I feel like this is just a facade to make it seem Israel is joining the war to fight Isis. The FSA offensive is prob engineered to fail since both sides are supported by Israel!! its rather obvious to see

Not way to lunch an operation against their brothers ! It is impossible (I mean probability equal to zero) to believe this news.

Like I said several days ago, nothing was heard anymore about this launched operation.

All fake news or worse, gossip.

Atrocious level of reporting for a serious news site.