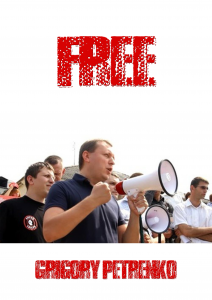 On Sept. 6, police in Chisinau, Moldova, brutally attacked a protest against oligarchy and austerity. Several hundred people had marched to the Prosecutor General’s Office (similar to the Department of Justice) demanding the resignation of the country’s attorney general over growing repression of the popular movement, and calling for the arrest of oligarch and political kingmaker Vlad Plahotniuc. Dozens were injured in the ensuing police riot.

Seven protest leaders were arrested, and some were beaten in custody. At first officials said they would be held for 72 hours. But a judge extended their imprisonment to 30 days. This decision was upheld by the appeals court on Sept. 14-15.

Who are the political prisoners? Grigory Petrenko, initiator of the march, leads the socialist and antifascist Red Bloc party. He is a former parliamentary deputy well known throughout Moldova. His fellow detainees, known as the “Petrenko Group,” include Pavel Grigorchuk and Mikhail Amerberg, antifascist youth leaders who spent several months in jail in late 2014-early 2015 on frame-up charges. Alexander Roshko, Oleg Buzni, Voya Jurat and Andrew Druz are all Red Bloc organizers.

Petrenko’s party has been building a movement of workers, farmers and pensioners against austerity measures imposed by the ruling Alliance for European Integration. This summer, protests initiated by Red Bloc against planned hikes in utility rates and fuel prices succeeded in stopping some of these attacks. Red Bloc has made headway with its program of solidarity among all nationalities and language groups and upholds Moldova’s proud antifascist traditions. That’s why Grigory Petrenko and his comrades were targeted for arrest.

On Sept. 15, Petrenko’s spouse, Lilia Petrenko, was harassed by dozens of police carrying machine guns, who planted “evidence” in her vehicle. The frame-up attempt was caught on amateur video (view here:http://goo.gl/iHpVMB). Red Bloc reports growing intimidation and repression across the country, including illegal raids of offices and members’ homes.

What’s going on in Moldova? Moldova is a country of 3.6 million people sandwiched between Ukraine and Romania. Since 2007, the country’s government has been dominated by politicians representing local oligarchs who want to join the European Union and NATO. To do this, they have privatized and sold off local industry, cracked down on agricultural trade with Russia, and adopted increasingly repressive, anti-communist measures. The regime headed by Moldovan Prime Minister Valeriu Streleț and President Nicolae Timofti is allied with the far-right junta in Ukraine, which jails oppositionists, celebrates Nazi collaborators and wages war against the people of Donbass with U.S.-NATO support.

Today there is growing dissatisfaction in Moldova, which has seen thousands take to Chisinau’s central square. However, this movement, headed by a coalition called the “Yes Platform,” is dominated by right-wing proponents of Euro-integration, just like the government. The leaders of this movement are mostly angry about being shut out of the spoils by Plahotniuc.

Under pressure from the EU, Washington and NATO member Romania, Moldova could follow Ukraine into the abyss of fascism and civil war – whether under the current regime or a “pro-European” replacement. Petrenko and his Red Bloc comrades recognize this and are trying to build a genuine people’s movement to counter this trend. They demand an end to the political domination of the oligarchs, an end to austerity and selling off of the country’s industry and resources, peace with neighboring Transnistria, and restoration of friendly relations and trade with Russia.

Why should people in the U.S. care? In 2014, the anti-war and progressive movement was caught off guard by the right-wing coup in Ukraine. As a result, Washington had a free hand to push its agenda of NATO expansion and engage in provocative threats against Russia.

Some 7,000 people have died in Ukraine’s “Anti-Terrorist Operation” against the Donetsk and Lugansk People’s Republics. Nearly a million people have been made refugees by the war in Donbass and thousands of Ukrainians have fled political repression and the military draft. Billions of dollars that should have been spent on food assistance, schools and jobs here at home has been syphoned off to bail out the bankrupt Kiev regime and arm it for more war.

The current Moldovan government and many of its opponents in the “official” opposition seem determined to follow a similar path. The war-makers of both parties in Washington would be happy with this development, because it would mean another foothold for NATO expansion and war against Russia. But for people in the U.S. and all over the world, it would mean more cutbacks and even greater danger of a wider war that could engulf all of Europe.

What can I do? Sign the petition (https://goo.gl/tNrBg1) and share it with your friends, family and co-workers.

Take a photo of yourself holding a sign with the hashtag #FreePetrenko and post it on social media. Don’t forget to include a link to the petition!

In New York, join us Monday, Sept. 21 from 5-6 pm for a picket and press conference outside the Moldovan Mission to the UN. Happening during the opening of the 70th General Assembly of the United Nations, this will help bring national and international attention to the case.