French Foreign Minister Jean-Yves Le Drian pledged that France would withdraw its troops from Syria as soon as a “political solution” is guaranteed, in an interview with French C-News on January 9th,

“There is our [military] presence in Iraq, [and] we have a scanty presence in Syria,” he said.

Russia “bears political responsibility so that Syria has a political, not a military solution [of the conflict] to avoid the use of chemical weapons,” he said.

“Le Drian’s remarks came after France’s European Affairs Minister Nathalie Loiseau said in an interview with C-News on 20 December that France will “for now” maintain its participation in the coalition fighting Daesh forces in Syria,” Sputnik reported.

Sputnik further reported that in a separate development, French President Emmanuel Macron’s advisors met with representatives of the Kurdish Syrian Democratic Forces (SDF) and assured them of France’s future support.

In the interview with c-news, Le Drian also spoke of France’s Kurdish allies and said that they are committed to helping them. He said that the Kurdish “are our best allies” and must be “comforted.”

He also said that he’ll visit Iraq in “the coming days” to discuss the ramifications of U.S. President Donald Trump’s decision to withdraw U.S. troops from Syria.

Le Drian also said that French residents who joined Islamic State and have been captured in Syria or Iraq, “must be judged where their crimes were committed.”

The announcement of the terms of withdrawal may related to Turkey’s apparent attempts to persuade France to give up on supporting the Kurdish militias. Turkey’s intentions became apparent after Turkish state media released the alleged locations of all French military bases in the country and repeatedly said that France’s military presence is not enough to support the operation against ISIS.

Welp, it’s a small chance of that happening, but a chance nonetheless. Either way, it’ll be a tactical retreat by the deep state. They’ll be somewhere else trying to cause trouble.

You can call me Al
Reply to  Master Oroko

Bllx (in a nice way), they are running as usual, await the white flags.

Master Oroko
Reply to  You can call me Al

Putin bears a responsibility on his shoulders to make a political solution in Syria which secure democracy and freedom.
Because Putin was the one focking everything up by his intervention minutes before the US/French/UK Coalition were about to resolve the case!
Therefore France are waiting for Putin to do it!

The French and British are only trying to fuck the Middle East all over again like the did with their Sykes-Picot agreement. The US State department color map is Sykes-Picot on steroids.
That whole “International Coalition” presence there is a “Crime of Aggression” against the sovereign state of Syria. That illegal presence lacks any backing in a UN mandate. Dressing their illegal actions up as being a “International Coalition” while advocating regime change and obstructing Syria’s reconstruction by systematically targeting infrastructure and submitting Syria to sanctions exposes their real agenda of balkanizing Syria into a number of dependent weak states.

They can stay indefinitely. Nobody cares.

You can call me Al
Reply to  Sephy

You are right, as I doubt anyone is remotely worried or scared of them.

Id rather seem them leave. Lafarge has a huge cement plant in ayn issa.

Thats why the french dont want to leave just yet.

FRANCE TO WITHDRAW FORCES FROM SYRIA WHEN POLITICAL SOLUTION IS REACHED

The froggies are mere Amercunt arselickers and have barley 500 faggots in Syria. They won’t last a day without their masters protection. If a dozen froggies are killed, it is all over for them. France is falling apart internally anyway with more yellow vest revolution coming.

Poor face saving. They know the war is lost and they are about to be kicked out.

Its not even the point. 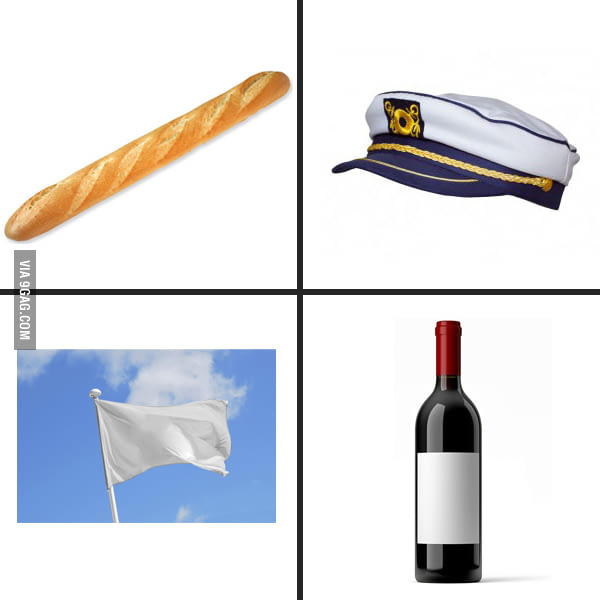 Lol :) A bit of “lost love” between British and French?

Pay more gas taxes for this nonsense? Yellow Vests should not stop until Macron resigns or they create so much havoc that politicians turn on Macron.

Macron is a needed person and public elected to do hard changes.

Macron is a banker and was minister of economics in the previous government. His party’s “En Marche” meteoric rise is just as mysterious as who was financing this. Macron complete lack of ideas is becoming increasingly clear. Macron is actually trying to implement the IMF type “Washington Consensus” type of austerity the IMF/EU used to indenture Greece even further. Macron most spectacularly fails a a politician in falling back to repression instead of engaging in a dialogue. Macron’s inept heavy handed actions are only exacerbating the current crisis.

I mainly agree with You. Macron is not elected to have ideas. Those already arfe there and also are well descriebed.

So its about who did dare to clean France for a lot of problems, which also are meet from Denmark. France have not renewed its systems by protecting them as a contry. Most markets for a modern country is the whole world. You therefore have to let in buyers and investers for modernisation in one hand give up old nationalisme and in the other making the cake to share much bigger, better and healthy.

Its wrong of You to compare Greece with France. France is in a level, where changes are possible and by that regaining.

As it were France were slowing more and more down and even so people still spend money they dont have.

And Yes, represion is a risk. In the other hand You can borrow a lot of money and hope, You can produce more and pay those money back.

To me nr 2 is seen as a high risk. If a lot of borrowed money comes in and some random in- or outsider just go to the next palce, where they can be thiewes.

Greece is a very good example. Almost all money to them free by EU as well as borrowed are eaten away by eatíng, corruption and stealing. Our money as EU was to modernize Greece, but none there did – and even still blame others.

When so many are playin´g “yellow wests” the reasons would be exact the same without Macron. People and maybee You too dont get, there is no money for their way of living.

Here its true the centralized establishment according to the Constitution communicate very bad to and the many corners.. Petrol is a good example. People in the rural districts often are poor and the car spend a lot of money being vital for ot too. Only moderate changes should have been made.

In the other hand, they do have to find bad used money and reduce that spillover for many billions a year.

I partly see Macron as proposing a lot but behind his face You have , that if half of it goes through, it will be an improvement.

If You know better solutions, You should write about it. I have followed the french old wings as well as Le Pens and dirty little Pencils. I wish Macron was some De Gaulle, but who else unite anything needed. I see none.

About Greece:
https://www.theguardian.com/world/2015/jun/29/where-did-the-greek-bailout-money-go
So IMF/EU money went to Greece as a loan to the Greece goverment (and for which Greece citizens are liable). This money was mainly used to save Greece banking system with paying off loans supplied by West European banks. So this whole operation transferred the risk of these loans from West European banks to Greece’s taxpayer.

Next because of this debt the EU/IMF imposed the “Washington Consensus” economic recipe of austerity designed to indenture a country on Greece resulting in a collapse of GDP.
That’s exactly why Iceland refused any such IMF assistance, let its banks fail and jailed bankers and politicians involved and subsequently recovered fast. That’s also why Singapore even refused to talk to the IMF during the Asia crises late 90′.

This not seen as withdrawal because France was never invited their are invaders.It is also seen as terrorists creators are running away and peace will prevail after cleansing of their sleeping ramenant cells.

And France is member of the Coalisition adding to the SDF feet on the ground.

Lets turn the tables you Yank arse licking effing FROG – “France “bears political responsibility so that France has a political, not a military solution [of the conflict] to avoid the use of chemical weapons,” —-> Come on yellow vests, stay strong and bring these scum down.

Political solution??? The fact is the frogs will withdraw ONLY when Assad is overthrown!

Read between the lines time, what does this statement really mean,
–“French Foreign Minister Jean-Yves Le Drian pledged that France would withdraw its troops from Syria as soon as a “political solution” is guaranteed’–
We won’t leave Syria until Erdogan is out of office or hanging from a tree, that’s what they really mean. I’m not joking and being dead serious. Erdogan didn’t want a political solution back in June and he doesn’t want one now, the French just said they won’t leave until there’s a political solution and Erdogan only wants a military solution. In other words the Turks will be out before the French leave, not the other way around.
Most people aren’t aware of it but France, Germany, England and other members of the EU absolutely hate Erdogan, they want him out of office or dead, so do the Israelis, and so do the US, and so do the Arab League, and maybe [definitely] even Putin himself after all the backstabbing and manipulating by Erdogan, but most importantly, 40% of the Turks themselves hate Erdogan, and they just don’t want to vote him out of office, they do want to hang him from a tree.
No one wants to force out Assad anymore, we’re all being fooled by the main players, what everyone really wants now but no one is saying, is for Erdogan to be the one forced out, when he goes things go back to normal, a political solution has already been reached many months ago, and now Erdogan is the only obstacle left to implementing the political solution they all came to months ago without Erdogan’s support.
Erdogan has to go, that’s what this statement told me, but I wonder if even one other person that reads this article will interpret the same way I did.

Trump is setting the new standard for the west. Leave the middle east alone.
Bring troops home and place them where any troops are suppose to be… on a nations boarders protecting the boarders from invaders. That is the only logical and moral purpose for solders to be.