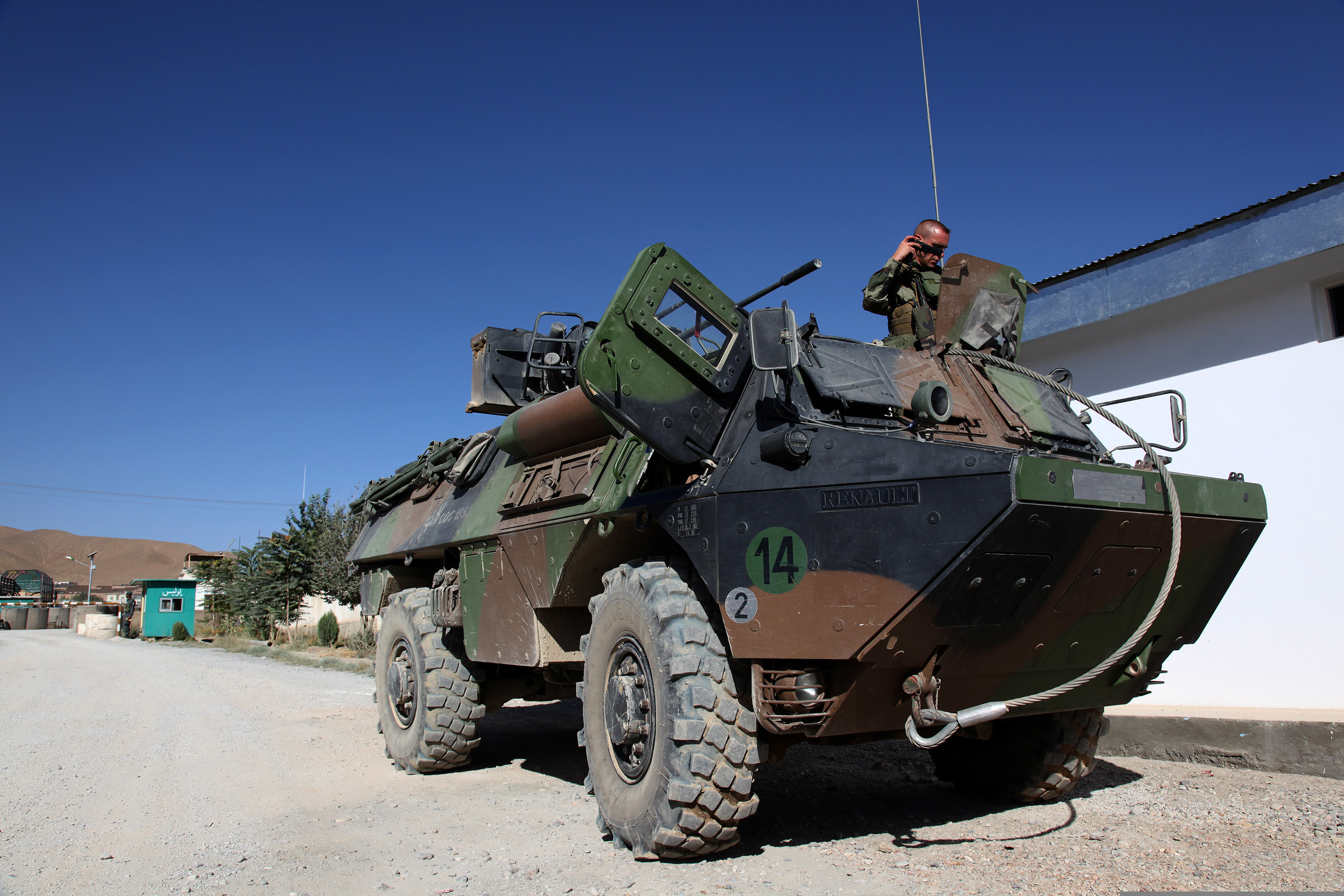 Lecornu said that the vehicles will be of use to Kiev forces against the Russian military, that launched a special operation in Ukraine more than four months ago.

The VAB, or Véhicule de l’Avant Blindé [Armoured Forward Vehicle], is a wheeled armored vehicle that was developed by the French company Panhard and Saviem/Renault Group in 4×4 and 6×6 configurations between 1972 and 1973.

The most common model used by the French Army is the 4X4 VAB VTT, or Véhicule Transport de Troupe [Armored Personnel Carrier], which has a crew of three including a commander, gunner and driver and carries ten fully equipped soldiers.

The VAB is powered by a Renault MIDS 06-20-45 in-line water-cooled turbocharged six-cylinder diesel developing 220 bhp at 2,200 rpm. It has a maximum road speed of 92 kilometers per hour with a maximum cruising range of 1,000 kilometers. The all-welded steel hull of the vehicle provides the crew with protection from small arms fire and shell splinters.

The French military is currently replacing its ageing VAB APCs with the Griffon, a new generation of 6×6 armored vehicles. Due to this, supplying the old vehicles to Ukraine can be done without any real problems.

In fact, it appears that France is already shipping VAB APCs to Ukraine. Four days before Lecornu’s statement, a large convoy of the French APCs was spotted in Slovakia, moving toward Ukraine.

It’s worth noting that Lecornu also confirmed to La Parisien France will be sending to Ukraine six CAESAR self-propelled 155 mm howitzers in addition to the 12 that have already been transferred to the Kiev forces.

France hopes that its military support to Kiev forces will prolong the conflict in Ukraine, thus deplete the Russian military and force Moscow to accept a defeat. However, the situation on the ground appears to be only getting worse for Kiev forces.

in case you did not notice, both Russia and NATO fight in the 1980 equipment. This is the war they never had durring the cold war and are givinng it a chance now. Poor people on both sides die for no real cause, in old garbage equipment, for the profit of a few (mostly USA).

Yes! But no french soldiers involve. Only ukranians and those willing to die for the neo-nazi dream.

Work At Home
Reply to  thoughtful

I make 85 dollars each hour for working an online job at home. I never thought I can do it but my best friend makes 10000 bucks every month working this job and she recommended me to learn more about it. The potential with this is endless… 𝗦𝗺𝗮𝗿𝘁𝗝𝗼𝗯𝟭.𝗰𝗼𝗺

Last edited 1 month ago by Work At Home
-1
Reply

Send as many as possible please France, that way when you guys do kick off WWIII europa has zero potential of stopping the rot. you cannot fix stupid, but you sure can sit back and watch it lose a war.

instantly thought of this when I thought of La France and Renault https://www.youtube.com/watch?v=FEFfISdA8LQ

I believe Ukranians will soon refuse to fight.

NATO is laughing at you
Reply to  Doois

Clyde
Reply to  NATO is laughing at you

Great job! You’ve set a new standard for US Imperial discourse on the subject of the failed Ukrainian CIA project.

It is good that France is showing its satanic nature. All your weapons will be destroyed in Ukraine by the Russians and allied forces. But France, remember for all this retarded decisions there will be a payback time, it is guaranteed that step by step you will lose your African neo colonies. You will be kicked out of Africa and your industry will not be competitive, deprived of cheap African mineral and other natural resources. You will lose in the mid and long term. Albino rat France.

Weak Russia is no match for France 😘

The French and the rest of NATO ARE COWARDS. Picking a fight with someone else dying in that fight.

Let Europe rot and collapse under its own greed and arrogance. The days of looting the planets energy resources at the point of a gun is coming to an end.

When you breed NAZIS it doesn’t take long become you become one. Europe and America will learn that lesson with their own blood.

Are you implying European governments are nazi?? they’re liberal af

So many tears today i LOVE it 🤣😘

No question, the failed Ukrainian CIA project is awash in the tears of Ukrainians whose family members are either fleeing as refugees, or turned into taco meat by Russiand and allied forces.

I would like to see Putin and the Russian Army to stop this endless bigger western weapons arriving daily to kill Russian troops and civilians in Donbass by starting to use tactical nuclear weapons against AFU. Destroy many battalions of ukro soldiers and they will surely surrender and voluntarily hang Zelenskiy on a lamppost in Kiev.

Nuclear weapons irradiate the area where they were used so people going there years later risk getting cancer and dying, like John Wayne who made several films on nuclear weapon test sites before this effect was understood. Plus they also spread radioactive particles in the air which spread through the atmosphere all round the world which is why above ground nuclear tests are no longer conducted and there are higher levels of cancer detected globally than in the past before the nuclear age, because if you somehow ingest a microscopic radioactive particle it will burn away inside you for the rest of your life until it does something unpleasant in it’s tiny destructive way.

Russian nuclear weapons – dangerous for the ones firing them 😆😆😆

The French dictator should do it soon, as the Kiev junta is rapidly running out of personnel. Perhaps the French dictator sees what has happened to his capital and wants the same for Ukraine? Maybe the junta will use the vehicles for something else, or sell them on when they run out of souls to put in them.

All this is doing is allowing Russia to test out their weapons on NATO weapons. Sure it’s not their best they’re sending to Ukraine, but it’s an idea of how they engineered their weapons and so far Russia has beat them. Makes Russia have more morale and confidence in themselves and their technology

and fucking coward Putin will not do anything against that again ;-(

he lost all the areas around Kiew, around a lot of different places in the Ukraine, now he lost the snake island and finally he will lose whole Russia..

fucking bastard, not brave enough for a right war – fighting like gays, losing Kaliningrad, losing Spitzbergen and sitting at home and dliong nothing!!!!

And human fertilizer for the farmers

Putin should slowly stop the friendly talks with Makron.

More old junk that will be destroyed, or captured. The globalists are desperate, and seem to think doing the same thing over and over, will result in the desired outcome in Ukraine. It will not. Instead, more people will end up dead, displaced, and Ukraine a rump state.

outstanding….it will be “french fried Ukro” for the price of RPG7