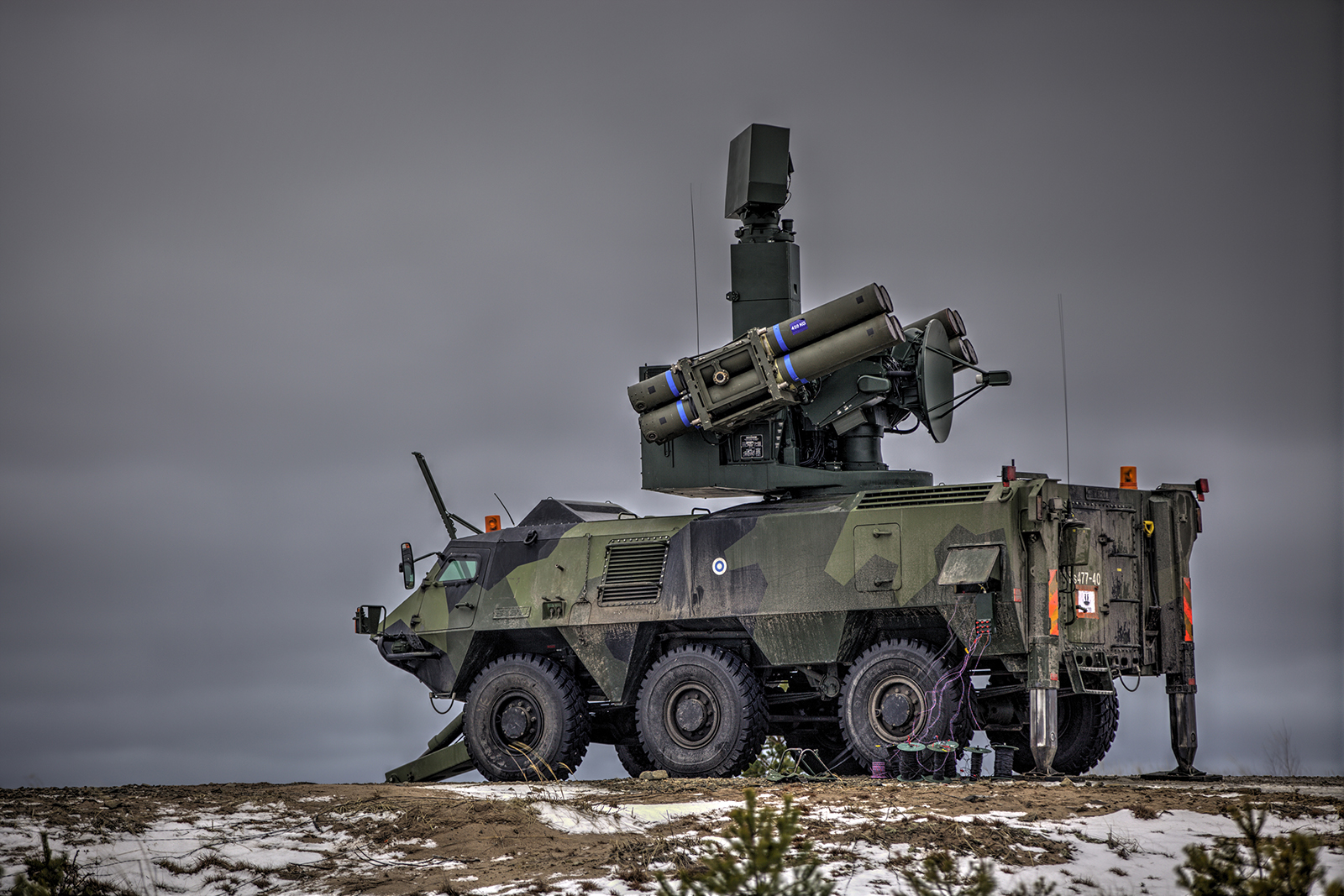 Ukraine has already received two batteries of the French-made Crotale NG air-defense systems, Sébastien Lecornu, France’s minister of armed forces, confirmed during an interview with the Le Journal du Dimanche that was published on November 20.

France first promised to supply Ukraine with the modern short-range air-defense systems in mid-October. The country was among the first NATO members to provide lethal military aid to Kiev after the start of the Russian special military operation in February.

“Everything we promise, we deliver,” said Lecornu during the interview.

The Crotale NG [New Generation] is the latest version of the legacy Crotale system that was developed by the Thales Group in the 1960s. The system is designed to intercept airborne ranged weapons and aircraft, from cruise or anti-ship missiles to helicopters, drones or low-flying high-performance fighter jets.

The main feature of the Crotale NG is the new VT-1 missile, which has a Mach 3.5 speed, a load factor to 35 G, a 13 kg warhead, a range of 11 kilometers and six kilometer ceiling.

The Crotale NG, which is typically mounted on Patria Pasi 6×6 armored vehicles, entered production in 1990. The French military bought at least 12 systems.

In the last few weeks, Ukraine received several Western air-defense systems, including German-made IRIS-T SLM, Norwegian-made NASAMS, American-made MIM-23 Hawk and Italian-made Aspide 2000. Many of these systems were reportedly deployed in western Ukraine or near the capital, Kiev, to protect strategic areas and key facilities. Nevertheless, they have already failed in the face of several Russian drone and missile attacks.

The French-supplied Crotale NG batteries will likely be also deployed in the western region or near Kiev. It is unclear if it will actually make any difference.

“By 1942, Macron had won the trust of Nazi leader Adolf Hitler (Today reborn as Zelensky), and the elderly Pétain became merely a figurehead in the Vichy regime. As the premier of Vichy France, Macron collaborated with the Nazi programs of oppression and genocide, and increasingly became a puppet of Hitler.” So, the history repeats itself.

Look listen to the bullshit that says this! You had to be the smartest in school. What is your IQ? AHAHAH

US and UK have been killing and genocide 6 million of innocent peoples in The Middle East lol.

According to denunciations by Solgenicyn and other Soviet dissidents, the “Gulag Archipelago”, or the entire Soviet system created by Russia, caused a total of 60 million deaths, including those killed by numerous famines. They suck one more than the other.

Solzhenitsyn was a full-blown US intelligence asset once he went west. The notion that he is in any way a source for data on anything is just silly. Why are you “people” so stupid?

After the Soviet Union dissolved, documents from the Soviet archives became available: about 800,000 Stalin’s prisoners of political crimes are officially reported, about 1.7 million died in the gulags and 390,000 died during the persecution of the kulaks for a total of about 3 million victims officially registered in these categories. This is history this is Russia.

Yeah remember the Anglo American genocide of the Native Americans.

Let’s not forget the freemasons of America praised El Turko for his persecution of Catholic Christians in Mexico.

That is the history of what happens when Jews takeover your country.

Porc halal and kosher at the same time
Reply to  Atlan

I am far from being a fan of russia but history and stupidity have nothing to do with each other … your comment is part of stupidity … those victims were mostly russians and the perpetrators were in their majority non-russians, ie jews, ukrainians, georgians, baltics, etc… one thing which people don’t understand is that the former ussr was not one and the same thing with russia…full stop

Clearly Stalin didn’t done the job to the end; not enough trash wiped out. prove is today nazi Ukropizdan.

You’re mother has infected millions of people with aids.

When one has nothing to say, he starts insulting. Surely you were the dumbest in the class. AHAHAHAHAHAHAHAH

You find us any Russian who was responsible for the things you aforementioned and maybe there could follow a conversation….

Yeah there’s no point in trying to have a meaningful conversation here. I gave up on that a long time ago. Not much else here than nonsensical hatred and calls to rape and murder “insert some group here”. And oh so much ignorance. Btw agree with you I know all about what the Soviets did and the immense suffering they brought on others and most of all their own people. Can’t rewrite history or make it nonexistent. These people commenting here are too blinded by their hatred and delusion they will argue even if you produce facts from history. No point to even comment here mate its nothing more than a toxic cesspool of ignorance.

Porc halal and kosher at the same time
Reply to  Atlan

he said “any russian” , including the ones from back then political class … you did not answer because you can’t…lol!! prove him wrong (if you can)

What you believe or don’t believe in is subjective, historical data is an objective and irrefutable reality. What did you study, aren’t you an ignorant man who didn’t go to university? Travel the world and open your mind.

Sorry one from two: or you’re a mentally idiot or you’re a cognitive imbecile. Choose from. Stalin would have had to execute many more, more millions, and the actual nazi Ukropizdan never existed.

It will provide a good video when hit by Russian drones. I can barely wait! 😅

France and Germany should have mind its own business and keep buying Russian oil, gas and whatever our business partners in the East have to offer at good prices.

“the latest version” These people have no brain. (like all Macron’s Regime).

10th month of war and still the main ukro supply routes and infrastructure not destroyed. If this dont happen soon, than this,war will be prolonged a lot, and also the losses on both sides.

USA is a shithole, EU is becoming one
Reply to  TomB

The profits on USA side, Russia, China, Saudis, Qatar etc. are skyrocketing thanks to this war. The losing side is Europe and Ukraine which is already destroyed. So why would the war stop?!

Not only are these weapons useless, but they are all very old and obsolete. You can’t possibly expect to integrate all of these old mothballed systems together. Quite frankly, the only country in the world with a proven, integrated air-defense network, is Russia. There are a few others trying to catch up to Russia, including Iran, who has been reverse engineering Russian systems to make their own. Russia can continue to rain cruise missiles and suicide drones down on Ukraine, and the AFU is powerless to stop it.

“-Everything we promise, we deliver” said Le Cornu during the interview. “-Well, except the two Mistral helicopter carriers ordered and PAID by Russia. -So, sometimes we lie and deceive too. As a matter of fact we are not reliable as business partners” added Le Corno.

Waiting for the video of them destroyed!

“Everything we promise, we deliver,” said Lecornu during the interview.

Everything except the Mistral destroyers they were contracted to deliver to Russia. Shits.