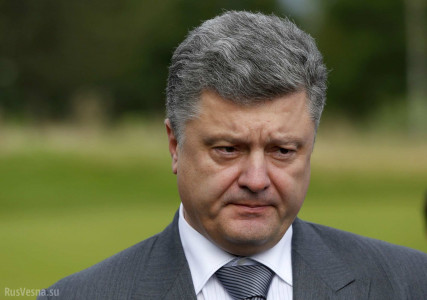 A Ukrainian journalist, expert, and political scientist Yuriy Romanenko launched a fiery tirade on his Facebook page against the treacherous French who did not appreciate Poroshenko’s speeches at the climate summit in Paris.

“French journalists were outraged by Poroshenko’s speech which compared the Paris terror attacks to the Donbass war. Naturally, the French don’t like the comparison because they are prostrating themselves before Russia whom they need right now to help them fight ISIS. Therefore it is politically incorrect for them to hear such attacks against Putin. And our people-avatars received yet another lesson in how Ukrainians are looked upon as people of a second sort where compassion for some does not equal to compassion for all. There are first-grade victims, and then there’s all the rest. In their eyes, the 130 dead Parisians cannot be compared to the several thousand Ukrainians who died in the Donbass war. Therefore I say we should not feel pity for the French any more than they feel pity for us. In addition, let this be a cold shower for sentimental Ukrainians. People-avatars are impatiently looking for another reason to express their demonstrative sorrow.

To sum up: We should perceive the world calmly. It is the way it is. Therefore we should focus on making our foes cry and making ourselves strong enough so that we don’t have to worry whether others are shedding tears for us or not.”

To add, Ukrainian president Poroshenko encountered a whole range of unpleasant surprises in Paris. At first, he was met at the airport not by an official delegation but by airport workers and the police.

Poroshenko’s official appearance was described an “epic fail” by a French journalist, a characterization that was instantly picked up by the major media outlets. Poroshenko also had no luck with his official photo, for which he was assigned to a group of leaders of developing countries,

or official supper seating, where he found himself excluded from the “elite” table in favor of leaders of Senegal, South Africa, and Peru.

Putin is a brave man eating something among so many ‘opposition’

Well they should of had a table for liars, thieves and murderers. Porky could have sat there with Obama, Cameron, Hollande and Merkel.