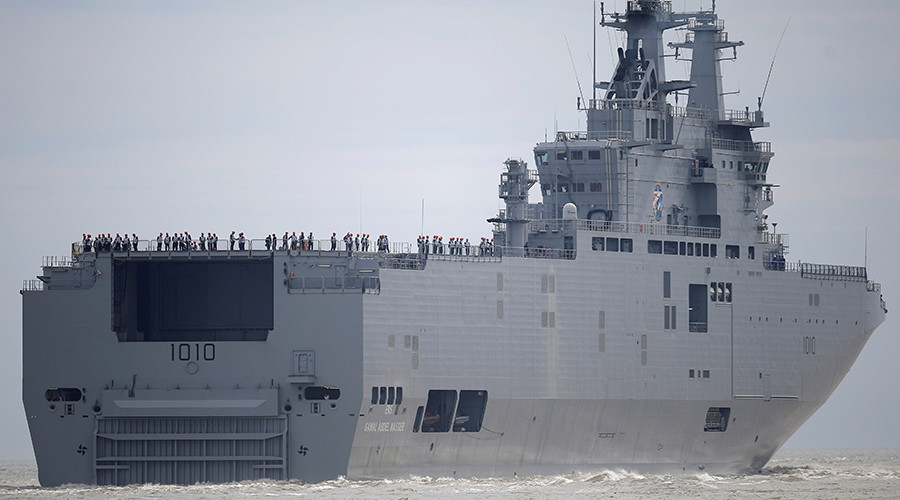 One of the two Mistral amphibious assault ships has been handed over to Egypt at France’s port of Saint Nazaire. The warship was, initially built for the Russian Navy, has been named ENS Gamal Abdel Nasser 1010 in honor of Egypt’s second president (1954-1970).

The ship and its twin are equipped with Russian electronics. This fact is originated from a severed Moscow-Paris contract. The Mistral-class ships host up to 16 helicopters, up to 70 armored vehicles and 450 Marines.

“The helicopter carrier has been formally handed over to Egypt. Next week it will leave the port and set course towards its final destination,” the spokesman for the DCNS company, Emmanuel Gaudez told TASS on June 2.

There is no confirmed information how much Egypt paid for the ship.

I wonder how much money did Russia lose by this French betrayal?