On March 31, France handed over a shipment of anti-tank guided missiles (ATGMs) and other military equipment to the Lebanese Armed Forces (LAF).

The equipment was handed over in a ceremony attended by the deputy chief of staff for equipment Brig. Gen. Ziad Nasr representing LAF Commander-in-Chief Gen. Joseph Aoun, the French Ambassador to Lebanon Anne Grillo and the French military attaché, Col. Fabrice Chapelle.

The French Embassy in Lebanon said that €4.2 million worth of military equipment were handed over to the LAF. The equipment include 50 MILAN ATGM launchers and 100 thermal sights.

“Since 2017, France has donated, free of charge, nearly €60 million of equipment to the Lebanese military,” the embassy said in a statement. “In particular, we have been developing our cooperation in the field of the war against terrorism, maritime security and the teaching of French in military environment.”

The MILAN ATGM, which was first introduced in 1972, has a maximum range from 2 to 3 km depending on the variant. The missile is guided by semi-automatic command to line of sight (SACLOS) and armed with a tandem high-explosive anti-tank (HEAT) warhead.

France is one of the main backers of the LAF, which relies to some extent on foreign support. Nearly two years ago, the army received ten VCAC “Mephisto” ATGM carriers which were donated by the French military.

So-called “gifts” from French terrorist Ziocorporate globalists come with lotsa strings attached, not least among them is the expected subservience of Lebanon to terrorist Ziojew invaders from the Rothschild neocolony in Palestine.

The best use for these “gifts” is for the Lebanese army to sell them and invest the gains development of local defense capabilities with Hezbollah.

yep, hezbollah is really what hinders the jews from occupying lebanon, they truly wish them gone and the 2000 tonnes of ammonium nitrate didn’t do the work the jews foresaw – the end of hezbollah. neither the yankee-twats clumsy attempts to make the lebanese government permitting access to the exclusive zone for a gaspipeline to europe and the reward for lebanon would bea supply of weapons, not the latest but workable, or settle the boundary dispute in the sea between palestine and lebanon since the jews, as per usual hubris, asked for far too much. and the EU is about to foot the electric cable from europe via cyprus to israel.

Much as You all has been eating it trying to grow Your brains. Instead You remainded bonehewad mad of wood only good for housenbuilding and firecamps.

Yes it did. Lebanon is in a very serious financial situation because of it and is bordering on collapse right now.

verner
Reply to  Fog of War

but hezbollah is still a force to be reckoned with, which the slime and pestridden jews had hoped would not be the case and as I said, hezbollah is what is in the way of the jews plans to take lebanon and they won’t go a way and in the discusssions on the boundary where the mediating yankee-twats had as a requiremnent that hezbollah would not be part of the negotiations and, yes are the jewish twats from washington dc disappointed today.

You forget the reaosn for the temporary Litani river and the other versions.

Hesbollah might make Lebanon very rich again by selling all theit missile stuff and rent their many caves into Tourisme.

Many destinies along the coast are for the ones loving the sun and its D vitamines. The women ther should need that too and a lot of other things, so theuy are not below cars in marrigae and most ofther things.

But there are actually people, which even by doctors are adviced to take more days living in the dark. ts a large group and manyy are westerns from Northern Europe. They could go there and maybee play soldiers game having old stinking unioforms and old bread. They might even try to use Aleppo soap and smell and taste(!) better then Hesbollah.

Thats the best way for the too small Iranian enclaved. I sure we would support that helping up local profesional Tourist Guides into jobs too. Many here dont like Turkey very much.

As Yoú see even pigs can be to sunburned and ill 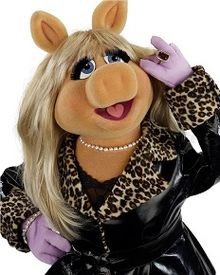 I have heard Saudis are shy shy if they have too dark skin. Those might live there for a kind of highscool period, if You implment camels. Many today cant find each other, when its dark.

They’ve already tried this and also that, but no avail. Hariri, Aoun, all them punks connected to KSA are shit scared from Hezbollah.

So France is gifting their military surplus weapons to Lebanon.
I would have thought that surplus French construction equipment is what the Lebanese people really need.

Maybee they dont define “Lebanese people” as You do.

Those parts of the military forces are also supported by the Saudis, because Saud no more are allowed to support ISIS.

Im sure my version for whats needed is not Yours. They all should lay down their weapons and especially Hesbollah AND EDUCATE AND WORK.

To many especially Hesbollahs dont know what that is being some Superwarriers almost defeating anybody else in the Region even importing Assads as invation and same kind of Lira Economy.

By that there would be an own production as well as no or less need for weapons.

…I dint forget the rest is only slightly better´not even able to make a electricity system for all too often controlling areas by simple fuel generators.

The corruption seemes high all over too.

..Finally France still has some very good contacts there older then the imported spendables from Iran and it overpopulation. Many are easy to see. They are in their big graveyears and the ones alive often has only one leg or arm. Whats insiode their skulls for the rest of them are difficult to see. If my computer was like that it would be staring all over or at least control alt delete.

Hezbollah says: ‘Thank you, you punks!’