According to an official announcement, the agreement, which was signed on April 4, 2017, entered into force on August 1, 2020 after the completion of internal procedures.

“This agreement strengthens and further expands the cooperation of the Republic of Cyprus with the French Republic, in matters of defense and security, while at the same time it is an important step towards achieving the common goal of ensuring a stable and secure environment in the Eastern Mediterranean,” the announcement said.

The agreement “enhances co-operation between the two countries in the fields of energy and maritime security, early warning and crisis management, as well as tackling terrorism and piracy.”

In addition, it states, “at the military level, co-operation in the fields of armaments and defense technology, joint training of military personnel and conducting search and rescue exercises is envisaged.”

“The Cyprus-France Defence Cooperation Agreement confirms the excellent level of bilateral relations and the multifaceted cooperation between them,” the announcement said.

At the end of July, President Nicos Anastasiades went to Paris to meet with his French counterpart Emmanuel Macron.

After the meeting, Macron called on the EU to come down harder on Turkey for provocations in the Eastern Mediterranean region.

Cypriot Foreign Minister Nicos Christodoulides said that it was agreed for France to play a leading role in the region, especially in matters that concern Turkey’s conduct.

He added that the French president had decided to invite the seven leaders of the southern EU member states (MED7) to a meeting in Paris at the end of August to discuss this issue.

The French president’s statements prompted a reaction by Ankara, which said that France, “with every statement it has made and with every wrong step it has taken on the latest developments in the eastern Mediterranean, keeps losing impartiality and her chance to contribute to stability in the region.”

“Turkey will not be threatened by anyone with a discourse of sanctions and this will yield no results,” Turkish foreign ministry spokesman Hami Aksoy, said.

Signed over three years ago, the agreement comes into force at a very opportune time that is expected to put further pressure on Turkey which appears dead set on extracting more resources in the Mediterranean, especially owing to the agreement it signed with Tripoli’s Government of National Accord.

It is high-time that all decent nations but the savage Turks into a box and bury them. The Arabs need to wake up.

Who are the decent nations?

well we must ask US that question. So they can “explain it” as usual, don’t we?

Oh wait…there is one problem with that….nobody gives fuck (except few usual stooges) what they have to say

You are too obsessed with them

Your 2 sentenses are not related at all. This is not even about arabs at all but SDF Kurds and Russia.

Arabs as usual are nothing and behave as nothing and even insist. As usual its ignored that most arabs in the whole region and also the Syrian ones dont support Assads.

I think thats a good idea. UK should support that much more too.

UK is a whore for Erdogan and Thani.

It’s wholly pathetic and I have the disgrace of living in the same country with such an establishments twisted mindset. (the retard of a PM (Johnson) has some Turkish blood himself)

Plus, old Boris is very loyal to his Turkish ancestors.

Why are you so stupid? UK already occupies a big part of Cyprus, neo-Crusaderism from Western Zioterrorists has never helped any nation.

He is genetically stupid and later drug dependency did not help.

Since when you are an Orthodox Christian?

Since I was baptized lol. Even then my dick was bigger than yours, now.

how come somebody who claims to be an Orthodox is so much anti-Russian than?

1.st I don’t claim to be anything. I have a big dick, that’s all.
2.nd I’m not as much anti Russian as you claim. You feel cool when you call westerners names and get butthurt when you are called back.
2.rd Religion doesn’t matter when you are savage. What if tomorrow you say you are a communist and start to execute christians ;)

my head hurts reading your arguments
whatever bacon , I don’t really care

Confused here, how many military bases are there in non-NATO Cyprus? So how will French/Cypriot defence fit in?

At least 1 British, in the SE

2 British on the Cypriot side, at least one Turkish on the side they invaded and haven’t they also got an UN base on the Turkish side?
How big is the Island?

Very big, you need a car to travel across.

Wow, you need a car to travel across. How unique. You also need documents to go from one side of the Island to the other. However, what could an aged French Aircraft Carrier offer the NON-NATO Cypriot Government that RAF Akrotiri cannot?

I dunno, for someone who thought Vikings were contemporary with David and Solomon I thought it’s the most stright-forward answer. UK doesn’t care as much as French for that oil, they have plenty of it.

Remind me, but, what is the title of the article?

Now remind me, but, why does the UK have two military bases on NON-NATO Cyprus?

So how does signing up with France to defend the Island, work with regards the defence arrangements already agreed?

This could actually be a far bigger story than assumed or perhaps not, owing to post BREXIT complications.

Cyprus was a British colony, they kept some bases just to remind them of the good ol’ times. But they don’t care of what Turks do in the nearby waters. They just sits and watch, like little ducks. On the other hand French signed with Nicosia for offshore drilling and they want to defend their assets from the pirate Erdogan at large. So French will protect their own stuff in Cypriotic waters. End of story.

How little you know. Remind me, but, what is stored at RAF Akrotiri? What is relevant with regards Dheklia? So how would Cypriot/French defence work and where would they locate French Forces on the NON-NATO Island?

Already told you French are interested in the oil so they won’t be located on the island.

So they will park up the old and tired aircraft carrier, somewhere in the med, to defend the heavily defended Island. Why is Maccron courting the Greater Israel Project nations, when he has so many domestic problems at home to deal with?

Its about blocking at sea. They have Charles de Gaulle.

Wow, one vintage aircraft carrier, when Cyprus has two UK military bases, with one stocked up with some nasty beasts. Sure the French aircraft carrier has a full schedule, without being anchored in the Med?

Rothschild boytoy Macron doing Ziocorporate foreign policy for his ilk and trying to drag Cyprus along. Why not simply sanction the Turks’ access to the EU market and/or suspend their NATO status? Right, Zioterrorist EU still expect to support anti-Assad ISIS/SDF/al-Qaeda in Syria with Turkish assistance.

Answer is simple. In the times of crisis and COVID recession the last thing Germany needs is to “sanction” 90 million people market because French ship has bumped into the Turk ship.
France would have hard time to convince everybody (specially Germany) that it is the best time and the best way to punish Turks…

Its not about punishing Turks but blocking and make sense – again.

Lel rather Turkey will suspend France from NATO

Turks has been very affiliated for many years being a part of the EU and world economy. So if we makes sanctions, we dont have vital parts of our own products and vic versa.

They produce WITH us.

By that we only dont seel them spareparts to their military forces and has lowered investments. And we do speak but if Erdo has ears, they have no batteries.

What Turkey do in Nato regi is legal.They are allowed to defend themself. We dont support them and we dont attack them. Its named as the musketeer oath saying all for one and one for all.

“in the fields of energy and maritime security, early warning and crisis management, as well as tackling terrorism and piracy.”

Must be French Total involved in gas exploration around the Cyprus.

the “maritime security, early warning”
Must be they have bought some French patrol boats, communication systems and or sonars to trace Turk activity in the region.

Thanks, now I see the things more clear :)

well if you want to call me presumptuous, arrogant, self-absorbed punk who thinks that he knows better than anybody else ….just go for it, do not hesitate

No, I won’t call you anything but if you want to write a pohem about yourself, I promise I’ll read it.

Remember our argument about Lebanon??
Look at this carefully, Lebanese people ask for help from the president of a colonist power!! This what poverty and extreme corruption make to people, lose of hope and turn against their own country. But no, no, they are not hungry dude! Those people calling for help are just zionists/nato-supporters/us collaborators they are just agents installed by Israel, never mind them.
https://mobile.twitter.com/sommervilletv/status/1291334715010682883

If you would be able to see how much I understand that type of betrayal.
Patriotic are almost always lower classes, others behave in general like an assholes most of the time.

Turkery must be pissed lmao

If I was Macron, I’d reconstruct the port and make a French Tartus.

we have scrapped the illegal MoU hastily devised by dubious entities

Mustafa Mehmet
Reply to  FANFARΟNE ? Year of the Pig ??

FANFARΟNE ? Year of the Pig ??
Reply to  Mustafa Mehmet 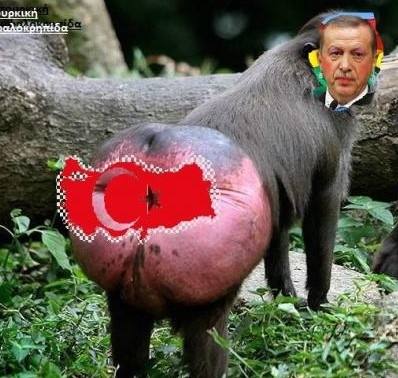 Mustafa Mehmet
Reply to  FANFARΟNE ? Year of the Pig ??

Czechoslovakia used to have a real defense pact with France before ww2.. well…

Dick Von Dast'Ard
Reply to  FANFARΟNE ? Year of the Pig ??

I see a ripe situation for Franco-Russo cooperation at the far eastern end of the Med.