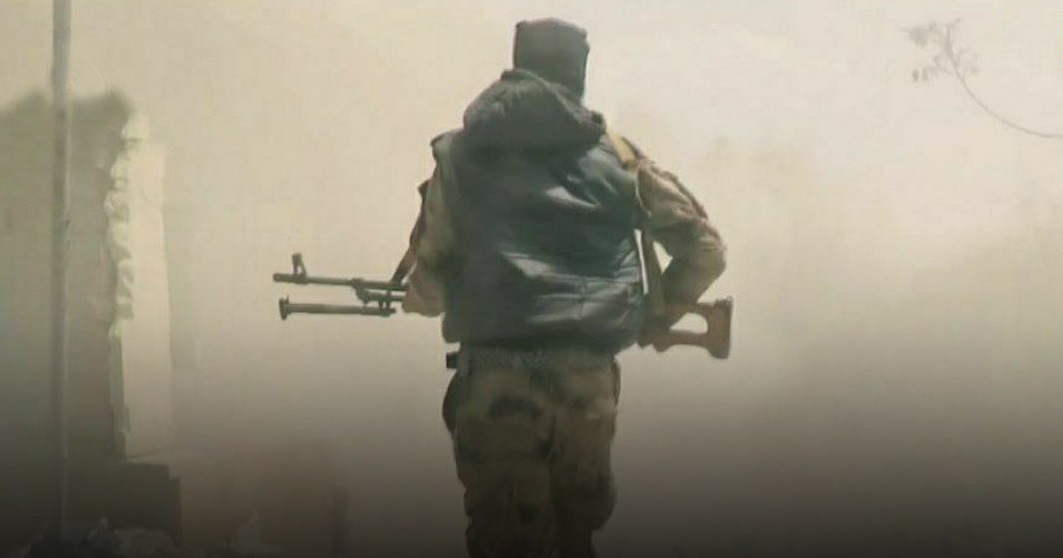 On July 22, four senior commanders of the US-backed Free Syrian Army (FSA) in southern Syria run away to Israel, according to the Syrian pro-government news outlet Damascus Now.

Over the last few years, several sources have accused the Golan Knights Brigade, the Saif al-Sham Brigades and the al-Ababil Army of cooperating with the Israeli military and intelligence.

Earlier, the Israeli military transported several hundred of the White Helmets and their families from southwestern Syria to Jordan. The Israeli military described the operation as a “humanitarian effort” at the request of the US and European countries.

The rats are abandoning the ship…. and going back to Ratsville…

israel: born by terrorism, lives by terrorism and will die by their own support of terrorism while screaming at others “terrorist”!!!

How much anybody want to bet they were Mosad or IDF?

I take the bet but first you need to prove you actually have more than 5 shekels in your pocket.

LOL, they must not be paying their keyboard disinfo warriors much. I feel a bit sorry for his circumstances. Maybe I can offer him a $5 gift certificate for Timbits and coffee at Tim Hortons – Canada’s main donut/coffee chain known for cheap prices.

the jew puppets they do get paid, but this one is either an american protestant or evangelikan, they just whoring for them for free. he is in the second category. Some of their whores, discover the others get paid and suicide, he is just too much of a moron and think he is important, doing gods work.

LOL! I simply blocked the idiot. He and his fellow zio troll$ can kiss my backside. No time, no patience for such asinine and puerile pukes.

You obviously have no idea who Steven Barry is.

Who else but Mossad? That’s a no brainer!

Mr. Barry I am a former subscriber to THE RESISTER. I knew Martin Luther on AOL. How’s it been? Have not seen anything from you in years. Do you have a web site or youtube Channel?

ISIS too is stacked with Shlomos pretending to be Mohammads.

The name of the gang by itself says it all: The Golan Knights

And they dare label us Anti-Semites! Those fucking RATS!!! A spade is a spade the same way a Jew is a rat! The shoes fits so they can damn well wear it!

This explains everything about israhelli terrorism,its just a satanic breeding ground ,full of ashkeNAZI fake Jews.

real jews are even worst, just for the record, if they still exist.

These commanders were from US and NATO to invade Syria but now they have been very badly defeated and cannot stay in front of forces of Syria, Russia, Palestine and of their allies.

“Mummy, mummy, we got battered.”

I’m sure that Israel is combing through the refugee tent cities and finding individuals who they don’t think are a threat TO ISRAEL. Whether or not they were involved in a war against other Arabs make no difference to them. And FSA are not Jihadists, they’re not fighting a NATO ally at the moment, and why wouldn’t they open their doors to exiles?

They were Jews all along.

O’DEAD in the water Yinon. Sinking and soon to disappear under the waves. Same for ‘israel’ and its creator/0verlord$. Tic toc…..

FSA RUN TO THEIR PAY MASTERS

They did not “run away” as claimed.. For they were JEWS and were simply allowed to cross the Golan Height demarcation line to be back in Israel where they started from…

Hard to imagine Russian troops surrounded and the commanders getting removed. Hard to imagine anyone of any rank serving with US troops. They learned to fear their troops in Viet Nam.

The US has a history of pulling out the senior officers and leaving the troops to die. Macarthur in the Philippines is a perfect example of how the US treats its ruling class, and how it treats the cannon fodder.

In Nam they shot them before they could get extracted. Give orders that get us killed, then killing you becomes self defense. Sure fight to the death to defend the homeland but when you are fighting so they can make money off of heroin and the selling of war equipment, not so much.

Everybody knows that ISIS FSA Israel UK and USA are the same thing, but they like to pretend they don’t know.

The party is over.

This should give a clue to the world out there, Muslim terrorists fleeing to ISRAEL..!

It should, but it won’t, humans, especially western humans will accept the comforting lies that come from their leaders, because they like the lies.

The road runners are fleeing.I bet they have broken a few speed records.