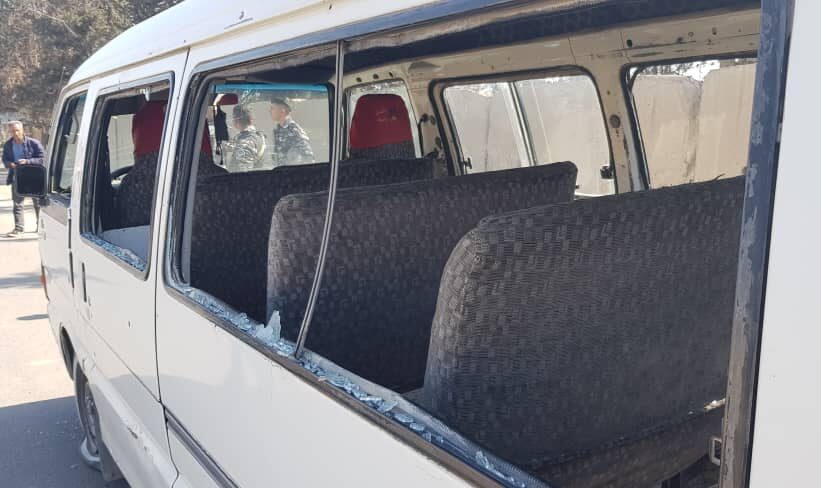 On February 24, four civilians were wounded as a result of a Turkish drone strike that targeted a road linking the towns of al-Qamisli and Amuda in the northern countryside of Syria’s al-Hasakah.

The civilians were travelling in a van that was damaged by the drone strike. According to the London-based Syrian Observatory for Human Rights, the real target of the strike was a vehicle of the Syrian Democratic Forces (SDF) that was passing by on the road. The military vehicle was not hit.

Turkish combat drones has been very active over SDF-held areas in northern and northeastern Syria for a few days now.

On February 22, a Turkish combat drone struck two positions of the SDF’s Manbij Military Council (MMC) near the villages of Mahsanli and Arab in the northern Aleppo countryside. Back then, no casualties were reported.

On February 23, a drone strike targeted a joint position of the Syrian Arab Army (SAA) and the MMC near the village of al-Jat, which is also located in the northern Aleppo countryside. Four MMC fighters were allegedly killed and two soldiers of the SAA were wounded.

Turkey’s recent drone strikes will likely provoke a fierce response from the SDF, and possibly the SAA. The strikes may trigger a limited military confrontation.