On August 18, an assassination attempt targeted a former Syrian rebel commander in the eastern countryside of Daraa.

The commander, Hassan Mansour al-Roudan, was reportedly shot by unidentified gunmen in the eastern outskirts of the town of Buser al Harir. Al-Roudan sustained serious wounds. However, he is recovering now. 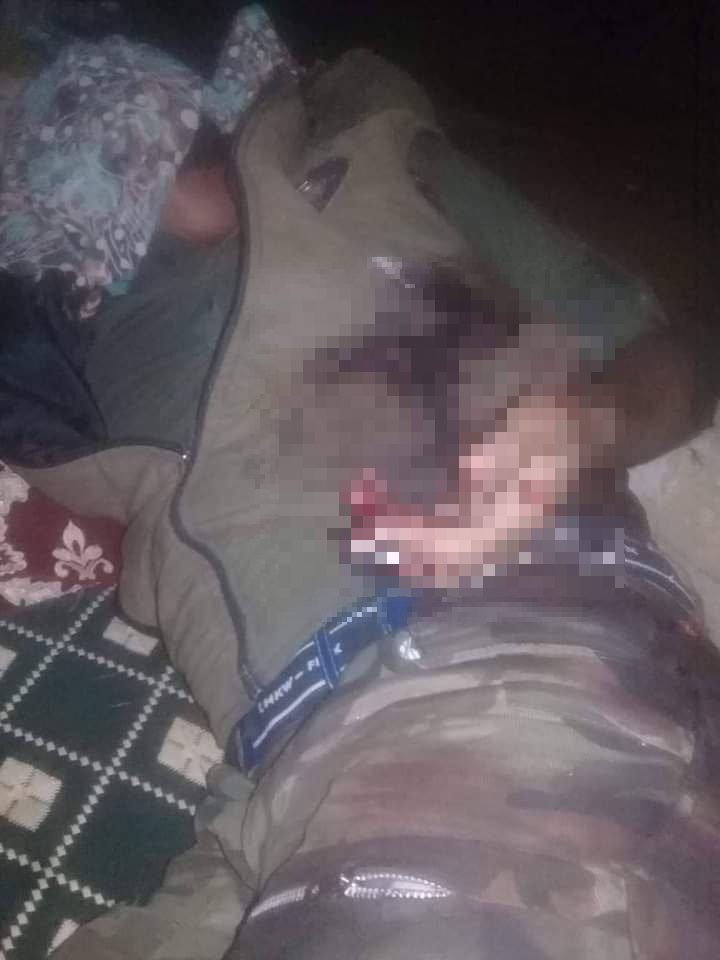 Al-Roudan, originally from the town of al-Musikah in northern Daraa, was a senior commander of the Tribes Army, that was one of the largest anti-government factions in the governorate. The commander joined the reconciliation process in 2018.

According to the sources, al-Roudan is now leading an armed group that operates in Daraa under the commander of Iranian forces.

Al-Roudan was reportedly linked with Iranian forces before the 2018 reconciliation agreement. In 2015, he handed over the bodies of a number of Iranian and Afghan fighters who were killed in a failed attack in Daraa.

This was the second attempt on al-Roudan’s life. In November of 2019, he was shot near the town of Izraa in northern Daraa.

ISIS claimed responsibility for the new attempt on al-Roudan’s life. The terrorist group is becoming more active in the northern and eastern parts of Daraa.

In the third attempt he will be shot in the head, his luck is running out. Iranian militia scum.

WOW, your revered brothers need 3 times to achieve the job? That’s what you get when you take on defenceless women, children and elderly and scare away from real opponents. ROFLMAO.

Shooting fish in a barrel and they still can’t get it right. Lebanon 2006 really did scared the living daylights out of them, hey.

“ISIS claimed responsibility for the new attempt on al-Roudan’s life. The terrorist group is becoming more active in the northern and eastern parts of Daraa.”

Quite clear it was ISISrael. Ziojew terrorist scum need to understand that Iranian presence in Syrian can only increase in support for the fight against Ziowahhabi terrorism.

Someone has launched a proper assassination campaign there

Funny you say that. Daraa is actually NOT “Assad” land. It is still a hotbed of FSA groups and gangs, goverment control is only partially, and not able to execute their power sufficently. And now it is not only FSA land but also ISIS land. Not to speak of Israel, who consideres Daraa to be their land.

Well, thats what I indicated. Many green busses didnt solve that.

Maybee I should loose less ironi.

Not a word about the Iranian militants closer to our border? afterall, he was one of them.

“Our” border? Which border is that? 1. Your zioracist “founders” and their successors never declared a border. 2. Your zioracist garbage dump keep crossing others’ borders. 3. Your whole zioracist sewer is squatting on stolen Arab land.

I am not crying, I am just stating some facts which have not nor cannot confute ??

I swear to God, you are so lucky we have Bibi the traitor and not some other Israeli PM like Sharon, Begin or Rabin. Your rats would have been long gone, but Bibi won’t save you forever.

Sharon the butcher was still chased out of Lebanon in 2000 by none other than ……… you guessed, the triumphant, respected, glorious Hezbollah. ?

Fook your border, which you don’t have. You haven’t got a constitution just to not defining a border.

Besides, he is in another country. Why do you shove your nose where it doesn’t belong? He wasn’t in occupied lands, he was in an entirely different country.

You are making me to hurt your candidate just to make sure Bibi continues to torture you.

He doesn’t need to be there in the first place, Hezbollah too. All they do next to us is to try opening up another front against us, claiming they’re fighting the “rebels”. Which rebels exactly? most of them joined the SAA. Your actions are just provocations and you know it Garga, go home buddy before it’s too late because you’re crossing our security redlines. On other news, Hamas calmed down after we told them we are going to kill their leaders in the Gaza strip if they don’t stop the balloons and rockets. Le’ts see if they got the message or an operation starts. https://www.israelhayom.com/2020/08/19/report-security-escalation-may-prompt-israel-to-resume-targeted-assassinations-of-hamas-officials/

You ilk are very nosy. It’s none of your business who is where.

You probably get upset too when your neighbour has guests.

We are quite comfortable in Syria. We are there legally and by invitation. If needed, asked and with permission of the Syrian government there’s not a point where we don’t go. Your stupid leaders made a mistake years ago and doubled down on it, we are there as one of the consequences of that mistake.

I am serious about Bibi. Were you again in the streets yesterday?

If a state borders on israhell, it already knows what awaits it, dollars a lot to finance terrorism, with the aim of destabilizing the state and thus being able to steal some land from it, the pattern is so repetitive and boring that no one should raise an eyebrow.