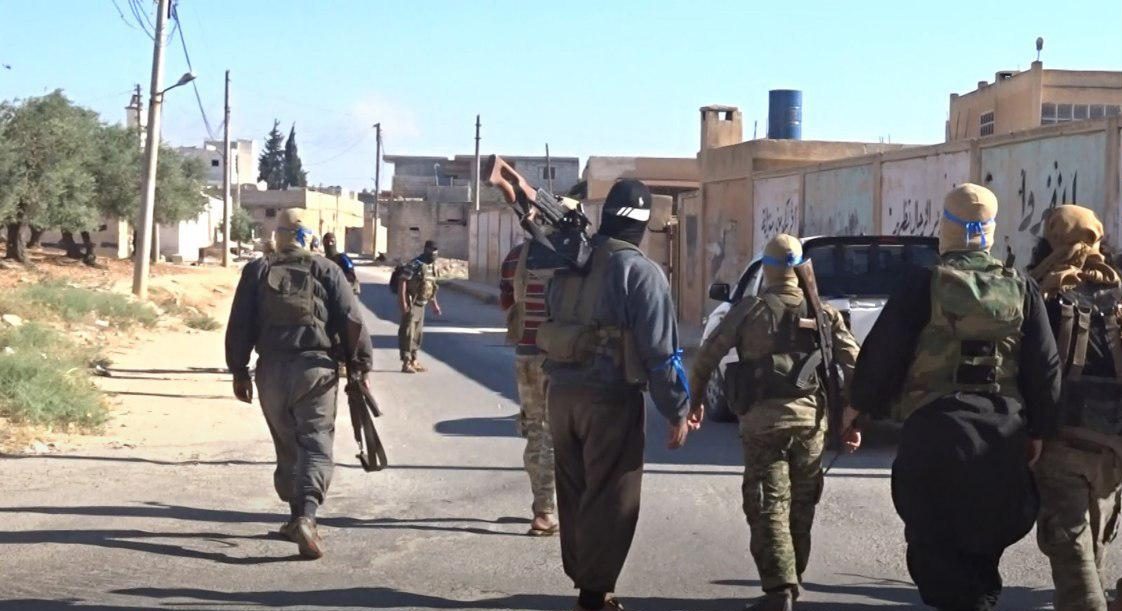 Former rebels from the southern Syrian governorate of Daraa will join the battle against ISIS cells in the central region, Enab Baladi reported on February 25.

According to the pro-opposition outlet, fighters from the 8th Brigade, a unit of the Syrian Arab Army (SAA) 5th Crops that is dedicated for former rebels in Daraa, are already on their way to the central region.

A source familiar with the issue told Enab Baladi that the plan to deploy former rebels in the central region was agreed upon in a recent meeting between senior Russian officers and Ahmed Al-Ouda, the commander of the 8th Brigade.

“A military convoy of the 5th Corps left this morning, February 25, from Daraa, towards the Syrian desert,” the source said. “The 5th Crops fighters will be situated on the road between Palmyra and the city of al-Mayadin, south of Deir Ezzor.”

Tens of thousands of rebels in Daraa joined the reconciliation process following a large-scale operation by the SAA and its allies in mid-2018.

Right after joining the reconciliation process, the former rebels neutralized the ISIS-affiliated Khalid ibn al-Walid Army in wester Daraa. Later in the same year, they helped drive ISIS cells out from northern al-Suwayda.

ISIS cells launched dozens of attacks against the SAA and its allies from their main stronghold in the central region, the Homs desert, over the last year.

The deployment of former Daraa rebels in central Syria will mount more pressure on ISIS cells. At the same time, this will improve coordination between the SAA and the former rebels.

Ahson
Reply to  Assad must stay

Cornering them into Idlib was a great move no? Now we know they’s all in one spot. Contained and powerless. On a bad day both Russia and Iran unleash their wrath and its the end of the jihadi wahabbi, along with their turkish mongol Al-Qaeda sponsors.

Was a great moment Daraa was liberated. Now these former ‘rebels’ can show their renewed loyalty to the people of Syria

Use them but never turn your back.

The 8th Brigade is leaving Darra, mmm, that’s a rabbit pulled out of the hat for sure, but will the rabbit trick be enough to amuse the audience, I have my doubts. The 6 wanted men haven’t left Darra as far as I’m aware and the deadline was last Thursday, so the ultimatum hasn’t worked out the way the Iranians wanted. But this sudden and unexpected deployment may be a way of appeasing the Iranians, because now the 8th Brigade are separated from their home base with nowhere to run, instead they’re stuck right in the middle of Iranian controlled territory and a long way from home, mmmm, what could possibly happen. The anti Iranian 8th Brigade has been removed from the most anti Iranian area of Syria [their hometowns], and relocated to the second most anti Iranian area of Syria, but it’s an area Iran controls with an iron fist, so the totally anti Iranian 8th Brigade will have Iran watching their backs while they’re fighting Isis in Iranian controlled territory, mmmm. But the 8th Brigade won’t be there without any support, the local Sunni population will welcome with open arms, they hate the Iranians too, so Iran’s plan may backfire, especially if they try to use the 8th brigade as bait, that’ll fuel resentment in not only Darra and the central region, it may also upset the Russians too. How well they cooperate with the Shia NDF and Iranian forces is yet to be seen, but of more interest is exactly where and how they’ll be deployed, because breaking up this unit into small isolated units and then deploying them to danger zones is a sure fire way of getting them all killed, and a good way to get rid of an unwanted Iranian problem, mmmm. I hope not.