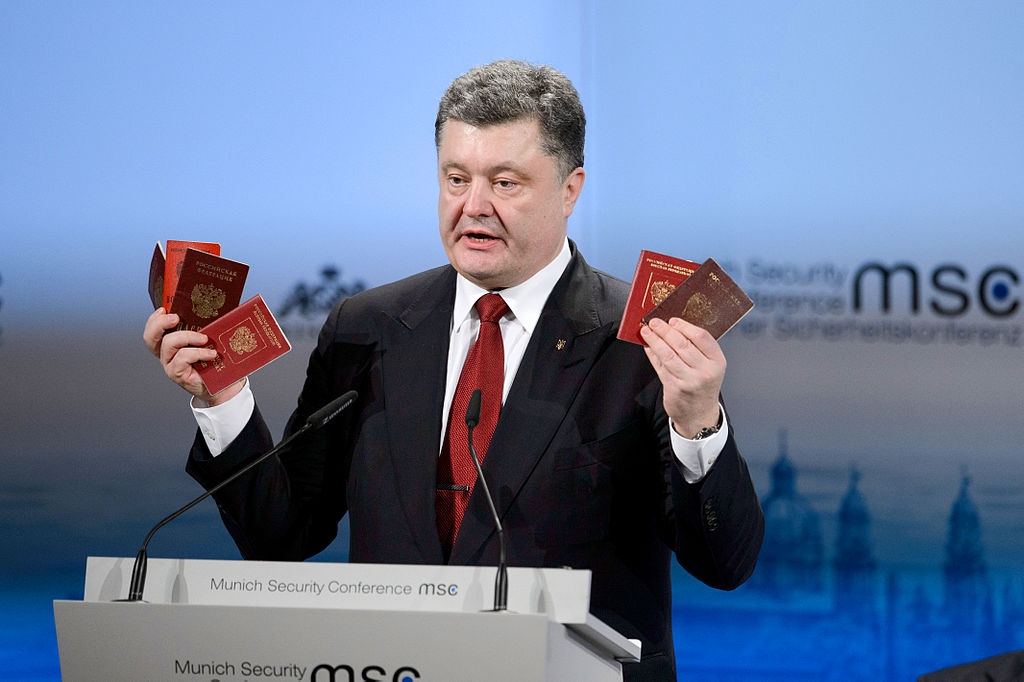 On July 21st, Ukrainian businessman and politician David Zhvania revealed some open secrets of the Ukrainian politics, including crimes that former Ukrainian President Petro Poroshenko had carried out. The irony of the situation is that Zhvania was, at one point, the leader of Poroshenko’s campaign headquarters.

He said that Euromaidan was ruled by criminal groups led by the people who were leading the parties that came into power following the coup – the BPP (Bloc of Petro Poroshenko) and the National Front.

He also said that he had participated in giving multimillion-dollar bribes to European officials in exchange for their support to Poroshenko’s election as president.

The former member of Ukrainian parliament, in his video message, said that Ukraine is threatened with a new coming to power of Poroshenko.

This is a criminal group that from the very beginning participated in the Maidan solely for the sake of seizing power and personal enrichment,” Zhvania said.

He said that following the 2014 Maidan, an organized criminal group took power in Ukraine, and he admitted that he was part of it.

According to Zhvania, it was this criminal group that financed the protests and thwarted any options for agreements with the authorities (the Yanukovich government), which were designed to avoid escalation.

“I was also a member of the organized criminal group, which seized power in 2014 on the wave of popular protests. We financed the Maidan, we fueled protest moods in the media, thwarted the government’s peace initiatives, conducted separate negotiations with deputies of the Party of Regions, and negotiated with foreign embassies.

The organized criminal group included Martynenko, Poroshenko, Turchynov, Yatsenyuk, Klitschko. Each of whom has attached its own group. Turchinov, for example, brought Pashinsky and Parubiy,” Zhvania said and added that he was ready to testify on this matter.

After the coup victory, Zhvania’s group engaged in political corruption to secure the presidency for Poroshenko.

“I and Klimkin (note: Klimkin later became the foreign minister) directly participated in the transfer of 5 million euros through the Ukrainian Embassy in Germany for one high-ranking European official at that time in order to ensure support for Poroshenko as a candidate for the presidency of Ukraine from the EU. I am ready to provide the circumstances of this to the investigating authorities,” Zhvania claimed.

In his opinion, Poroshenko became president as a result of the consensus of the oligarchs. And he took on certain obligations to them, which in most cases he carried out.

According to Zhvania, during his tenure as president, Poroshenko acquired approximately $3.4 billion in bribes.

The former politician hoped that President Zelensky “will have enough political will to bring the case of Poroshenko and his entourage to an end.”

“Poroshenko today, on the eve of local elections, may try to run for mayor. Before Maidan, it was his dream – he humiliatingly begged Yanukovych for the right to run for mayor of Kiev, was ready to give a bribe for this. Yanukovych did not allow, and Poroshenko did not dare to disobey,” Zhvania said and promised to reveal more in the following weeks.

In brief, he said:

David Zhvania is a well-known Ukrainian businessman from Georgia. Long-term business partner of the deputy of several iterations of Parliament Nikolay Martynenko.

Zhvania was also a member in four different Ukrainian parliament configurations. In 2004, he was an ally of Yushchenko, was a member of the Our Ukraine bloc, and took part in the Orange Revolution. In 2005, he served as Minister of Emergency Situations in the government of Yulia Tymoshenko.

In 2006 he went to the Verkhovna Rada from “Our Ukraine” and Yushchenko, but he had a falling out with him.

In 2010, he became friends with the Yanukovych team.

In the 2012 elections, he entered parliament as a self-nominated and non-partisan candidate in 140 constituencies. He was a member of the Party of Regions faction, but left it in 2013 when the Revolution of Dignity began.

In the 2014 elections, he was one of the heads of the electoral headquarters of the Petro Poroshenko Bloc. People’s Deputy Aleksandr Onishchenko stated that he transferred money to Zhvania for a seat in the parliament of the 8th convocation.

Porky was not kosher.

Literally “Nobody” in Ukraine is kosher in any way.

Bosnia is not that far behind or Azerbaijan.

Entire Balkans is the barrel of gun powder.

Would you kindly stop spreading that Western anti-Balkan and mainly anti-Serb propaganda bull*hit slogan. Slogans like “Balkanization” and “Balkans is the barrel of gunpowder” were propaganda created by Germanic tribe mainly. All the European powers who were starting their proxy wars in Balkans as way to lower the tensions, pressure between themselves were using the Balkans exactly for that. While in the same time labeling people from the Balkans as some kind of lunatics who endlessly seek conflicts.

I think this time EU and US are “barrel of gun powder” with ever growing debt, uncontrolled emigration, joblessness and deep economic crisis.

My mind was in Greece, about Turkey, but you, ser, expranded my views.

The second heroic Ukrainian within two days. If they keep that up I will have to reevaluate my stance on them. Maybe there is still hope…

I kept telling the exact same thing for 6 years. Better late than never…

so (who) (really) shot down the airliner then???

Ukranian pilot,32mm rounds fired from south west direction (proof)! No coincidence that pilot was murdered in his own place: Rest then is pretty much the no brainer,to be frank.

PorK-oshenko is the biggest asshole in recent political history, what he did best was the profession of the chocolate maker, but also as a liar, traitor and corrupt was not bad.

I knew this since it happened, but I bet the lamestream media won’t cover it at all

This is what happens whenever the Zionists are allowed to breed in any country. They Lie, Cheat and Steal until all the state institutions are corrupted. The greatest example of that today is the destruction and looting of the USA, and this is a tragedy for all the decent Americans. Even those who cannot locate Ukraine on a map :)