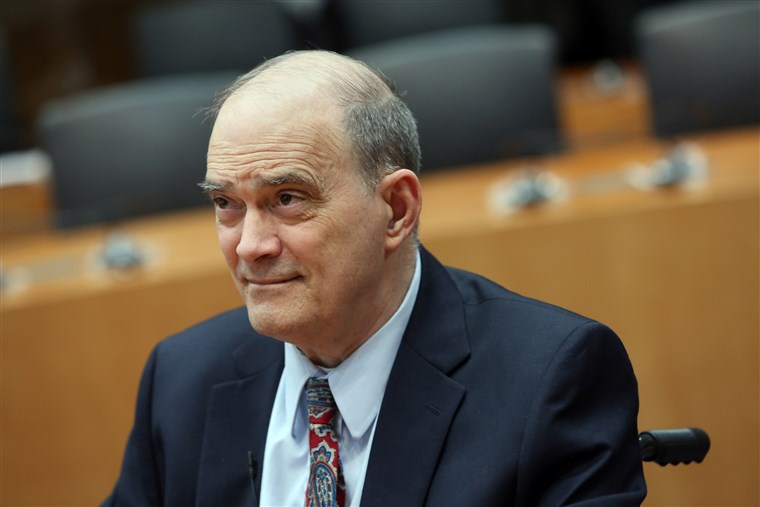 On December 12th, the retired NSA whistleblower and former Technical Director of the NSA, Bill Binney asserted, at 39:00-44:00 in this audio interview of him:

BILL BINNEY: I basically have always been saying that all of this Russian hack never happened, but we have some more evidence coming out recently. We haven’t published it yet, but what we have seen is that there are at least five items that we’ve found that were produced by Guccifer 2.0 back on June 15th, where they had the Russian fingerprints in them, suggesting the Russians made the hack. Well, we found the same five items published by Wikileaks in the Podesta emails. Those items do not have the Russian fingerprints, which directly implies that Guccifer 2.0 was inserting these into the files to make it look like the Russians did this hack. Taking that into account with all the other evidence we have; like the download speeds from Guccifer 2.0 were too fast, and they couldn’t be managed by the web. And that the files he was putting together and saying that he actually hacked, the two files he said he had were really one file, and he was playing with the data; moving it to two different files to claim two hacks. Taking that into account with the fabrication of the Russian fingerprints, it leads us back to inferring that in fact the marble framework out of the Vault 7 compromise of CIA hacking routines was a possible user in this case. In other words, it looked like the CIA did this, and that it was a matter of the CIA making it look like the Russians were doing the hack. So, when you look at that and also look at the DNC emails that were published by Wikileaks that have this phat file format in them, all 35,813 of these emails have rounded off times to the nearest even second. That’s a phat file format property; that argues that those files were, in fact, downloaded to a thumb drive or CD-rom and physically transported before Wikileaks posted them. Which again argues that it wasn’t a hack. So, all of the evidence we’re finding is clearly evidence that the Russians were not in fact hacking; it was probably our own people. It’s very hard for us to get this kind of information out. The mainstream media won’t cover it; none of them will. It’s very hard. We get some bloggers to do that and some radio shows.

Also, I put all of this into a sworn affidavit in the Roger Stone case. I did that because all of the attack on him was predicated on him being connected with this Russian hack which was false to being with. All the evidence we’re accumulating clearly says and implies, the US government — namely the FBI, CIA, the DOJ, and of course State Department — all these people involved in this hack, bought a dossier and all of the information going forward to the FISA court. All of them knew that this was a fake from the very beginning, because this Guccifer 2.0 character was fabricating it. They were using him plus the Internet Research Agency [IRA] as “supposed trolls of the Russian government”. Well, when they sent their lawyers over to challenge that in a court of law, the government failed to prove they had any connection with the Russian government. They basically were chastised by the judge for fabricating a charge against this company. So, if you take the IRA and the trolls away from that argument, and Guccifer 2.0, then the entire Mueller report is a provable fabrication; because it’s based on Guccifer 2.0 and the IRA. Then the entire Rosenstein indictment is also a fabrication and a fake and a fraud for the same reasons. The judges seem to be involved in trying to keep this information out of the public domain. So, we have a really extensive shadow government here at work, trying to keep the understanding and knowledge of what’s really happening away from the public of the United States. That’s the really bad part. And the mainstream media is a participant in this; they’re culpable.

The CIA-edited and written Wikipedia, in its article about Binney, accuses him by saying — while providing no footnote or linked-to source for their allegation against him — “His dissent from the consensus view that Russia interfered with the 2016 US election appears to be based on Russian disinformation.” Ever since Binney went public criticizing U.S. intelligence agencies, they have been trying to discredit him. Thus far, however, their efforts have been nothing more than insinuations against his person, without any specific allegation of counter-evidence that discredits any of his actual assertions.

Windows 98 was the last operating system to use the FAT format, which suggests that these files were created on a computer running Windows 98.

Well FAT may not a common OS file system anymore, but it is still widely used on various removable media such as a USB sticks.

Actually FAT only records to a 2 second resolution.

Agree, but that’s what he said, right? “…these emails have rounded off times to the nearest even second” = 2 second resolution. Haven’t followed the details, but surprised that each email is even in a separate file. Seems like an odd way to export them. No idea what options they had.

Guccifer 2.0, people should remember him for ratting out Barrett Brown and other brave people trying to expose the deep state. Guccifer 2.0 is and was a gov’t spook, or a traitor to his own kind. I prefer the former.

Could there be a War going on within American Intelligence?