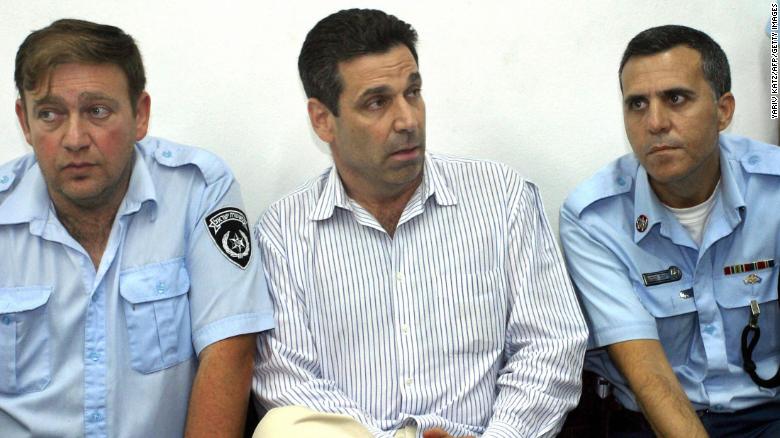 Segev was allegly providing Iran with sensitive information about locations of security centers and the country’s energy industry. The former minister was allegedly an active agent at the time of his arrest and had twice been to Iran to meet his handlers.

The Times of Israel reports (source):

According to the Shin Bet, Segev, whose former ministerial responsibilities included energy and infrastructure, has knowingly been in contact with Iranian intelligence officials since 2012, making first contact with them at Iran’s embassy in Nigeria.

“Segev gave his operators information about [Israel’s] energy sector, about security locations in Israel, and about buildings and officials in diplomatic and security bodies, and more,” the Shin Bet said in a statement.

“Segev even visited Iran twice to meet with his handlers in full knowledge that they were Iranian intelligence operatives,” the security service said.

The Shin Bet said Segev met with his Iranian handlers in hotels and safe houses around the world and used a special encrypted device to send them messages in secret.

He was accused of making contact with Israeli figures in security, defense and diplomacy in order to mine them for information to send to Iran.

According to the Shin Bet, he also tried to make direct connections between his Israeli contacts and Iranian handlers, presenting the spies as businesspeople.

In mid-May, Segev traveled from Nigeria to Equatorial Guinea where he was arrested by local police and sent back to Israel, the intelligence agency said.

On Friday, he was indicted in a Jerusalem court on charges of assisting the enemy in wartime, spying, and a number of other related crimes, but the case remained under a gag order until Monday. Some details of the case remain sealed.

Segev got his ministerial office in 1995 and headed the Energy and Infrastructure Ministry (now known as the Ministry of National Infrastructure, Energy, and Water Resources) until June 1996.

After his political career, Segev became a businessman. He was arrested in 2004 for attempting to smuggle 32,000 ecstasy (MDMA) tablets from the Netherlands into Israel. Additionally, he illegally extended his diplomatic license and committed several offenses involving use of credit cards.

Wow, maybe we will now all forget about Nutty’s corruption charges !!!.

Laura Isabel
Reply to  You can call me Al

And suddenly the so democratic Equatorial Guinea, giving him official entry visa first and then stopping him, doesn’t like his “background”…

YES! Bibi must stay now, they are under attack from within! At least the Israelis finally admitted that they are ‘at war’. Of course they didn’t mention that it was war against the world. Funny that all these countries will turn over people wanted by Israel, but Israel never turns over one of their own, no matter the crime. Zionist control tentacles are everywhere.

Is a jew is not his fault, if he can not say no, to money.

Probably as fake as most news emanating from that source

A drug-dealing spy for Iran? Uhuh yeah sure. NOT! Probably Netanyahu’s son’s drug dealer whom he wants ‘out of the way’. And even IF this story is true, then that means that Iran has some two dozen other spy cells who have NOT been caught. Either way the wind blows on this story, israel loses ha ha.

Yet another Bibi Netanyahu-BS, to reignite some heavy discussions about IRAN… and to get rid of some challengers at home in ISRAEL: Bibi is charged with CORRUPTION.. Well … surprise, surprise !! => Maestro BIBI is learning something from student Recep Erdogan :)))))

Yes suddenly after “blowing news” about Iran presented by Bibi, Segev is a good pawn sacrifice in “times of war”. This makes no sense.

Any Iranian ‘hookers’ involved? This has to be a ‘honey pot’ operation – like the one involving Uriah the Hittite.

Many people think that those who oppose ISRAHELL have inferior intelligence and military means to some extent, which is propaganda to reassure the settlers and their murican mutts/western european supporters. Some people might not know this but in 2006 when the first ISRAHELLI spec ops & ground forces entered the southern Lebanese territory they started receiving messages on their military devices saying “Welcome to the South of Lebanon, we are here to keep you company !” from Hezbollah .

Great, I hope that there are a lot more like him. And that they will help eliminate Israel and Judaism from Palestine and our planet to create a Jew free planet that will be better for former Jews and everybody else. Israel should have never been admitted to the UN in the first place. And Judaism should be outlawed world wide.

The end of Israel, the end of Jews, viva la Palestine!