The Iranian authorities placed former Iranian President Mahmoud Ahmadinejad under house arrest after he had publicly criticized the current Iranian government, according to a report of the UK-based al-Quds al-Arabi on January 6.

According to al-Quds al-Arabi, Ahmadinejad accused the government of Iran President Hassan Rouhani of mismanagement and criticized it during a public speech in the southern city of Bushehr on December 28.

“Some of the current leaders live detached from the problems and concerns of the people and do not know anything about the reality of society … What it suffers Iran today is mismanagement and not lack of economic resources,” Ahmadinejad said in his public speech, according to al-Quds al-Arabi.

The al-Quds al-Arabi report suggested that Ahmadinejad’s statement was likely a response to President Rouhani, who accused him earlier of planning to confront the Iranian government.

Western and Arab media linked the supposed house arrest of Ahmadinejad to the current protests in Iran, that also begin on December 28. However, the former Iranian president faced several legal problems after he left the presidential office in 2011.

On December 18, 2017, Iran Prosecutor-General Hojatoleslam Mohammad Jafar Montazeri said that the Iranian judiciary will take legal steps against Ahmadinejad after accusing him and some of his close allies of “sedition” and other crimes. Both sides later exchanged offensive statement against each other with Montazeri describing Ahmadinejad’s presidency as a period of “lawlessness and lies” on one occasion.

These facts suggest that the supposed house arrest of Ahmadinejad might have more to do with his personal legal problems, rather the ongoing anti-government protests in Iran.

It’s not the first time we hear this news.

Alef.ir says the same thing, in addition with a screenshot from a pro-Syrian terror groups Telegram channel which seems to be the source of this news:
http://www.alef.ir/news/3961017165.html

I’ll update this comment whenever I find something on domestic news.

I couldn’t find anything on the official IRNA (Islamic Republic News Agency) website yet.

this is normal situation in dictatorship. during socialism we also were informed from western media, what happens in socialist barrack. and the western media were right.

you, as ayatollah padawan should know this :)))

How many shekels today agent solomon?

2 bugs in your computer

no, he accused me, that i put bug in hos PC, several months ago :DDD this alexander is sooo much stupid! :DDDD

Solomon and i were having a heated debate at the same time my computer was attacked. Solomon claims innocence, and i never found the identity of the attacker, but I wouldnt say he didn’t do it. Be careful with agent solomon, he has a nasty toolkit.

Solomon, is that you? 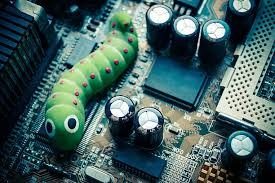 sounds like you work hard, lots of shekels today

sasha, i tell you something. severalmonths ago you wrote me. you told, you come here only for information and don want to be attacked. i respected this. IF YOU ARE GENTLEMAN (which russians usually are not!), you will make the same. but i understand, if you behave yourself as primitive russian drugger and drunker.

Solomon, you make your arguments, I will make mine. When i expose your bias, you get angry. This is either because I am so very wrong, or not.

all right, i will renew my attacks on you.

easy waste of something what does not exist :DDD

Solomon, you opine about the things and places which you don’t know a lot.
Iranian government and Judicial system has never been shy about declaring they arrested someone or condemned another one to punishment.
Western media in the days of Soviet Union and their current situation are vastly different. It seems then Soviet media and today’s western MSM switched their places.

You peeper! I’ll report you to your own wife so she plucks the remaining strands out of your scalp!

PS. Ayatollah is not a Jedi master so he doesn’t have a Padawan. Perhaps you meant I’m a pawn?

I saw you slobbering over the second one from the right’s legs.

Shame on you… She’s almost as old as your parents now… :D

btw., iranian women are nice. and i can tell this also to mi wife. beacuse she knows, for me she is the nicest woman. :)

Mamma mia! You really need this one:
https://www.youtube.com/watch?v=gRbwFq9665k

Yeah, keep telling her that when she is pulling your eyes out. Just wait so I snitch on you…

jewsih nazi, go to the hell.
as it turns out still today, those socialist news are still until today more accurate, than your ziojewish propaganda, disseminated via jewish media monopoly.

Ahmadinejhad has been rightfully accused of financial corruption ever since his Presidency came to an end. Under his watch the biggest financial frauds in the history of the Islamic Republic occured and to this day Ahmadinejhad has never publicly addressed this important issue. Now that he’s about to get prosecuted he starts lashing out at the entire government accusing it of all sorts of corruption and treason. For the past several weeks he has been going around the country giving speeches and trying to rally the people behind him to confront the entire establishment. One of the more outlandish things he has said was accusing the Judiciary of secretly working for the British. The problem with that statement is that even if it is true Ahmadinejhad himself would be accused of treason for not revealing this important piece of information years ago and waiting until his own personal interests were in danger before talking.

He’s a traitor talking like that with the ongoing protests and the regular thugs just salivating at the chance to bring Iran down.

He is dangerous, throw him in some dark dungeon.