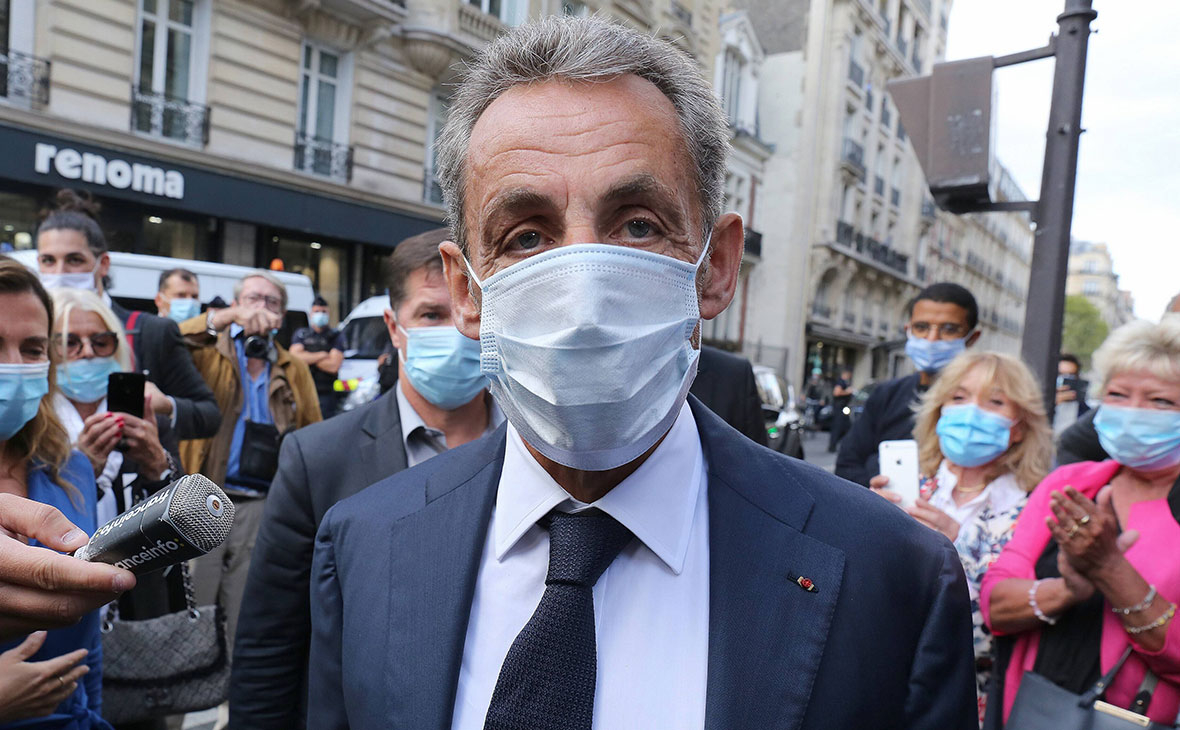 On March 1, a French court sentenced former French President Nicolas Sarkozy (2007-2012) to a year in prison and two years suspended for corruption, influence peddling and violation of secrecy of the court investigation. He became the first French president to be sentenced to jail.

In accordance with French law, if the sentence is to less than two years, then the convicted person may ask to serve the sentence at home.

Two other defendants are Sarkozy’s ex-lawyer Thierry Erzog and former judge of the French Constitutional Court Gilbert Azibert. They were found guilty of disclosing professional secrets and sentenced to similar terms.

Sarkozy was accused of trying to illegally obtain information from an employee of the French court of cassation Gilbert Azibert about an investigation into the illegal financing of his presidential campaign by daughter of the L’Oreal company founder, Liliane Bettencourt.

It was assumed that Sarkozy promised through his lawyer to help Aziber in obtaining a prestigious position in Monaco inxchange for secret information. Records of intercepted telephone conversations between Sarkozy and Erzog in 2013-2014 were cited as evidence. During these conversations, the interlocutors used the pseudonyms. Sarkozy was called Paul Bismuth.

Now another case is being investigated against former French President. It concerns the illegal receipt of funds from the Libyan leader Muammar Gaddafi.

In March 2011, the son of the former Libyan leader, Saif al-Islam, made a loud statement that Muammar Gaddafi financed Sarkozy’s election campaign in 2006 and allocated money to him later. According to Saif the bargain included more than 50 million euros. After the lawyer of the former Libyan Prime Minister Baghdadi al-Mahmoudi said that his client had confirmed the transfer of money from Gaddafi to Sarkozy, the French prosecutor’s office began checking the financing of Sarkozy’s 2006-2007 election campaign.

The French National Financial Prosecutor’s Office also confirmed on January 15 that it had opened an investigation for “influence peddling” and “crime laundering or delict” targeting its advisory activities in Russia.

The FNP embarked on these investigations following a report by the financial intelligence service Tracfin, concerning the reasons why Mr. Sarkozy was paid by a Russian insurance company, Reso-Garantia. The Reso-Garantia insurance group is owned by two Russian-Armenian brothers, billionaires Sergey and Nikolay Sarkisov, who confirmed to Mediapart that they had hired Mr. Sarkozy as “special adviser” and “chairman of the strategic advisory committee to from the administration board “.

Qaddafi donates over 50 million euros to Sarkozi for his for the 2006 election, later this scumbag turns and attacks Libya and Qaddafi. That is why western politicians cannot be trusted, the say one thing and end up doing something else. Russia found out in regards to NATO expansion. Iran is taking an intelligent approach in refusing to meet these EU and US politicians that drip with lies and cannot be trusted.

Strauss-Kahn resigned from the IMF on 18 May 2011, after being arrested by New York police on 15 May over allegations of sexual assault. He was on a plane, about to take off, when airport police asked that the plane be stopped; he was escorted off the plane and interviewed by police. The case was later settled for an undisclosed amount.[42][4

I wonder how many shekels New York attorney general Cyrus Vance got out of him.

Fog of War
Reply to  Jesus

That just means Qaddafi was a naive moron or fool. Take your pick.

Your weird bruh but try to trigger people in another way because I cant believe your this stupid. Unless you are, which in that case you shoot kill yourself.

Macaroni is faggot…loves big black d i c k up his arse!

Are you trying to tell us hes not Amish ?

Its so funny reading You belove. None here mention he is convicted for bad internal affairs and not som of your epistle here.

He is convicted for intensions to do an internal thing and by that promised a judge a job in Monaco for it.

But later on You might be at least right in small scale, because there are 5 or 6 more accusations too.

France do work. The law has too long and thin arms, but it work.

I take it as a compliment.

The is not the French court. He is accused and convicted as I wrote.

Im no socialist and not even french, and You dont know what socialisme is.

He killed a nation but he will never be condemned for it, they condemn him for the nonsense that everyone has committed in politics for as long as politics has existed, European [in] justice is like the EU: an aberration, stomach-churning even to an ostrich.

this murderer should have been sentenced to death as he did to Qaddafi.

How Russia’s Upcoming ‘EMP Gun’ Directed Energy Weapon Could Improve Its Su-57 Fighters and MiG-41 Interceptors Russia has invested heavily in developing its Su-57 heavyweight fighter into a sixth generation combat jet and is using existing airframes to test a range of technologies from hypersonic ballistic misses and laser weapons to artificial intelligence and remote piloting. More recently, indicators have emerged that Russia its developing a directed energy weapon which is likely intended for integration onto its new fighter – and possibly onto its MiG-41 sixth generation interceptor as well. https://militarywatchmagazine.com/article/russia-developing-an-emp-gun-directed-energy-weapon-for-its-su-57-fighters-and-mig-41-interceptors-reports

We voted NO to EU. He sent us into EU.

Hah! Good job, although this prick is guilty of far more than just corruption. Sadly the privileged toffies like him don’t actually have to go to prison, they just get house arrest – not much worse than covid restrictions really.

The other french minister got 10 years for rape,I guess too much for the nwo bank to digest so they had to try to demean at all costs the more logical democracy run by nowdays (non soros/ozi govmt) Hence the sudden 4 and a half rape accusations,seems france is losing traction on all fronts eg paris accords(null) and the bogus 220 billion dollar french sub scam fkfests of Turncoats(to be null)

France needs to get out of eu-epp,get back to proper industrialisation,atomic,nuclear,hydrogen etc! Where the real big monies is,boy do them overzealous imf/ecb banksters fear the truth that it is!