Hundreds of foreign mercenaries, armed with US-made assault rifles, have arrived to Donbass from Poland, the Baltic States, Canada and the US. 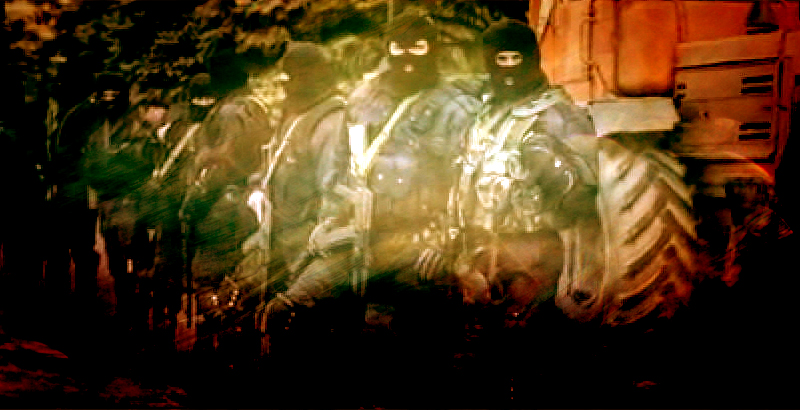 Hundreds of foreign mercenaries have arrived to the contact line in Donbass, Chief of the Staff of the People’s Militia of the Luhansk People’s Republic (LPR), Oleg Anaschenko, said, citing reconnaissance units of the republic. Reportedly, the fighters come from such countries as Poland, the Baltic States, Canada and the US.

“According to information received from human intelligence sources in settlements near the line of contact, several hundred mercenaries from the United States, Canada, the Baltic countries and Poland have arrived in the area, armed with small arms and equipment,” the Doni news agency quoted his words.

Anaschenko also noted that the Ukrainian side has created three training camps in the Ukrainian-controlled settlements of Bobrovo and Bobrovskoye, located near Severodonetsk. According to the LPR People’s Militia, Ukrainian soldiers are being trained there in urban combat, as well as in reconnaissance by foreign instructors.

“We have also recorded the presence of training camps in the village of Schastye (on the contact line) where American and Polish instructors teach sharpshooters and sabotage and reconnaissance groups for their further actions on the territory of the LPR,” Anaschenko added.

Anaschenko also said that an arrival of about 150 foreign mercenaries, armed with US-made assault rifles, as well as of off-road vehicles, infantry combat vehicles, armored fighting vehicles has been spotted in the settlement of Polovinkino in Starobelsk. According to Sputnik news agency, LPR intelligence sources reported that foreign mercenaries, armed with NATO-standard light weapons, have also been noticed in Trekhizbenka village in Slavyanoserbsk.

The Chief of the Staff of the LPR People’s Militia stressed that these facts once again confirm that the Ukrainian side is not going to have a peaceful dialogue in order to resolve the situation in Donbass, and rather would use any opportunity to destabilize it, trying to divert attention of Ukrainian people from numerous domestic problems.

IN THE SAME DAY ,PAVLOV WILL BE BURY THE LITTLE FEARFUL MOUSE OF KREMLIN WILL SHAKE THE HAND OF PORKY IN BERLIN.HE IS FAR ONE FROM THE MOST SLAVISH LEADER IN HISTORY `Leaders of Russia, Germany, France, Ukraine to meet on Minsk agreement on Wednesday The leaders of Germany, France, Russia and Ukraine have agreed to meet to discuss the implementation of the Minsk peace plan that was supposed to end the conflict in eastern Ukraine and to consult on further steps, a German government spokesman said. Steffen Seibert said on Tuesday that Merkel had invited the other leaders to Berlin for the talks on Wednesday evening – just over a year after the four leaders last met in this so-called “Normandy” format. The Minsk agreement was negotiated by Ukraine, Russia, Germany and France in February 2015. (Reuters)

Kiev has already decided that “Minsk is dead”. After two years they have yet to fulfill the political requirements (autonomy for the Donbass, etc.). They began a new offensive a few days ago to pressure Russia by reminding them that the Anglo-American Empire has a client state actively engaged in combat on their border. The Empire hopes to force Russia to withhold assets from Syria and spread its armed forces over too many fronts for it to effectively defend.

Hopefully you’ll march the them through Donetsk for the world to see, after you’ve defeated them.