Representatives of foreign intelligence services continue to try to organize a union of various groups with support of the Jabhat al-Nusra. 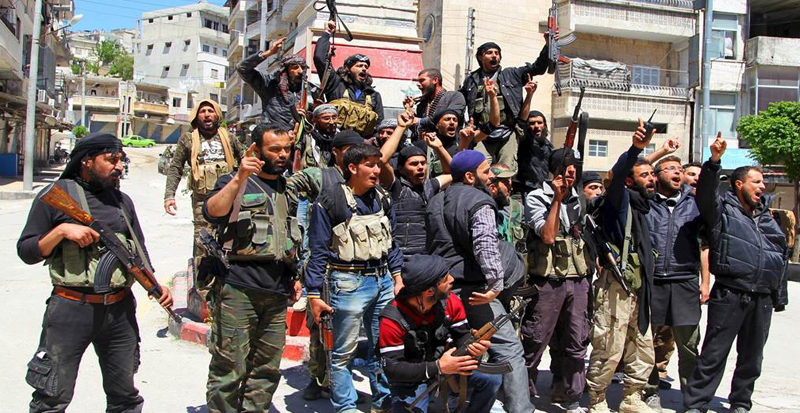 Representatives of foreign intelligence services continue to try to organize a union of various groups under names such as the Jabhat Fath Janub (the Front of the Conquest of the South), the Jabhat As-Soir al-Janubiyah (the Southern Revolutionary Front) etc. in the south of Syria.

The main purpose of the foreign ‘experts’ is to form relatively serious force, consisting of disparate local groups, with support of the Jabhat al-Nusra. And this force should become a real threat for Damascus.

However, this idea still is not successful. Local militants do not rush to fight or die under blows of aircraft. The most militant of them, as well as emissaries of the Jabhat al-Nusra are crushed near the cities of Deraa and Al-Baath.

At the same time, there also is an unclear situation at the south, in Suwayda Province, near the Syrian border with Iraq and Jordan. Young men from among the Syrian refugees, trained by American and British instructors in training camps in Syria and Jordan, are also sent to the battlefield. Officially, their goal is to fight against the Islamic State (IS) terrorist group, whose troops are trying to keep this desert area under control in the interests of illegal transportation of produced oil.

However, taking into account the fact that a significant part of the population of the region is so-called Druze – an esoteric ethnoreligious group, which is neutral to Damascus and has ties with Israel – from the point of view of preservation of the state sovereignty of Syria, the situation is quite alarming.