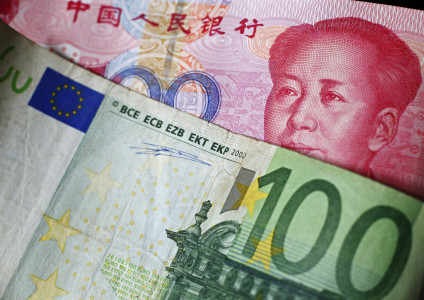 The role of the yuan in foreign trade with Russia will depend on Beijing’s ability to operate independently.

The Institute of International Finance believes that Russia’s current account surplus is likely to reach $200-240 billion this year. Experts note that Moscow’s balance of payments has historically been determined by the export of energy resources, raw materials and import of goods. Considering the price levels, especially for oil, Russia’s revenue from oil sales in March reached historic highs, something that was not expected when the West launched its economic war against Moscow. None-the-less, it appears that the yuan, China’s currency, will be the biggest winner during this crisis between Russia and the West.

Banks are now asking customers to open accounts in China’s national currency and this trend is being observed not only in Russia, but across the world. As early as 2019, Moscow and Beijing adopted the decision to gradually abandon the dollar in trading with each other. But, at the time, these were just the intentions and the first step: overall, Chinese banks still have large reserves of American dollars.

Now, China’s Foreign Ministry has raised the topic of switching to payments with Russia to the ruble or yuan. Discussions about transferring payments in the national currency of energy commodities are already underway. Beijing is pushing for a similar strategy in Southeast Asia and in its dealings with Arab countries. For example, Saudi Arabia is unhappy with Washington’s policies and calls the dollar a black hole. As a result, Riyadh and Beijing could change the payment currency of oil from dollars to yuan

Ten years ago, China began promoting the use of the yuan internationally and has achieved some limited success. It is recalled that Federal Reserve Chairman Jerome Powell said that events in Ukraine could change China’s financial trajectory and that Beijing can take advantage of the situation and start expanding the yuan.

According to the IMF, the yuan is the fifth largest reserve currency in the world, with central banks holding the equivalent of about $319 billion in reserves. Within the global economy, this figure is not so large: the yuan accounts for only about 2.5% of the total reserves of central banks. By comparison, the dollar accounts for more than 50% of reserves and the euro 19%. At the beginning of the year, Bloomberg reported that the Chinese currency had become the fourth most popular means of payment in the world.

Currently the yuan is used as a reserve currency in about 75 countries. The yuan could become the new international currency because China has a strong economy and the country produces everything from simple goods to high tech weapons.

In effect, it is Western policies that led Russia to expand trade with the East. For example, India and Russia are discussing the creation of a payment mechanism in rubles and rupees.

One way or another, Russia-China bilateral trade will quickly grow under the current circumstances. China has one of the largest reserves of rubles, with the Russian currency accounting for 13.8% of its foreign exchange reserves. In addition, China is Russia’s main trading partner, with the volume of transactions between the two countries exceeding $148 billion last year.

However, on a number of important issues – for example, the supply of parts for aircraft, Beijing has so far not adopted a specific decision. According to Reuters, China has reportedly recommended that its four largest oil and gas companies reduce their participation in Russian projects. China’s Foreign Ministry denied the report.

Although experts say the reason the yuan is so unpopular in international trade is because the Chinese government does not have a positive global image, this ignores the fact that China’s multilateralization and diversification of economic relations are still underdeveloped. In this way, so long as China’s economy goes strength to strength, the Russian economy and ruble will be able to weather the full effects of the West’s economic siege, something that was unlikely anticipated when sanctions were enthusiastically imposed.

For a long time, the maintenance of a cheap national currency was beneficial to Beijing thanks to the large volume of exports of goods valued in US dollars. However, the role of the Chinese currency in foreign trade with Russia will depend on its will and most importantly on Beijing’s ability to operate independently and autonomously from the West. Both Russia and China appear to be on the correct and accelerated path towards de-Dollarization.

Russian economy is doing quite well, thanks to China and India and the introduction of a Asian swift model and mutual currency swaps. US dollar is in real trouble now.

I started earning $90-120/hour in my free time by completing tasks with my laptop that i got from this company I stumbled upon on-line…(pla60) Check it out, and start earning yourself for more info:- .visit this site………… 𝐜𝐚𝐬𝐡𝐮𝐩𝟏.𝐭𝐤/

does Sawyer pay you in roubles?

About 82 (rubles) to the mighty us pedo dolla,if you want the best ivestment for the future go russian or chinese screw the parasites who post scams on these forums (period) Russian ruble is 100% fully gold/fossils backed!

A Yuan a day keeps petro dollar away 🤗

They should include an option of sharing because I would gladly share these catchy lines.

“However, on a number of important issues – for example, the supply of parts for aircraft, Beijing has so far not adopted a specific decision. According to Reuters, China has reportedly recommended that its four largest oil and gas companies reduce their participation in Russian projects. China” SF

But i thought we were friends?!

According to Disney news network. Meanwhile trade between the two countries are increasing. Oil and gas sales also increasing. Basically every country outside of the EU and anglo saxon colonies told the crumbling americant empire to go and eff yourselves.

Is Southfront also Disney network? Lolol thís is a quote from thís very page, ipsis verbis, of course you are so dumb that you did not even bother to read hahahaha what an imbecile

They quoted Disney news network. Big difference. But what would a double digit IQ ukrobot know.

Those poor clowns aren’t the brightest ones ^^

maybe you should get your medicine

didnt you read, beijing denied the allegation, maybe those info are from western msm

lIKE I SAID REUTERS JUST DESPERATE GLOBOHOMO WISHFULL STINKERS,DONT READ THEIR ARTICLES UNLESS ONE WANTS TO SEE HIT RATE OF LIES= 99%

And why are we still giving gas for europeans and not even getting rubels? Is my master Pudin being played like a poodle? They are Sending trains of weapons for everyone to see for God save that keep destroying my armies !!! Is thís 6d chess from my master poodle that i am not able to comprehend? Please help me !

My speculation on that, is that Russia isn’t giving in to EU, they are on the contrary proving to the world outside “the west” that Russia is a partner you can count on, a partner that will help you pay off your debt in a way that suits the buyer. This is all done to have Asian, Latin Americans and African nations to contact Russia for setting up trade

Another positive thing aabut “this backtracking” on the EU contracts by Russia, is that EU will no matter what Russia do, to facilitate trade with EU, do everything they can to destroy relations with Russia. This again will only have the repercution that EU will be seen as a unreliable buyer, that can’t be trusted

“as long you dont genocide other people” that is.

ofc this will hold some of the worser scum of this planet back but thats intended.

Heavy reading topic for trolls, right, since none of these dark creatures are commenting?

Ceasar
Reply to  the end

I like it ! Probably they are busy at looking up in the dictionary for the words like “multilateralization”. 😁

Probably their SBU HQ in glorious Ukropistan was hit again.

I don’t know how many barrels of sanctions Washington and 40 thieves have stored.

Watch….U.S. will now try to steal from and sanction China….

Right… China I guess love to deal with poor countries like Russia and India instead of EU, US, Canada, NZ, Aus, etc etc… this will make average person in China happy ;) loosing the best markets and access to modern technology for privilege of ‘dealing’ in rubles… yeah…

Russia needs to profit from the war to break the JWO’s grasp on humanity.

Yes! Your thieving soldiers need to steal more iphones and toasters from Ukrainians! This will definitely make Russia profiting from the war! Clever clogs! Well done!

“its all cool, russia makes more money than ever, despite lsong half of its militry equipment and launching missiles 24/7 for millions of bucks.

its all going awesome and will end soo much goody goody”

suuuure. its all soo good.