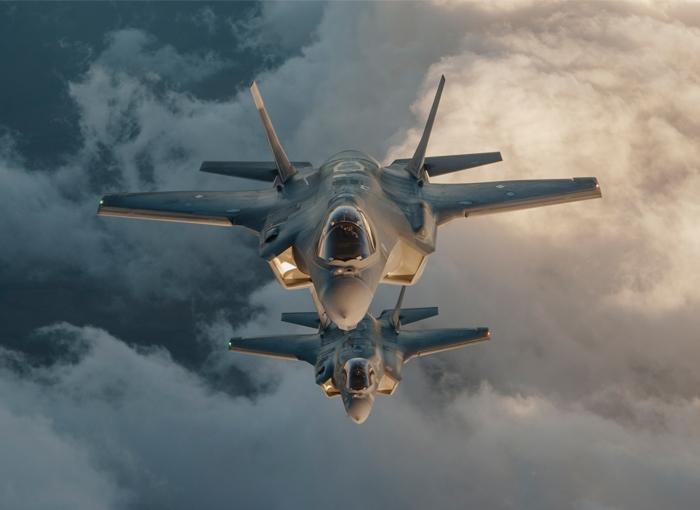 After the Rafale fighter jet showed its capabilities in the war against Libya in 2011, the French company Dassault won enough contracts to keep the production line open, as it was in danger of closing. Of the 180 aircraft ordered (the Rafale B/C for the Air Force and the Rafale M for the nuclear-powered aircraft carrier Charles de Gaulle of the French Navy), 140 have already been delivered. Another 24 Rafales were bought by Egypt, 36 Rafaleswill arrive in India by 2019 and probably another 36 by May 2022. Qatar is negotiating for 24 Rafale aircraft.France is pressing Belgium to replace its obsolete F-16 A/B fleet with the Rafale. Although it is the best in the 4++generation, the Rafale is also the most expensive, priced at USD 142–180 million, almost as much as the 5thgeneration F-35 stealth fighter. The cost per flight hour is USD 19,000. 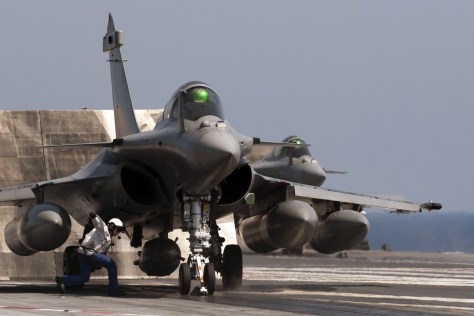 One of the goals of the Russian military campaign in Syria was to showcase its modern multirole aircraft. Russia now has an advantage in the market for Gen 4++ aircraft. The Sukhoi and Mikoyan plants have foreign contracts for more than 120 aircraft (Su-30, Su-34, Su-35 and MiG-35), besides the fifty Su-35, 30 Su-30SM, 37 MiG-35 and 34 Su-34 to be delivered to the Russian armed forces over the next four years. Egypt signed a contract in 2015 to purchase fifty MiG-29s and will receive six of them by the end of 2017. Next, the Egyptian Air Force will replace the last F-7s (MiG-21s produced by China) with the MiG-35. China is currently receiving 24 Su-35 jets.

During the Singapore Air Show, an arms fair (16 to 21 February 2016), Algeria signed a contract for a first batch of twelve Su-32 aircraft (the export version of the Su-34). Algeria intends to acquire a total of forty Su-34sand fourteen Su-35s. By 2017, Algeria is also supposed to receive fourteen Russian Su-30MKI multirole aircraft. Jordan is in negotiations for the same Su-32 aircraft as it has to replace the old F-16 A/B. Malaysia, which has eighteen Su-30MKMs in operation, wants to purchase the Su-32 and Su-35. Indonesia, which owns nineteen Su-27 SKM and Su-30MKI/MKK2, would also like to have ten Su-35.

Russian planes cost less and hold up better under use, compared to Western ones, though their avionics are inferior. The price of a MiG-35 is USD 35 million and a Su-30 costs USD 50 million. Russia’s 5th generationaircraft, the Sukhoi Su T-50, will continue in testing in 2017, to begin production in 2018.

In the last two decades, China has almost closed the technological gap that separated it from the main builders of multi-role aircraft, becoming one of the serious military aircraft producers. The Chinese 4++ generation multi-role aircraft is the J-10B. It has EASA radar (similar to that of the MiG-35) and is close in performance to the F-16 and Mitsubishi F-2, which are in the inventories of the USA, Japan and South Korea. The 4++ generation J-10 B is not expected to have any market other than China and Pakistan. The price of a J-10 is USD 41–45 million. Although China completed construction of new production facilities in 2014 that can produce a hundred J-10B multi-role aircraft per year, only 24 and 28 J-10Bs were delivered in 2015 and 2016 respectively.

The explanation is that they are preparing new production lines for the J-20, which is invisible to radar. On the first day of 2016, China announced that it was ready to move the J-20 aircraft to serial production, but said thatthis type of aircraft will not be for export. China aims to furnish its armed forces with two hundred J-20s, replacing the outdated fleet of J-8 and Q-5 tactical bombers by 2022.

The J-20 is inferior to the F-22 and F-35 due to a sub-par thrust/mass ratio and inferior avionics. The J-20 was not designed as an airplane able to fight US, Japanese and Korean aircraft, but as a light bomber, invisible to radar. The J-20 is a favorite of the Chinese navy because it can serve as an invisible platform specialized in strikingaircraft carriers and other warships far from shore.

In the US, Lockheed Martin Corporation is preparing to decommission its F-16 production line at the plant in Fort Worth (Texas), due to lack of orders for new 4++ generation aircraft and a need to focus on serial production of the 5th generation F-35 aircraft. The same is true for Boeing, in terms of maintaining its production line for 4++ generation aircraft, the F-18 Super Hornet E/F and the EA-18G Growler, while the US has the option of replacing all the F-18s with F-35Cs on the Navy’s aircraft carriers and with the F-35B on helicopter carriers for the Marines.

The US has relied 100% on the new 5th generation F-35 aircraft. From 2006 until now it has produced only two hundred F-35, of which ten were for States which have contributed financially to its development program. Development delays have been based on ambitions of the Lockheed Martin Corporation to produce three new and distinct aircraft using almost the same subassembly. The F-35A takes off and lands on ordinary runways; the F-35B STOVL (short-take off and vertical-landing) operates on helicopter carriers; and the F-35C CATOBAR (Catapult Assisted Take-Off But Arrested Recovery) takes off and lands on aircraft carriers. The price of an F-35A is now USD 185.5 million, an F-35B is USD 299 million and an F-35C costs USD 252 million.

Increasing production will mean a drop in the price (USD 95 million for the F-35A; USD 122 million for theF-35B; USD 121 million for the F-35C). However, Lockheed Martin’s 1989 rate of production — one F-16 a day —will not be achieved. There are many authoritative voices who say the F-35 project is too avant-garde. Instead of spending huge amounts on design and development for the F-35, it would be better to continue allocating money to manufacturing another two hundred F-22s. These 5th generation aircraft are much better than the F-35 and are designed to achieve air supremacy. For the remaining missions, the F-16 C/D, F-15 C/D/E, F-18 and AV-8 are more useful than the F-35 and they could fly for at least 15 more years of US aviation, without need for the F-35.

Many countries cannot buy new multirole aircraft and prefer the old ones, sold off by other, richer countries. The price of a new F-16 C/D is USD 70 million, while it costs USD 7,000 per flight hour. New NATO member states are forced to abandon their old Soviet aircraft and turn to used American aircraft, and the cheapest is the F-16. Until 2022–2025, Denmark, Netherlands, and Norway will not receive the F-35 planes they have on order. Until then, they will continue flying the old F-16 A/B. Belgium and Portugal cannot afford to buy the F-35, so they will continue to use the F-16 A/B as long as it can fly. Thailand, Indonesia, and Venezuela are moving towards replacing their F-16 A/B jets with new Russian Su-30, Su-34 and Su-35 aircraft. All these F-16 A/B are pretty worn out and have little time before overhaul (TBO) left before requiring capital repairs.

Between 2014–2019, the US will be discarding from inventory hundreds of military aircraft. On the list are mostly C-130 H and C-17 transport aircraft, and liaison/reconnaissance aircraft or VIP transport: the Cessna Caravan 208B, C-23A Sherpa, C-12R Horned Owl and C-12 MARSS II King Air. They were all used in campaigns in Iraq and Afghanistan on poorly equipped and barely maintained runways. Also being cast off are high-altitude reconnaissance planes, the Lockheed U-2 Dragon Lady, and some of the unmanned reconnaissance aircraft (the MQ-1C Grey Eagle, MQ-1B Predator, RQ-5 Hunter, and MQ-9 Reaper, all belonging to Division 24 ISR —Intelligence, Surveillance and Reconnaissance). Twenty-one F-16 C/Ds will be withdrawn from use by the US Air Force but will go to the US National Guard, not NATO. Until 2019, there is no chance of any F-16 C/D being exported directly from the US military inventory. 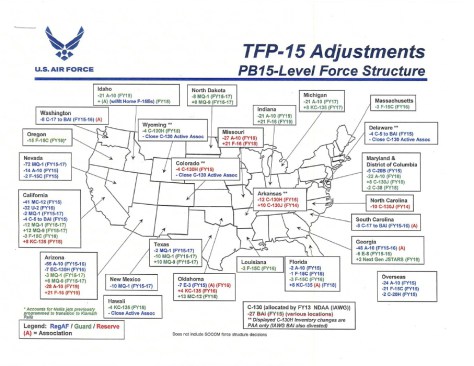 Instead, around Davis-Monthan Air Force Base, the US Air Force has created a huge area for storing well-preserved American fighter aircraft, with a Time Before Overhaul of about 1,000 flight hours. This area is managed by the 309 AMARG (Aerospace Maintenance and Regeneration Group). They are conserving 290 F-16 A/Bs and 180 F-16 C/Ds that have flown for 5–12 years.

NATO countries such as Romania, Poland (which expressed interest in at least 90 used F-16s), Bulgaria, Croatia and other members are interested in buying second-hand F-16s. They would prefer to get airplanes from Amarga, make them fit to fly again, and eventually modernize them.

At the end of 2016, Israel retired its last F-16 A/B Netz plane, which was 36 years old. About seventy F-16 A/B Netz are preserved and can be revitalized and modernized by Israel’s aircraft industry, if there are customers for them.

The trend of returning these used 4th generation planes to inventory will increase in the next 10 years, even as the 5th generation aircraft is adopted on a large scale by those armed forces that can afford to pay high prices for them.

The Rafale is definitely not more expensive than the Eurofighter, to buy or to operate. I’m pretty sure their figures are wrong in that case.