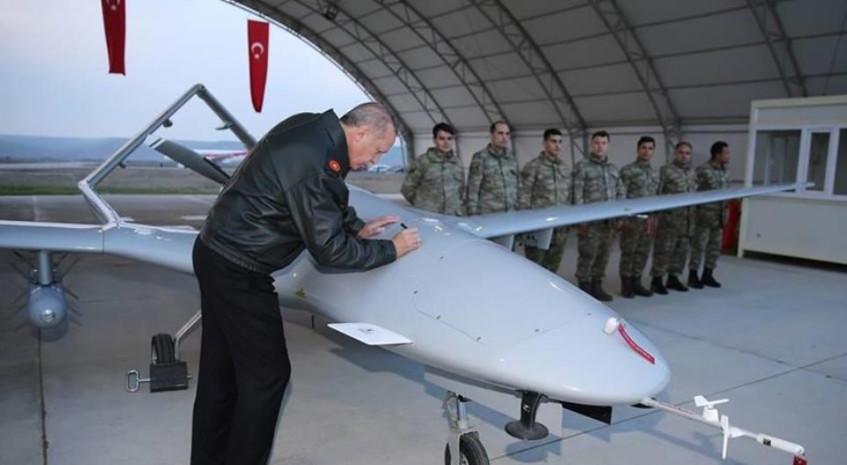 “A Turkish drone targeted [on April 26 afternoon] a fortified position and a mortar post of HTS near [the town of] San in the eastern Idlib countryside, as a result, two personnel [of the group] were killed and others were injured,” the Step News Agency said in a short report.

Opposition activists said the strike was a response to a mortar attack which targeted a Turkish “observation” post near the town of al-Nerab south of Idlib city.

Earlier, Turkish forces clashed with radical militants blocking the M4 highway near al-Nerab. According to the UK-based Syrian Observatory for Human Rights (SOHR), at least four militants of HTS and employees of the group’s government were killed in the clashes.

Turkish forces managed to push the radicals away, thus securing the highway that links the coastal city of Lattakia with Aleppo city in the northern region.

According to opposition activists, the vicinity of al-Nerab is now witnessing clashes between the Turkish military and HTS. These claims are yet to be confirmed.

The tensions between HTS-led forces and the Turkish Army are growing.

It’s fascinating to have news like this come out. The lower ranks of the Ziowahhabi terrorist alliance in north Syria infighting over money, weapons and influence in Idlib. Unlike the Rothschild neocolony in Palestine in the south, the Turks don’t have an unending stream of US taxpayer money and resources for terrorist special operations. The corona-crisis just struck the US$ trough in Idlib, would be nice if Turks and ISIS/al-Qaeda killed each other off for a start.

What can I say… Good job. CIA trolls and hasbarats will cry and rage.

If any of the US attacks on ISIS were real, they were probably for reasons such as this.

Unfortunately I was expecting this. It was highly possible that an arrangement was made for Turkeys to save face, ie turn on their weakened former alies. By the end of this sorry saga the turkeys could come clean as liberators and anti terrorists. I wouldn’t know if that arrangement came with a full withdrawal of forces.

Yes, that’s right, bomb each others for start. I already said that this will turn to Erdogan’s Vietnam.

The master punishing their dogs, a little bit.

Unexpected but welcome. HTS are unreliable terrorists for Turkey, whom prefers it’s terrorists on a shorter leash.

Won’t the Uighurs and Chechens love this development, they’re about to become a very much disliked and resented minority in the only group they’re affiliated to, and Erdogan can’t help them either, they’re designated as terrorists so he can’t just invite them to join the SNA or FSA, in fact he can’t give then any official support at all, LOL. The Arabs in HTS will be dirty on the Turks and their Chechens and the Uighur Ottoman allies, and in turn the Chechens and Uighurs will probably be resentful of the Turks for causing the tensions between them and the predominantly Arab HTS. So I think there’ll be a lot of Chechens and Uighurs worried about this development, even if they have no say in what’s just happened they know some Arabs will be looking at them differently now, questioning their loyalty to HTS and wondering if they can be trusted. And it only takes a small amount of suspicion to get a bullet in the back of the head in Latakia, so if the Arab HTS terrorists are in doubt they’ll shoot first and then ask questions later, LOL, so I think they’ll be finding dead Chechens and Uighurs all over Latakia soon, LOL. Turkmen and Arabs pitted against each other :] , it could turn out to be a gladiatorial epic fight if that happened, but where would the Chechens and Uighurs go if the Turks wiped out HTS, they’d have nowhere to live then, so maybe I better not get too excited, I don’t think Erdogan can abandon HTS even if he wants to.

The stupid Turkeys and their terrorists will soon be hacking each others moronic heads.