A video, showing a technical expert, blown out by a jet exhaust of the US EA-6B Prowler electronic warfare aircraft, has been published online. 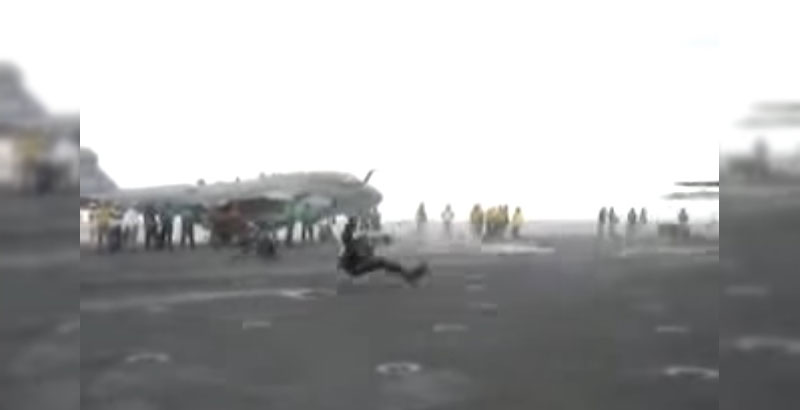 A hortative video, showing what happens, when safety rules are infringed during a preflight inspection of combat jets, was published online.

According to comments to the video, it shows the EA-6B Prowler electronic warfare aircraft, which was taking off from the deck of an aircraft carrier.

One of the technical experts was too much slow during a preflight inspection of the aircraft. As a result, he found himself under a jet exhaust, when the aircraft started its engine.

Only due to stroke of luck the mariner was not killed and even, judging by his jaunty appearance, was not hurt.

The US EA-6B Prowler carrier-based electronic warfare aircraft took its first flight on May 25, 1968, and already in 1971, it went into military service in the US Navy. A crew of the aircraft consists of four people: a pilot and three officers-operators of the EW support.

The EA-6B Prowler has already been removed from service in the US Navy, but the US Marine Corps (USMC) still uses it. 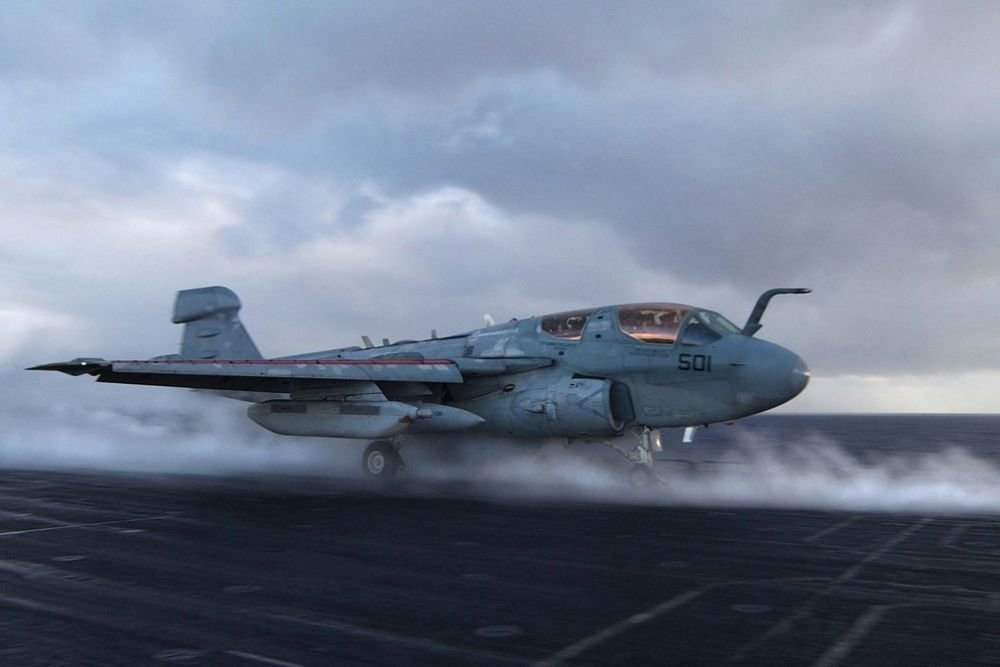 Tags:EA-6B Prowler, us, US AIR FORCE, US Navy, usa

pilot opened up his trottle a little too quickly