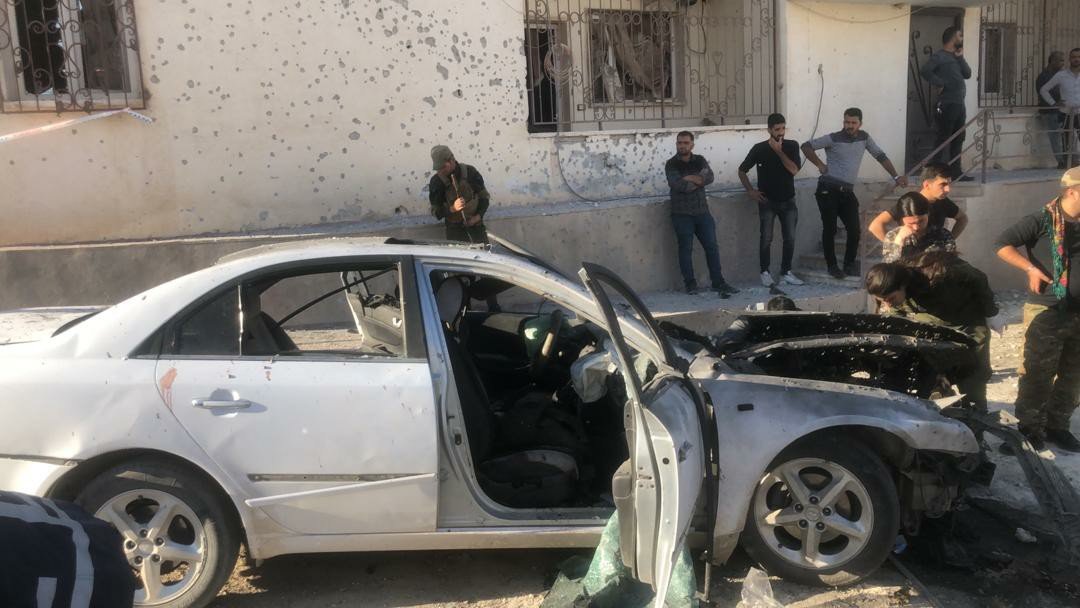 Click to see full-size image, by the Hawar News Agency.

Five people were killed in the October 20 Turkish drone strike on the northeastern Syrian town of Kobane which is held by the Syrian Democratic Forces (SDF), the Syrian Observatory for Human Rights (SOHR) reported on October 21.

The drone strike targeted several cars which were parked in front of the Social Justice Committee building in the center of Kobane.

According to the London-based monitoring group, at least two of the casualties were fighters of the SDF. The Kurdish-led group has acknowledged this.

The main target of the strike was likely Bakr Jradah, a cochairman of the Social Justice Committee that’s overseen by the SDF’s Autonomous Administration of North and East Syria. Jaradah survived the strike with some wounds.

“The death toll [from the Turkish drone strike] may raise as many of the wounded are still in a critical condition,” the SOHR’s report reads.

The Turkish drone strike on Kobane was the first such attack on SDF-held areas in northeastern Syria in more than a month.

The strike came following reports of a near Turkish-led military operation against Kurdish forces in the countryside of Aleppo, where Kobane is located. The SDF may respond to the strike very soon.

Says sohr, one bloated c**t from london. An “asylum seeker” no less.