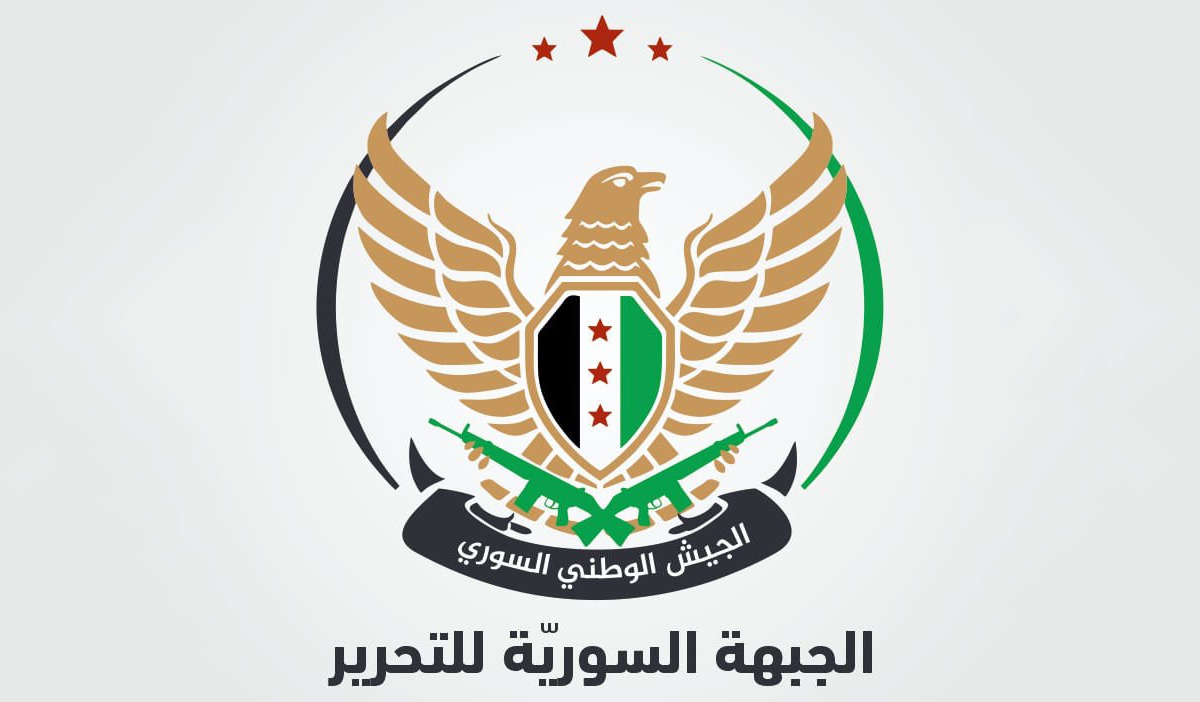 The official banner of the Syrian Front for Liberation.

On September 9, five of Turkey’s largest proxy groups in Syria unified in a new coalition dubbed the Syrian Front for Liberation (SFL). 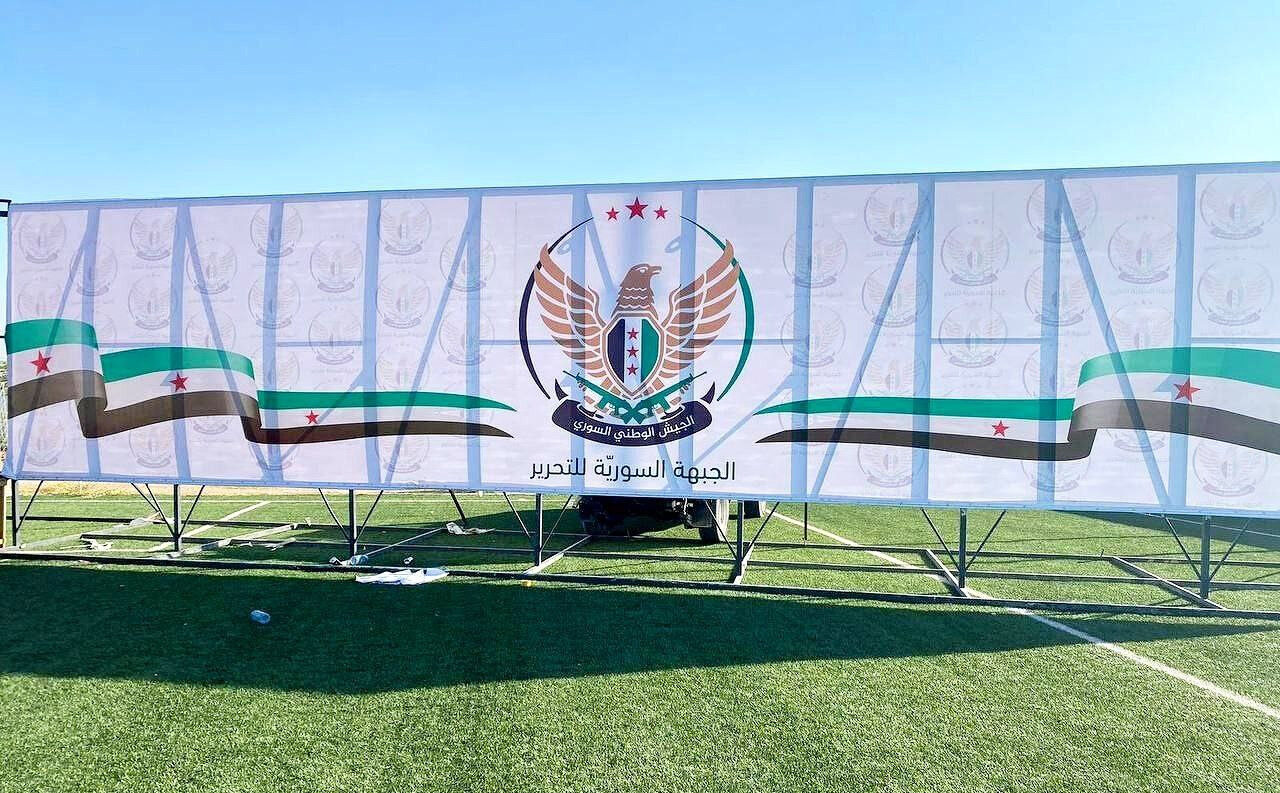 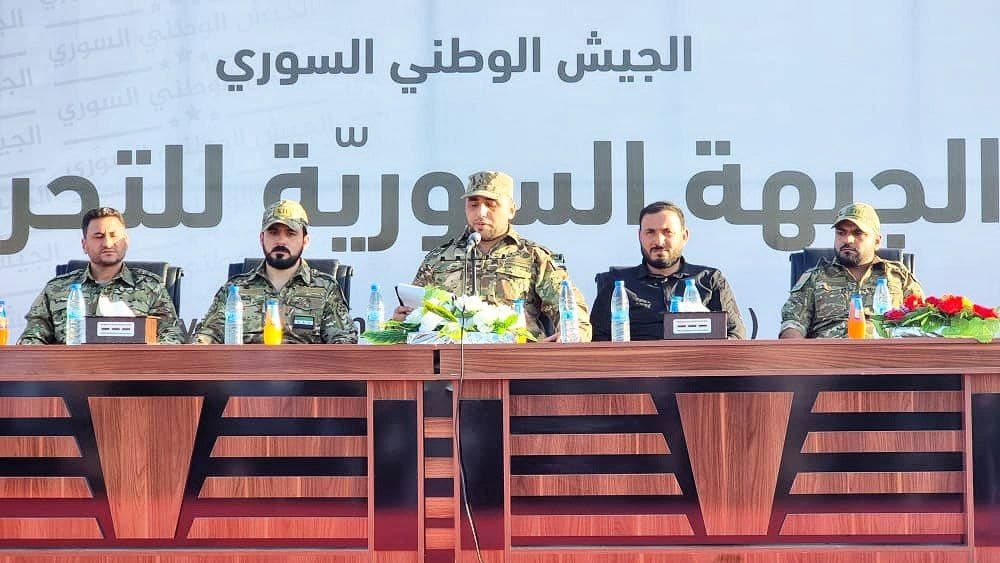 “Full integration, ending the factional situation and unifying the military – security – political – financial – media – relations offices in the name of the Syrian Liberation Front aims to improve the general situation and impose security as well as to support stability in the liberated areas, strengthen the role of official institutions and empower the Syrian Interim Government,” a joint statement by the SFL’s five factions reads.

All the factions of the SFL and Azm are supposed to be members of the Syrian National Army. The Turkish-backed “army,” which lacks central command and clear structure, appears to be present only in the media.

The SFL was likely established to counter the growing influence of the Azm Operations Room. The two Turkish-backed coalitions appear to be on the brink of a conflict.

Who a5re they going to liberate Syria from,the Syrians? those animals are just Vichy scum.

They will liberate Syria from Russia and the Shiite maggots

The definition of insanity is doing the same thing over and over, expecting a different result.

This is like the 213th time these worms have “reorganized” and formed a new “unified command” lol.

The Objective
Reply to  Ivanus59

The end of Turkey Is coming!!

The Objective
Reply to  Solitario

Russia and Iran will end first.

I’m surprised Russia and Iran are tolerating this. This is bullshit. These basturds should be killed right away.

Iran has a mutual enemy with the Turks, a Kurdish independance movement which is stoked by the usual suspects, the Anglo-Zionists. However, with a more hard-core government in Iran now, will they continue to turn a blind eye to Turkey’s obvious and duplicituous game in Syria and in the region in general? Russia, on the other hand, has to tow a careful line with Turkey due to the whole Bosphorus Straits issue. They could risk having the Black Sea fleet blocked from entering the Mediterranean and thus, put Syria’s defense and resupply terribly at risk. The aggravating issue that is developing now for Russia is Turkey’s medding in Ukraine on the side of the Anglo-Zionist scum in that country. Turkey has already sold armed offensive drones to Ukraine and just the other day, began laying out the keels for 2 new warships for Ukraine’s navy. If the Ukrop scum feel emboldened enough to attack the Donbass, then it’s all gloves off and Russia will get serious and ugly in their response to Turkey and who’s behind them. Something very telling to mention, the US and its allies are now secretly involved in a MASSIVE military technology transfer to Turkey who will in turn provide the cannon fodder for Anglo-Zionist adventurism in the region and elsewhere. Russia is very well aware of this and is just bidding time. The battle lines are being drawn as we speak.

They are not tolerating it. They’ve tried in February 2020. I think you know what happened. Syrian soldiers were literally dying like flies until Erdogan felt that the punishment was enough. You maggots said Erdogan flew to Russia to beg Putin. No. He went to Russia to tell Putin to be careful of his erratic moves against Turkish forces. He made it clear to Putin that the next time Turkish forces are killed whether Assad or Russian soldiers, the entire SAA will be destroyed and not even Assad’s presidential palace will be spared. And if Russia wanted to stop it, they can try. Your S-400 and Pantsirs are grossly ineffective against the latest Turkish drone, Akinci. It’s missiles outrage the Pantsir’s envelop. It also carries a missile made specially for the S400. And the location of Russian air-defense forces is no secret to the Turks. Putin will be risking a huge war attacking or letting Assad’s army attack Turkish forces.

No it is not like that. SAA is much weaker than Turkey. But Russian armed forces are much stronger than Turkey. And also will have the support of France, China and India in such a confrontation.

lol…. this is like the millionth time they have “unified”….

They will be killin each other again in a couple of months and that is good….

The Objective
Reply to  MeMadMax

Not until they have fought and defeated the Russian occupation first.

The only true component is the Aramean. Turkish, Kurdish and Arab components are invasive.

The Turks can literally turn Syria into a graveyard for Russian forces. According to a report I read, there are more than 100,000 forces commanded by Turkey in Syria. Some are in Turkish territory and others are in Syria. These forces are intended to create a safe zone in Syria to prevent more refugees flowing into Turkey. They are also meant to keep the PKK and Assad at bay. Turkey will protect these forces from Russia even if it means going to war.

Eric Zuesse
Reply to  The Objective

“a report you read” Your source is so untrustworthy that you don’t give it. garbage.

Lol united to do what… get bombed together by the Russian and Syrian airforce, at least they wont die alone.

Who will profit from a “hot” Russian-Turkish confrontation? Right, the US.