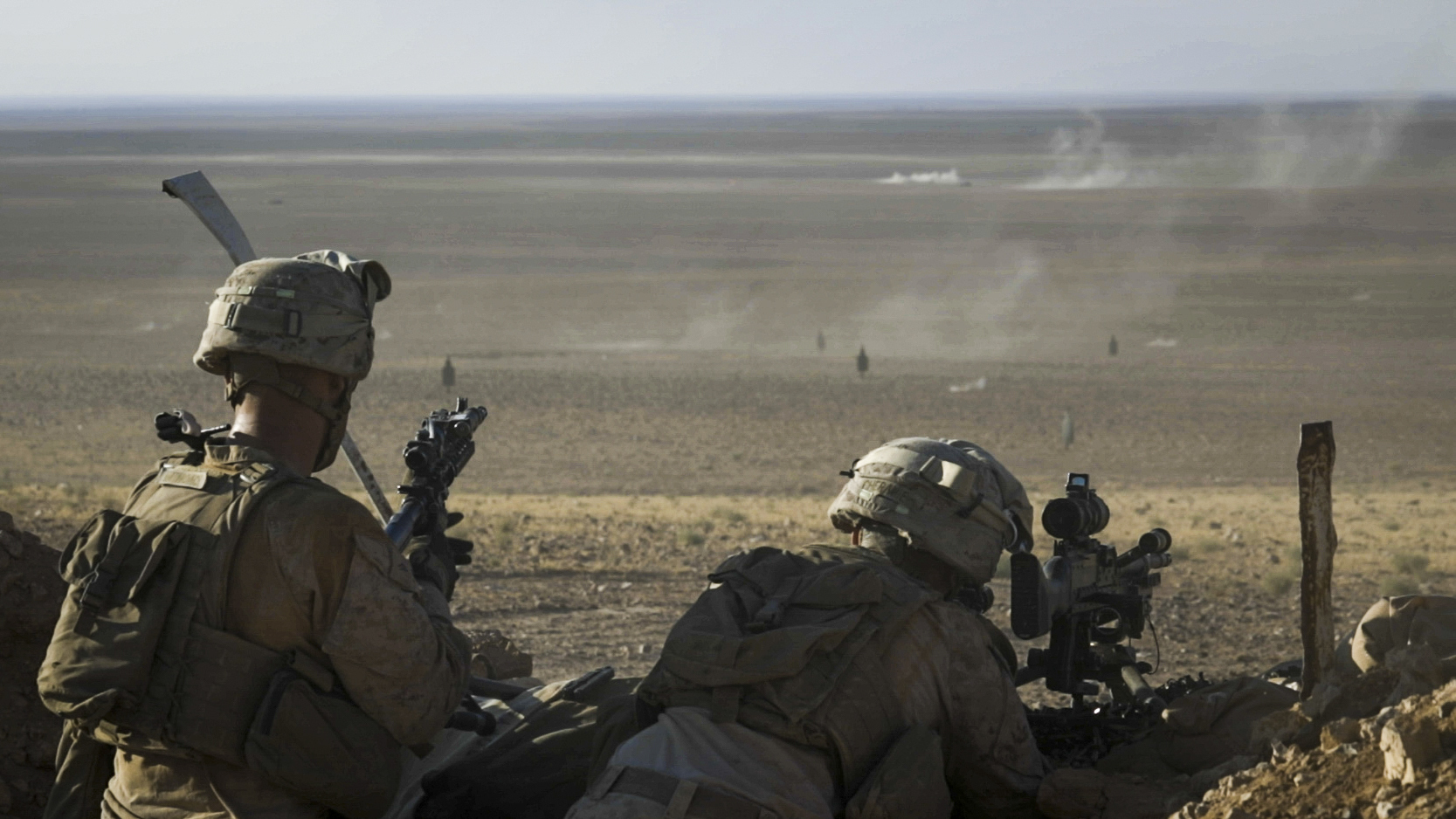 Early on March 31, the Syrian Arab Army (SAA) clashed with an unidentified force that approached its positions in the al-Hamad desert in central Syria, according to the Syrian Observatory for Human Rights (SOHR).

The London-based monitoring group said that the force, which was conducting a reconnaissance mission, came from the southeastern Syrian area of al-Tanf, where the US-led coalition maintains a large garrison.

Around 200 US troops and 300 fighters of the Revolutionary Commando Army (MaT), a proxy of the US-led coalition, are usually present in the garrison, which was supposedly established to counter ISIS. The coalition maintains a 55-kilometers no-fly zone around the garrison.

According to the SOHR, the unidentified force killed four soldiers of the SAA. However, it was eventually forced to withdraw to al-Tanf. The army killed a member of the force and captured his body.

The US-led coalition is yet to comment on the SOHR’s report. The Syrian Ministry of Defense has not also made any statement on these claims.

The unidentified force that clashed with the SAA in al-Hamad desert was likely a unit of the MaT, or even a US special operation squad. It is also possible that the force was made up of ISIS terrorists who are allegedly present within the 55-kilometers zone around al-Tanf.

Recently, several suspicious movements were reported at al-Tanf. In February, a report by Russia’s Foreign Intelligence Service warned that the US is preparing to send “terrorists” trained in al-Tanf garrison to fight against Russian forces military in Ukraine.

My favorite news today. Finally Al-Tanf is opposed in Syria!