An alleged video showing the destruction of the Al-Nuri Kabir Mosque in Old Mosul appeared online and now is actively circulating in social media.

The photo allegedly shows the site after the destruction: 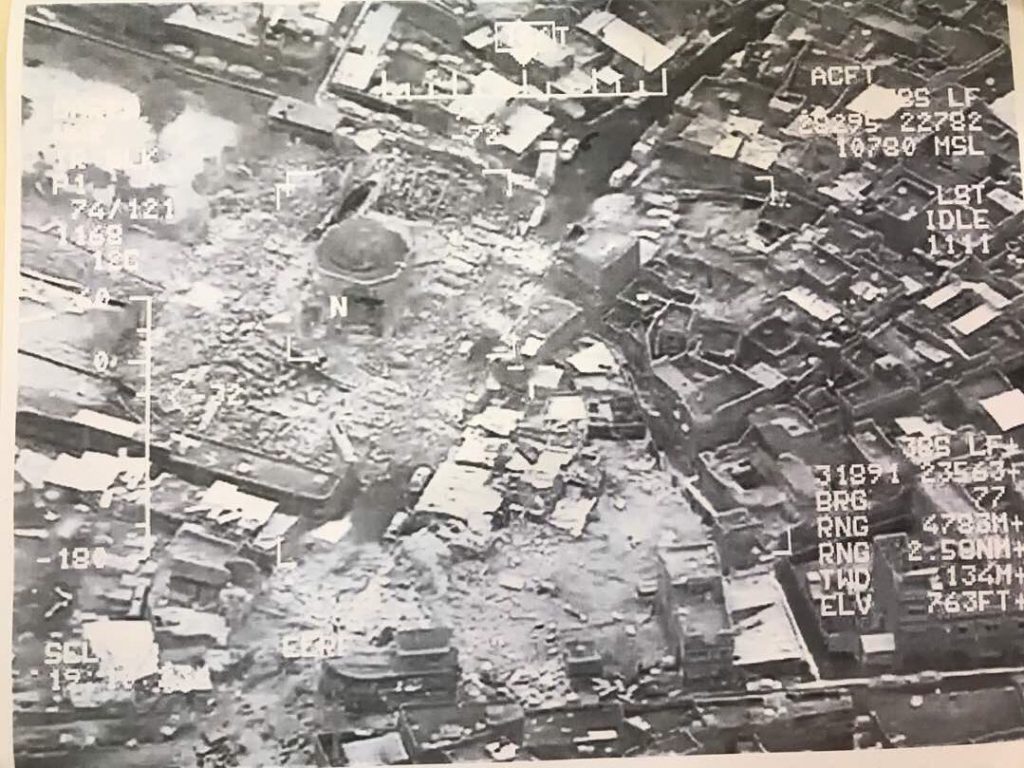 The US-led coalition statement on the issue: 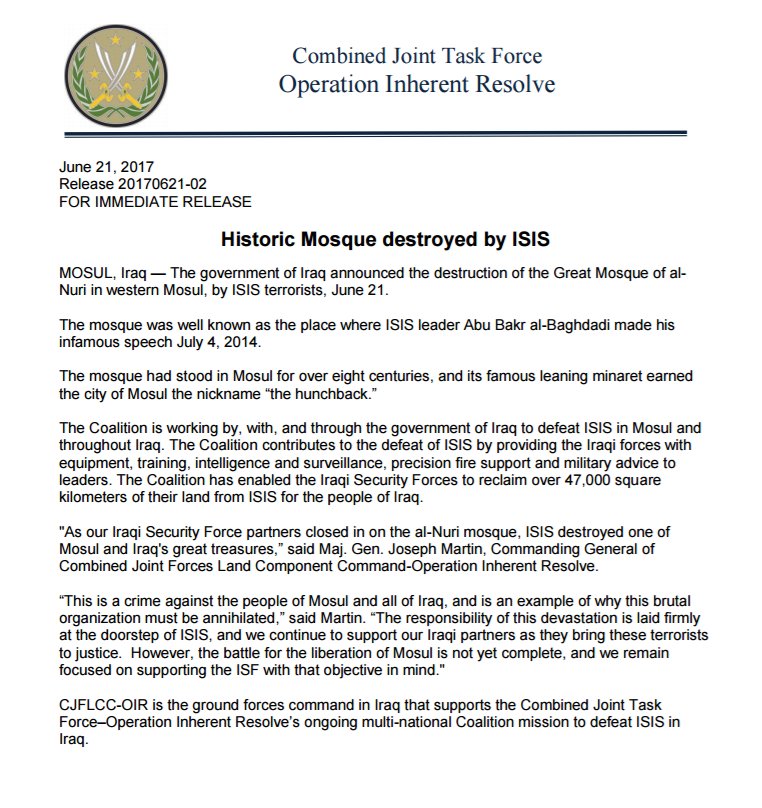 90% of all casualties and crimes committed by the so called ”Islamic state” have been committed against other Muslims. Now a reasonable and an intelligent person would ask himself, why would someone that declares himself to be the “only defender of true Islam” go out and blow up a Mosque, that is just not logical and what would be the purpose or goal be with such an attack against other Muslims?

The answer to that question is that the so called “Islamic state” is neither Islamic nor a state, it’s a Wahhabi and Takfiri death cult that advances mainly Israel’s and Saudi Arabia’s interests in the ME. Now ask yourself one simple question, which state in the ME which is one of few states, that hasn’t experienced one single attack by the IS, but ought to be it’s principal enemy?

Despite this fact the very same country that I mentioned is very active in the Syrian war and supports both directly and indirectly the Islamic State, financially and militarily as well as various other terrorist organizations that operates against the Syrian government, and why is that so …?

Yes. This also conveniently prevents any victory celebrations being filmed on the steps of that important mosque. This was a long before conceived intelligence operation. When you are fighting for your life why would you waste good explosives on a symbol? It’s nonsense to think that a muslim did this. It is part of the insurgents’ mission: to destroy culture in all its forms and create chaos.

And the other things ISIS did, would you say that Muslims might do?

Do no play with words.

What do you mean ?

Paid mercenaires by thé order if their intelligence controllers

ISUS does what they are told. The mosque was blown because the controllers told them so, this has nothing to do with being a moslem, and not even being (possibly) a salafist maniac. ISUS is happy to blow up a mosque, Nusra is happy to desecrate a mosque in Aleppo. These people are paid mercenaries of the west masquerading as muslims. A lot of them are not even wahhabist/salafist, never mind normal muslims. They are utilising a crude takfiri doctrine to set muslims (and other communities) against each other. They are globalist work horses, corporate private armies if you like.

I disagree. I just think they are terrible people with terrible ideology who do terrible things against anyone who doesn’t think like them. they are a death cult. No need to go ease on them .

The only thing I agree with is “it’s a Wahhabi and Takfiri death cult…”. Why do elements in the Arab / Muslim world always have to blame others? Why don’t you take responsibility? Is it not clear that this is one of the reasons that the Arab / Muslim world is in the state it is. It is interesting that only exceptions take responsibility and are not playing the blame game, like Hezbollah (and ISIS to a certain extent).