This is the second article of the series dedicated to the Russian military advisers in Syria. We also recommend: 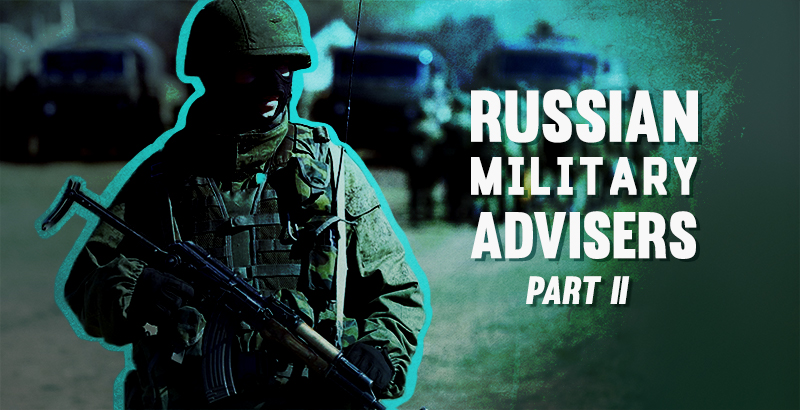 Pro-government forces are beginning to break down stereotypes

One of the most urgent problems of the Syrian Arab Army is a traditionally low culture of servicing and repair of military equipment. An overall level of personnel training did not allow for the correct operation of weapons and military equipment that consists of sufficiently different suits.

It isn’t only the complex models such as air defense missile systems that suffer from the technical illiteracy of the operators, but also more simple ones like tanks, towing artillery pieces and infantry fighting vehicles. According to Russia’s Ministry of Defense representative who is familiar with the pre-war situation, because of incorrect storage and maintenance of artillery systems, most of them were constantly noted to have recoil buffer fluid leaks and weapons and radio stabilizers on armored vehicles were non-operable. The batteries were constantly plundered and those that were available practically did not hold charge. It wasn’t just tank, Infantry Fighting Vehicles, Armored Personnel Carrier crews and Automatic Control Systems calculations, but also unit commanders and their technical parts assistants did not watch the level of oil in the engines, and the top off was not carried out on time. Filters weren’t being changed regardless of large dust collection, and were cleaned by hand at best.

At the end of 1990s to the beginning of 2000s Syria conducted modernization of nearly two hundred T-72 tanks by installing an Italian fire control system TURMS-T with a laser rangefinder and a ballistic calculator.
Those “seventy twos” were what elite Republican guard units were armed with, standing out from Syrian Arabic Army by having a more ready and technologically literate personnel, and yet they were able to obtain no more than twenty vehicles before the beginning of the civil war. And the Italian fire-control system TURMS-T was the first one to break down due to poor maintenance and improper use.

With the beginning of full-scale battles between groups devoted to Assad’s government and anti-government squads, our specialists continued to complete their tasks, although a significant number of them returned home. A number of military experts have somewhat increased since the time in 2012 when the “Syrian express” began to operate. We are talking about large-scale deliveries of Russian weapons and military equipment to government troops. The name is given as an analogy with the famous “Tokyo Express” (delivery of imperial fleet’s assistance to the warring Guadalcanal troops in 1942), since large amphibious ships were used for transport of various cargos to Syria, making a transition from our Black Sea ports to Tartus and Latakia. T-72, BMP-1, armored personnel carriers, GAZ-3308 “Sadko” automobiles, “Grad” multiple rocket launchers and other models were being transferred to Damascus.

According to Military-Industrial Complex information, after transferring multiple rocket launchers “Smerch” and “Uragan” to pro government forces, Russian specialists was teaching the military not only to apply these complex systems but also to carry out their service and running repairs. However, Syrian Arab Army’s low level of training, often excessive use of vehicles in action, by which they compensated for the infantry led to large losses.
In most cases tanks, infantry fighting vehicles and armored personnel carriers that received minimal damage were rushed to the battlefield without even an attempt to evacuate them. In the reserves of the Syrian Arab Army a large number of before war defective equipment was left, which could have been used against terrorists after restoration. According to some famous “MIC” observers, the Syrian military has developed a certain stereotype: why try and spare weapons and military equipment when either way new stuff will be provided.

It Blew from the North

At the end of 2015 the pro-Government forces obtained armored 30 mm automatic cannons – the latest Russian BTR-82. It isn’t very clear who was operating the armored troop carriers, Syrian soldiers or Russian military advisers. Sometimes Russian speech is distinctly heard on the widely spread videos on the web.

If the application of BTR-82 was anecdotal, then the appearance of T-90 in the Syrian Arab Republic attracted domestic and foreign media’s close attention. The exact number of the “Nineties” sent to Damascus is unknown, but the Military-Industrial Complex states there are no more than two dozen. The latest tanks became available from the Russian Defense Ministry, which have a particularly characteristic tricolor deforming scheme on their combat vehicles.

There is no definite explanation why the decision was made specifically in favor of T-90 and not the modernized T-72B3, which were being actively supplied to Russia’s Land Armed Forces. According to the words of a MIC source, who is familiar with the situation, the preference is given to the “Ninthieth” because of its highest level of protection in cases of urban warfare, and also in enemy’s application of anti-tank measures.

The system components of “Kontakt-5”’s reactive armor mounted on a T-90, in combination with the size and shape of the armor allow to protect the gun turret from hand grenade defeat more effectively when compared to T-72B3. At the same time, the “Shtora” system is able to not only warn the tank’s crew about a targeting laser and create a smokescreen, but also block the emitting source, turning the gun turret in “Transfer” mode with high speed in the right direction.

However, according to MIC source, when it comes to urban combat the tank isn’t always affected by RPG fire to the gun turret and often, to the sides of a tank. In that case, side protection of both T-90 and T-72B3 is weak. But with relatively narrow streets and high-rise buildings, the experience of urban fighting in Syria shows that terrorists are firing from top floors, trying to hit the tank in the least protected from their point of view part – top sheet, a place that is securely covered on the T-90 by the elements of a reactive armor.

It is interesting that a part of “Nineties” given to Syria are older vehicles with a so-called cast turret, although there are modern examples with welded armor. If we compare all facts, it can be assumed that with a part of their “Nineties” the 20th Mechanized Brigade from Volgograd most likely said goodbye. It was the only one where “cast” T-90s remained. Videos have already appeared on the Internet where one of the opposition groups is allegedly destroying a “Ninetieth” with an Anti-tank missile “Tow-2”. “MIC” representatives of the Defense Ministry, familiar with the situation, have not denied nor confirmed that fact. Yet it can be argued with certainty that in the video an old Syrian T-72 was struck.

The preparation of Russian military specialists of T-90 tank men, in particular the development of a fire control and “Shtora” systems, took a few months. In addition to using the on-board equipment, Syrian crewmembers were trained to maintain and repair all of the machine’s components. As was stated by a source at MIC: “In the capacity that was established by regulatory documents”.
Beside T-90, the Syrian Arab Army also obtained heavy flamethrower systems TOS-1A from Russian Army supply. To train Syrians on a “Solntsepyok” (Sunheat) took a lot less time than the crew on T-90, due to TOS is to be used only for firing from closed positions.

Accordingly, the combat training course has been significantly cut short. In addition, the prevailing at the time of TOS delivery to Syria demanded that the “Sunheat” enter combat as soon as possible, so experienced artillerymen were picked, whose training was not difficult.

With the beginning of Russia’s Aerospace Force operation the most important problem for our military specialists was the organizing of a recovery system of weapons and military equipment, including some that remained in storage for a long time. According to calculations well known to MIC, the pre-war stockpiles in conjunction with vehicles previously delivered by the “Syrian Express” were more than enough to deal with terrorists. But if the government troops continue to be guided by the principle “Do not spare, they will give us more”, then no deliveries will save the situation especially now when the intensity of fighting has increased by many times.

According to some data, several factories in Syria have been restored where not only tanks and infantry fighting vehicles are being repaired, but also artillery and even Anti-aircraft warfare systems. Evacuation units are being created and trained that take out failed and damaged equipment from the battlefield. Also, maneuvering groups sent to the Syrian units for repair and maintenance of aircraft military equipment.

In the process of recovering Syria’s armored vehicles, their modernization is also being carried out, particularly for reasons of increasing security. Earlier in the war, government forces were building it with homemade methods, fixing sand bags on tanks, infantry fighting vehicles, armored personnel carriers and even self-propelled artillery and anti-aircraft installations, welding on various items.

Currently, additional armor is no longer chaotic and passed into the category of being a centralized operation, as standard security features are being installed onto the military equipment. But the leading fighters of these governmental groups are often upholding their tanks, infantry fighting vehicles, armored personnel carriers and self-propelled guns so that they turn them into true works of art.

The logistics system created with the help of Russian military experts isn’t always effective, although the situation with damaged and evacuated vehicles is improving. A common problem in the personnel, especially former militia is that they continue to lack technical competence, and just like before the war, they don’t always want to engage in complex and sometimes tedious work.

The complexity of tasks that faces military experts cannot be overemphasized – restoration of technology, retraining of younger crewmembers to a new weapons and military equipment model. It is sad that in the context of large-scale battles, this type of work is often invisible. But without it, victory is unattainable is this continuing civil war.