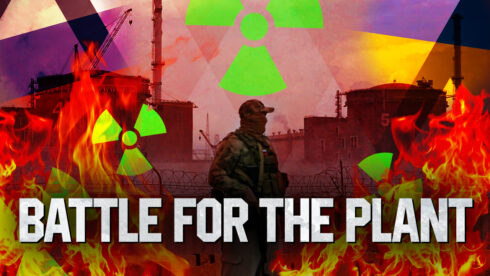 On September 2, the fifth power unit of the Zaporozhye NPP was back on and began to supply electricity to the areas both under Russian and Ukrainian control.

Currently, only two power units are active in the Zaporozhie NPP which is the largest one in Europe. Both the 5th and the 6th units were already stopped due to heavy shelling of the station and the areas nearby by the Armed Forces of Ukraine.

On the morning of September 1, right before the IAEA mission arrived to the station, the Ukrainian military shelled the residential areas of the city of Energodar and the territory adjacent to the NPP. As a result of damage to power transmission lines in the city, there was a voltage failure on the power lines leading from the Zaporozhye NPP, as a result of which automatic protection system on the fifth power unit went on. On Thursday, the head of the CAA of the Zaporozhye region, Yevgeny Balitsky, said that as a result of a drop in power output, the power plant switched to emergency mode, the fifth power unit was stopped, and the sixth continued to work at 60%.

In turn, the Russian Ministry of Defense reported that four Ukrainian shells exploded at a distance of 400 m from the first power unit of the NPP. In addition, Ukrainian saboteurs tried to seize the station, but the Russian military prevented the landing of Ukrainian militants a few kilometers from the NPP in the Vodiane area. LINK

On the same day, the international delegation of the IAEA specialists visited the Zaporozhie NPP despite the Kiev’s attempts to disrupt theit work.

Following the visit of the IAEA experts to the nuclear power plant, the UN noted that Russia had done everything necessary to ensure the safety of the mission.

“We are glad that the Russian Federation has done everything necessary to ensure the safety of our inspectors,” said Stephane Dujarric, a spokesman for the UN Secretary—General.

The Director General of the International Atomic Energy Agency Raphael Grossi who headed the mission spent only a few hours on the station. He examined the emergency systems, diesel generators, block shields of power units and other elements. ”

“I was able to inspect the entire facility. I was in the blocks, I was able to visit the emergency systems, diesel generators, different parts… Of course, I had the opportunity to talk to the employees…”, he stressed.

According to the head of the organization, the shelling violated the physical integrity of the power plant.

“It is obvious that the nuclear power plant, its physical shell was destroyed in several places. Accidentally, intentionally — we can’t estimate it. But this is reality,” Grossi told reporters.

The IAEA delegation arrived at the power plant on the afternoon of September 1. Experts will remain at the NPP until September 4 or 5 to assess the situation, and in the future the head of the IAEA hopes to ensure the permanent presence of the organization’s employees there. “We plan to form something like a permanent representative office of the IAEA at the station, so that experts give us a constant, objective assessment of what is happening,” Grossi said.

According to Mr Grossi, the IAEA specialists will face purely technical tasks: they cannot make any “conclusions of a political nature”, but must assess the state of affairs in the field of nuclear safety and conduct an inventory of nuclear material located at the station. 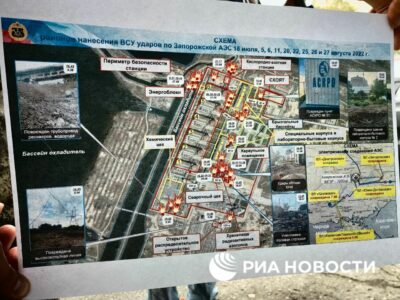 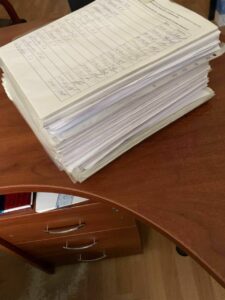 During his visit, Mr Grossi was handed a letter from the citizens of the Zaporozhie region. It was signed by more than 20 thousand people, demanding the international community to stop the shelling of the NPP by the Armed Forces of Ukraine. One of the residents of Energodar also gave Grossi a fragment of a shell that fell on his dacha. In response, the Director General of the IAEA promised that their demand would be heard. In addition, Grossi thanked Russia for organizing the security of the mission.

According to the local administration of the region, the shelling of the area near the station almost stopped after the arrival of the internation mission.

The Ukrainian leadership remained extremely dissatisfied with the results of the visit of the IAEA mission to the NPP. Thus, President of Ukraine Volodymyr Zelensky is upset that Grossi did not involve Ukrainian and international journalists in the work of the IAEA delegation.

“And the main thing that should take place is the demilitarization of the station’s territory. This is the goal of Ukrainian and international efforts. And it is bad that we have not yet heard the response calls from the IAEA,” he added.

Mikhail Podolyak, adviser to the head of the Office of the President of Ukraine, assessed the work of the IAEA even more negatively.

“International institutions and mediation missions look extremely inefficient, extremely cowardly and extremely unprofessional. They were never ready to work in extreme conditions. You don’t trust them already at the entrance,” he said.

Podolyak was also outraged by the fact that the IAEA mission listened to Rosatom representatives.

On the other hand, the authorities of the Zaporozhye region, evaluated Grossi’s visit either neutrally or positively.

“Everything went in a normal working environment. We were able not only to ensure the safety of the delegation, but also allowed them to visit all the facilities. In particular, representatives of the IAEA visited the roof of the special corps No. 1, where the AFU had previously struck with a 155-mm caliber. They saw everything with their own eyes,” Vladimir Rogov, a member of the main council of the administration of the Zaporozhye region, told the reporters.

“Moreover, the mission members managed to communicate with the station staff. It is noteworthy that the employees are still formally subordinate to the Ukrainian Energoatom. And yesterday, for the first time, they openly told an international organization who actually poses a threat to the station. They also told the IAEA in detail how Rosatom works on the territory of the facility,” he noted.

In his turn, Mr Grossi is yet to provide any valuable comments on the situation on the plant. The fact that the presence of internationsl specialists at the station can stop its shelling by the Kiev regime is already an important step forward.

Western shells in the ground–photographic evidence- 20,000 locals- it was UKRAINE !!

IAEA – “we cant make political decisions ” — what about Israel then ???

As I said previously -IAEA under complete control by the USA.

Censors KEEP OUT
Reply to  Donnchadh

The ukroNATOnazis were dissatisfied simply because the inspectors were made as witnesses to the glaring atrocities they’ve perpetrated.

Censors KEEP OUT
Reply to  Donnchadh

What is this dumb jew in Kiev insisting about the; “And the main thing that should take place is the demilitarization of the station’s territory.”

AFU tried to capture the power plant just those last days. He doesn’t want it demilitarized, he wants it under Kiev control.

They are talking like that all the time it shows that they have lost any sanity….

Shelling a nuclear power plant is a huge warcrime. And the west looks the other way. Shame. Wants Ukraine a new Chernobile? Are they crazy?

It’s just amazing. the station has been under Russian control for months. They even invited MAGATE who was shelled on the way to the station. And they still can’t admit that “Russia is deliberately firing American shells at its positions at the station to blame Ukraine”? Even more surprising is that the footage and video of the destruction of Ukrainian equipment by SUN and other media are passed off as Russian. Do they really take us for idiots?

Hopefully, Russia isn’t heading for another major disappointment by entrusting a UN organization under the US influence and is rewarded with a stab in the back.

IAEA are yes men for NATO. If anyone believes differently they are fools.

they are already trying to deflect the blame from NAZI UKRAINE how can a country ACCIDENTLY SHELL A NUCLEAR POWER STATION what a piss poor excuse the UN mission was part of the operation to capture the plant and as soon as the plan failed and the two commando groups were destroyed the UN mission decided to leave ONLY AFTER they had been destroyed and the plan failed. =Z=