The first photos of the Il-38N upgraded antisubmarine aircraft of the Russian Navy’s Marine Aviation were published online. 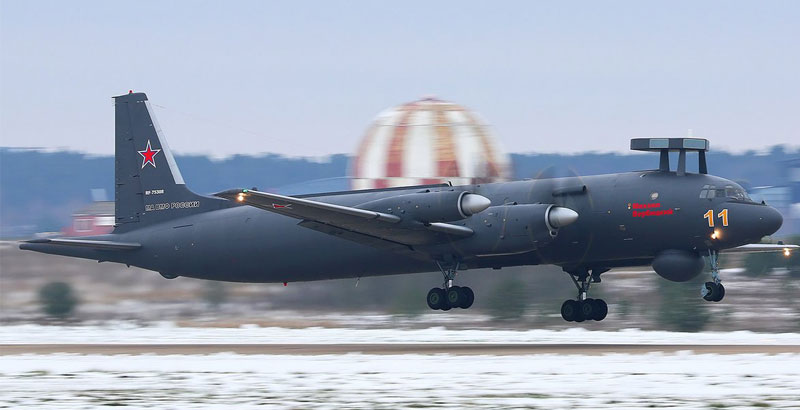 The first photos of the Il-38N upgraded antisubmarine aircraft of the Russian Navy‘s Marine Aviation, taken during its flight tests at an airfield in Zhukovsky, were published online. Reportedly, after the retrofitting, the plane can detect air, surface and underwater targets, as well as attack a group of enemies.

As media reported, it is already the seventh Il-38, upgraded for the Russian Defense Ministry, and the first aircraft, improved on a contract of 2015. The plane has a name Mikhail Verbitsky in honor of the military pilot and Hero of the Soviet Union. Its side number is ‘11 zheltyy’ (’11 yellow’), and its serial number is 103-08.

The Il-38N aircraft is a development of the Il-38SD Sea Dragon export model, delivered to India. We can only guess about exact differences between these two models because it is a secretive project. However, it is known that the Il-38N is equipped with the Novella-P-38 target search and track system.

This system allows to detect aircraft at a distance up to 90 km, and ships – up to 320 kilometers. At the same time, the system keeps in sight 32 targets, both over and under water. It is clear that if necessary, the Il-38N will use this skill in a combat. In addition, the aircraft is capable to conduct a long patrol in a designated area and transmit information to other planes or ships. The Il-38N can carry up to 9 tons of ammunition, including torpedoes and orienting naval bombs.

According to head of the 859th Center of Combat Employment and Retraining of Pilots of the Marine Aviation, Major-General Aleksey Serdyuk, after the upgrading, the search performance of the aircraft quadrupled, compared with the base model. This allows significantly increase possibilities of the Marine Aviation without high costs on building new planes.

In 2014, now-deceased CEO of OJSC Ilyushin Aviation Complex, Viktor Livanov, announced plans to repair and upgrade 28 the Il-38 aircraft until 2020.