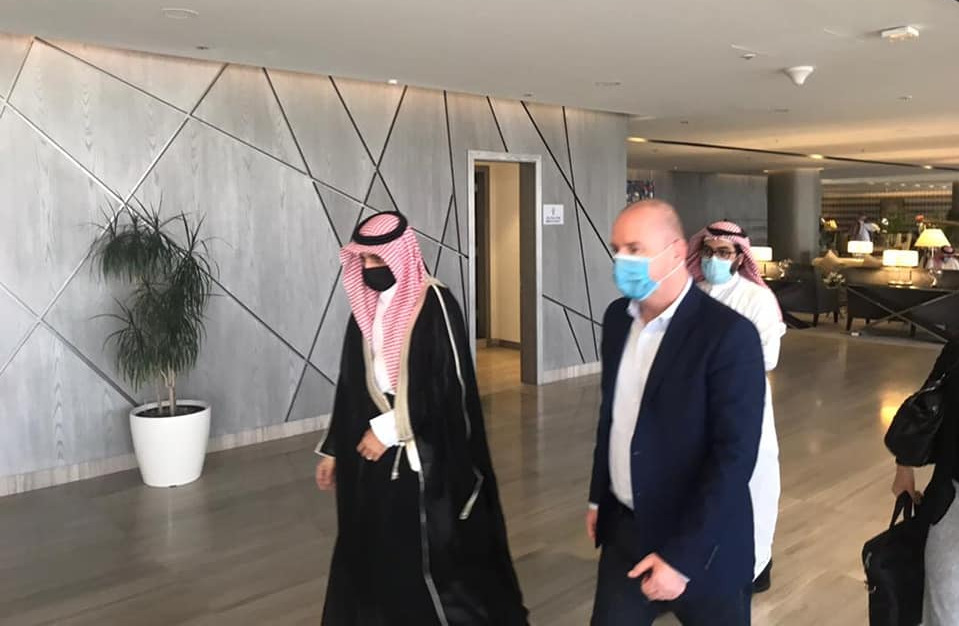 On May 25, Syrian Tourism Minister, Mohammed Rami Radwan Martini, arrived in Saudi Arabia marking the first public visit by a Syrian official to the Kingdom in ten years.

The Syrian Arab News Agency said that the minister was officially invited to attend a conference by the World Truism Organization Committee for the Middle East.

The visit represents a breakthrough in the relations between Syria and Saudi Arabia, especially that it came following reports of a near rapprochement between the two countries.

Saudi Arabia was among the first Arab countries to severe its relations with Damascus and voice its support for the 2011 upraising.

Recent reports revealed a secret meeting between Saudi Arabia’s intelligence chief and his Syrian counterpart in the Syrian capital Damascus. Officials in Riyadh told the Guardian that the Kingdom may restore its relations with Damascus shortly after the three-day Eid al-Fitr festival, which ended on May 15.

The visit of the Syrian tourism minister to Saudi Arabia confirms that relations between the two countries has improved. However, it is still unclear when exactly diplomatic relations will be officially restored.

Muhammed seemes to have done his first miracle.

I am jens sister and he is upset I turned him down so ignore him.

So Saudis will stop financing terrorists in Syria now?

Today they are mostly financed by Turks and perhaps Qatar at least those in Idlib.

Is Valens the beer from croatia ;) ? am i wrong or right ?

Let’s hope the reconsiliation is genuine and noone loses their head.:).

A word of advice Syrian Minister… if you hear classical music and the sound of butchers’ knives… RUN!!!

I would suspect by that stage it will be too late , especially if meeting in an Embassy.

Careful everyone, I see that SF is now blocking certain words. How American of them.

It’s the ‘WordPress’ censor’s in action ,I suspect.

@Fog of War If free speech is censored im out, write test like u did, then edit and write whatever you want.

try again and tell me if its working

Not links, but certain words, mainly connected to a certain tribe.

But when u edit it should work, check it.