The exercises will involve a dozen ships of various classes and more than a dozen aircraft and helicopters from both countries.

Joint training on the organisation of anti-submarine, anti-aircraft and anti-ship defences will be conducted. The main objective of the exercises is to increase the efficiency of interaction of the Russian and Chinese military seamen, joint countering of security threats and improving the coordination of actions of the crews.

The news agency Xinhua reports about “the strengthening and expansion of the strategic partnership and coordination between China and Russia, the deepening friendship and substantive cooperation between the two navies”. The cooperation is not symbolic, indeed the largest surface ship of the PLA Navy (excluding the carriers), the ultra-modern, multi-purpose destroyer “Changsha”, equipped with guided missile weaponry, what the Chinese call “one of the best in the world” will be present. The frigate “Yungchen” has on board a wide range of missile weapons as well and had previously participated in the international anti-piracy mission in the Gulf of Aden (and this is combat experience). The frigate “Yuncheng” arriving in the Baltic port for taking part in the Sino-Russian exercises “Joint Sea 2017”.

Of course, joint exercises of the Chinese and Russian navies in the Baltic Sea do not threaten anyone, but show a considerable potential of cooperation from both sides in the defence sector and certainly cool the hot heads of the admirals and general in Brussels and Washington. The missile themes of the exercises leave little doubt that the Sino-Russian characters of the “Joint Sea 2017” is addressed to NATO and US, whose reign is expiring.

The Chinese group of ships in the structure of the destroyer “Changsha”, the missile patrol ship “Yuncheng” and the support vessel Luomahu sailed from far to the Baltic Sea specifically to participate in the maneuvers of “Joint Sea”. Ahead, there is a lot of work.

The “joint rescue operations and ensuring the safety of economic activities at sea” were announced. The main task of the Russian Navy, during the exercises and the future is the preparation of diverse forces for autonomous combat operations and in interspecific groups. In recent years, such exercises took place in the Mediterranean, Japan and South China Seas, where the Sino-Russian groups (dozens of warships and aircraft) practiced a variety of defences, amphibious landings on unequipped coasts and rescue operations. The increase in complexity of the systems or reconnaissance and communications, missile and artillery tasks, air defence and anti-submarine warfare, elements of electronic warfare is noticeable. However, not one of the neighbouring states was affected and certainly there is no repeat of the fate of Afghanistan, Iraq, Libya or Yugoslavia.

So why do the Western media headlines scream about threats: “China and Russia are challenging NATO in the Baltic Sea”, “In war games Russia and NATO in Europe have a new member: China”? In publications it is argued that the exercises on the doorsteps of Europe is a political message to Trump and NATO: “Russia and China support and protect each other”. As if such support is an extremely negative scenario for humanity.

According to US and NATO logic, their military romp in any part of the world only strengthens democracy and not a challenge for neighbouring countries. American warships consider themselves at home in the Baltic Sea. Earlier the Lithuanian port of Klaipeda had the visit of the US Navy destroyer USS Hue City/CG-66 of the Ticonderoga class, which, according to the Lithuania Ministry of Defence, “showed the determination of the US Armed Forces to further strengthen cooperation with NATO allies in the Baltic region”. However, Russia and China, each have only one foreign military base in Syria and Djibouti respectively, and the United States has a network of military bases (about 800, not counting the hundreds of garrisons in 80 countries) that cover the entire planet. The transfer and deployment of NATO forces in the Baltics states, just as the political and military pressure of the United States in the South China Sea, are aimed against a particular enemy. In such a situation, Moscow and Beijing cannot abandon the system of security measures.

The Power of Tradition

It is the first time that the Russian and Chinese navies conduct joint military exercises in the Baltic, but it is not a reason to aggravate the “post-Crimea Syndrome” or the speculation about the threat about the “increased activities”. There is an element of novelty in the maneuvers, however they are not a direct and imminent threat to NATO countries. After accomplishing the exercises in the maritime ranges of the Baltic Fleet, the Chinese Navy ships will sail to Saint Petersburg (without a doubt to participate in the celebrations dedicated to Navy Day of Russia). The stages of “Joint Sea 2017” were planned in the waters of the Okhotsk and Japan Seas, and will be completed in October.

Further interaction between the Russian and Chinese navies defined a road map for 2017-2020. Commenting on this theme, the Russian Ambassador to China Andrey Denisov said: “The degree of military cooperation is a reflection of the degree of political closeness and trust. … If we are equally close and access those threats, we will naturally try to tailor our methods to repel these threats.” Along with this, the diplomat said that the military alliance assumes the obligations of a military nature, which Moscow and Beijing do not yet.

Joint Sea was first organised in 2012. Since then, the manoeuvres are conducted on a regular basis with increasing complexity of tasks and levels of coordination. This is a systematic contribution of the two countries to the strengthening of security in the World Ocean. Attempts by the West to divide and oppose Russian and China against each other are futile. On the contrary, common threats on land and sea require joint efforts from Moscow and Beijing.

We will note that the military cooperation between the two countries began to develop in the years 1937 to 1945 in the struggle against Japan and since the 1990s; China became the largest importer of Russian defence industry products. Obviously, the military friendship will continue.

I don’t expect NATO being worried. 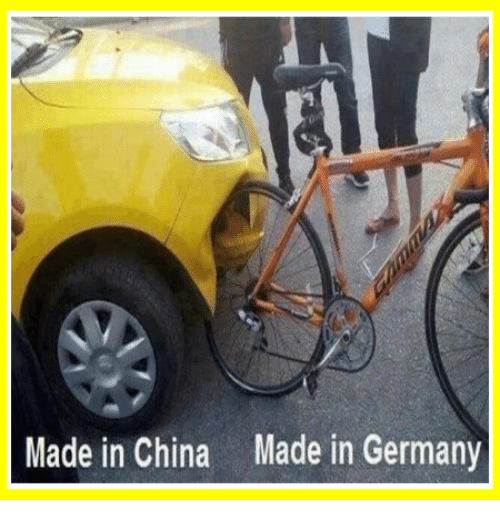 Mountains
Reply to  Kids in Africa

lool what makes you think NATO has any chances against china. If the US is not present it could be over in a matter of days

5 antiship missile made in China have been able to destroy 2 Israeli warships( during lebanon war) and 2 saudi + 1 Emirates warships in Aden Gulf!..

grumpy_carpenter
Reply to  Kids in Africa

You could easily swap the made in China with made in USA except the US car would cost $4billion, take 7 years to commission and when all is said and done you wouldn’t be able to use it because the original price didn’t include tires which are $500 million a piece

If it looks like how you demonstrated here, why aggressive “NATO” must be scared of Russia, China, Iran and NordKoreans since 50 or 70 years!

This is a first signal against NATO and a very serious one… It’s like saying hey yo! We have arrived just so you know in case And don’t try anything stupid otherwise shit may hit the ground

Kids in Africa
Reply to  Mountains

I doubt WW3 will happen just because China in Baltic Sea.

So? You act like the US and its NATO friends are gods on earth? Other nations should defend themselves from the US.

Headline:
“…FIRST CHINESE-RUSSIAN MARITIME DRILLS IN THE BALTIC. WHO SHOULD WORRY…”

Any military naval vessel in the Baltics is a sitting duck for an air strike, submarine or ship to ship attack irrespective of the flag it flies.

Whilst its good for China to practice in the NATO – Russian backyard, the Chinese are very away from the safety of their comfortable home.

Chinese practising long distance patrols for its new-ish Blue water fleet, sorta saying “look what we can do now” to the world.

Chinese just sent a spyship to the Australian coastline to monitor Talisman sabre exercises, they are announcing their presence as a contender in Blue water worldwide “we have grown up now and a serious actor” type thing 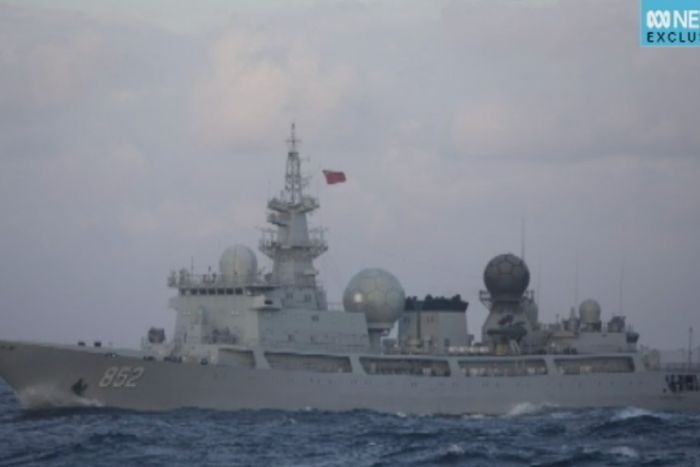