Production of the first experimental batch of the latest Russian self-propelled howitzer – the 2S35 Koalitsiya-SV was completed by the Uraltransmash plant, the enterprise’s general director Dmitry Semizorov announced.

“She [the self-propelled Howitzer] Is currently ahead of its time, so the need for existing models from 2S3M Akacia to 2S19M2 Msta-SM will remain for a while. It seems to me that the core of the fleet of self-propelled howitzers in this caliber are precisely the 2S19M1 MSTA-S models and the modernized 2S19M2, which simply contain a huge modernization potential,” Semizorov said.

At the Army-2018 forum, the Head of the Missile Forces and Artillery of the Ground Forces, Lieutenant-General Mikhail Matveevsky told reporters that the latest self-propelled howitzers, the Koalitsiya-SV, were the first step towards the robotization of military equipment.

Earlier, the Ministry of Defense reported that they want to complete the state tests of the Koalitsiya-SV self-propelled howitzers in 2020.

The 2S35 Koalitsiya-SV self-propelled howitzer was developed at the Nizhny Novgorod Central Research Institute “Petrel”, officially it was first shown at the Victory Parade in 2015. The basis of firepower is a 152 mm 2A88 cannon with a rate of fire of more than ten rounds per minute, which is higher than the rate of fire of other artillery systems.

This was achieved thanks to the design of the loading mechanisms of the gun. In addition, the Koalitsiya-SV’s weapons kit includes a remotely controlled installation with a Kord machine gun.

The new self-propelled howtzer is the successor of the MSTA-type systems and is designed to destroy command posts, air defense and missile defense systems, communications centers, artillery and mortar batteries, armored vehicles, including tanks, anti-tank weapons, as well as enemy ground troops.

In the General Director’s words, the self-propelled howitzer’s advantage will come from the fact that it will be more maneuverable and faster.

“We look forward to the emergence of new ammunition and are working on this with enterprises in the ammunition industry. In addition, a lot of work is underway to increase the reliability of this unit, so I think that the self-propelled howitzer will keep its status as a main combat system for a very long time.” Holy Shit!
1 round every 6 seconds!
152mm barrel!
im guessing the range is insane and classified! Russians usually hold the longest range records for these types!
its a fucking beast!
test it in Syria AAAA hahahaha would be awesome! Perfect timing for Idlib! 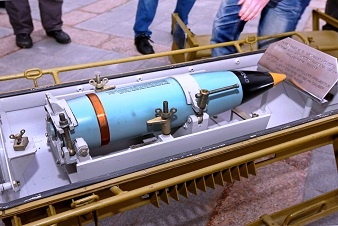