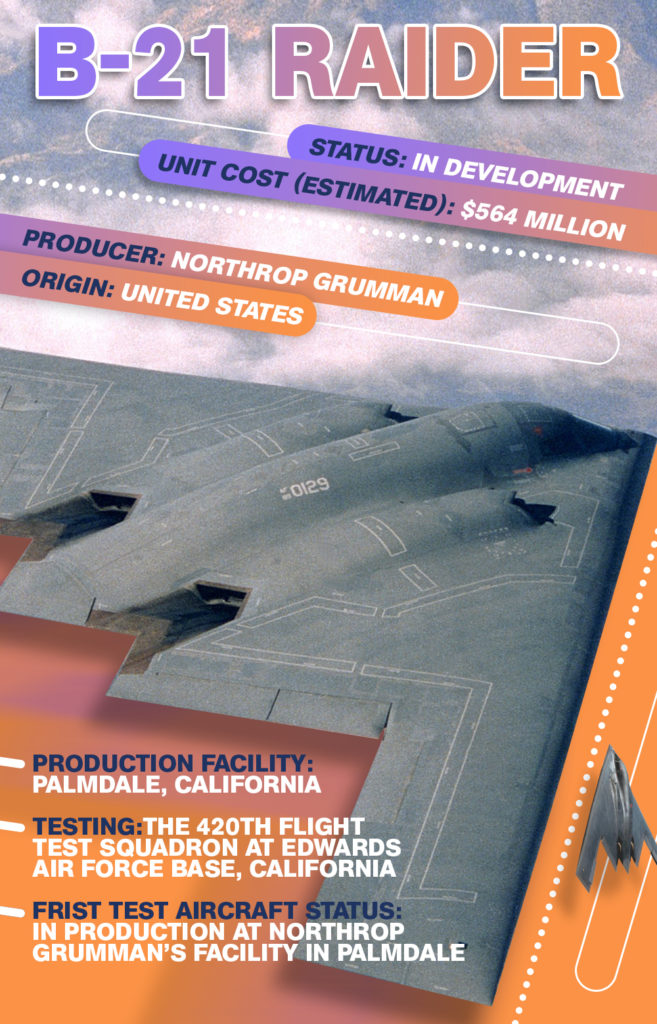 “Acting Secretary of the Air Force Matthew Donovan announced Sept. 16 that the B-21 Raider is being produced in Northrop Grumman’s Palmdale, California, facility – the same location as the B-2 Spirit. In addition, the 420th Flight Test Squadron at Edwards Air Force Base, California, will be reactivated to support testing of the B-21 Raider, as it did for the B-2.

While speaking at the Air Force Association’s Air, Space and Cyber Conference, Donovan remarked on the Air Force’s B-21 program noting, “the development of the B-21 Raider is on schedule and the first test aircraft is under production at the same production facility in Palmdale, California, as its predecessor, the B-2. The first flight of the Raider will take it from Palmdale to Edwards AFB, where the legacy of excellence will continue with the reactivation of the 420th Flight Test Squadron.”

The B-21 will be a highly survivable, next-generation bomber with the ability to penetrate modern air defenses and hold any target at risk globally. The program has a mature and stable design and is transitioning to manufacturing development of the first test aircraft in Palmdale. The Air Force Rapid Capabilities Office along with the 420th Flight Test Squadron at Edwards AFB will ensure delivery of this asymmetric capability to the warfighter at the preferred main operating base locations of Ellsworth AFB, South Dakota, Whiteman AFB, Missouri, and Dyess AFB, Texas. These three bomber bases will continue their long heritage of equipping and supporting Air Force Global Strike Command as they prepare for the arrival of the next generation bomber.

The Air Force continuously evaluates the B-21 program security posture with input from the intelligence community and is committed to maximizing transparency of key program information while balancing the need to protect vital technologies and capabilities from adversary exploitation.”

Meanwhile the PAK DA is postponed time and time again.. PAK FA is being built in very small numbers etc..

The US economy is vastly bigger and Trump has increased the defense budget a lot.

Yeah! Yeah! Some thought F-117 was untouchable too

it’d have to be highly-survivable if it costs as much as a squadron of moderately survivable SU-24s that can deliver the same payload!