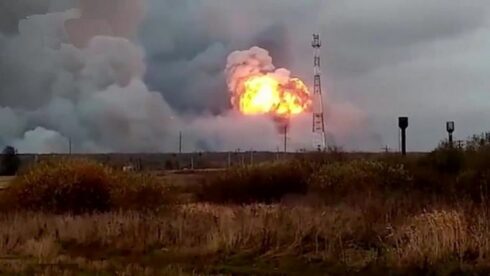 On July 31, explosion took place in the ammunition depot in Bulgaria, from which weapons were supplied to Ukraine.

According to the Bulgarian National Radio, an ammunition depot located in the city of Karnobat caught fire. The facility belonged to arms dealer Emilian Gebrev who declared that he had been supplying weapons to the Armed Forces of Ukraine since 2014.

According to Gebrev, only obsolete ammunition was stored in the warehouse.

“Ammunition depots are located on the territory of the former army barracks. The fire was preceded by a small explosion,” BNR reported with reference to Gebrev. 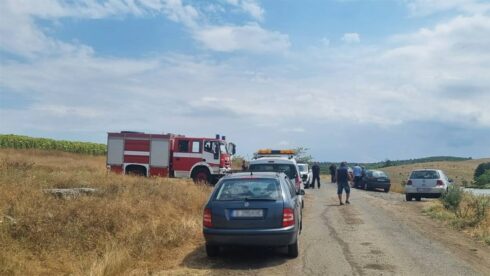 Earlier in April 2021, Sofia accused Russia of the explosions at factories and military warehouses that took place in Bulgaria between 2011 and 2020, as well as of the assassination attempt on Emilian Gebrev.

The Bulgarian prosecutor’s office said that the main suspects were six Russians, “alleged GRU employees.” The announced evidence raised doubts, and violations of the rules of ammunition storage were found at enterprises owned by Emilian Gebrev. The Russian involvement n the explosions is yet to be proved, but Sofia declared the assistant to the Russian military attache persona non grata. 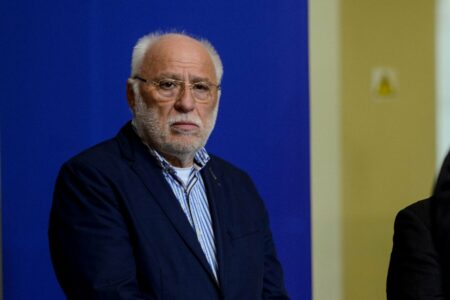 The owner of EMCO Emilian Gebrev is called a Bulgarian arms dealer. The Russians are accused of two attempts to poison him. In 2015, he was allegedly poisoned twice: in a restaurant in the center of Sofia, and then in his own house on the Black Sea coast. The perpetrators could not be found, the case was closed, but they launched again after the poisoning in Salisbury in 2018.

This news is at least 24 hours old. Nonetheless, this might be one of the Russian hits behind enemy lines

That entity was the same source of armaments that secretly supplied ISIS and other extremists in Syria, its nature and character of business constitute a legitimate target of RF forces. Hope to see more of similar incidence over the lands of ukronazi supporters.

This creature deserves a 9mm bullet in the face.

Russia’s enemies are not doing too well. First all the JUNK F-35 get grounded as dumbass Americunt pilots ejected and broke their necks, most of the “game changing” Himars proved to be duds and could not even take down the Dnipro bridge and now the Bulgarian warehouses are blowing up, wonder what’s about to happen in Warsaw?

Putin thinks he can just cross borders disguised and do whatever he want.

well the jewmuricans does that allover. so why not.

It’s me
Reply to  Tommy Jensen

In this case, he was correct.

Since NATO declined Putin’s personal invitation to come over to Ukraine to join the party, it’s just right to bring the party in their own yard.. Have fun cowards.

Why not Nato crossed the Ukrainian border disguised as Ukrainians.

Doesn’t matter, he is bloody bastard, that’s all.

The Crunge
Reply to  Антон

Yes, he has all the facial features and expression of a khazar.

Yes, he is a Jew and was on Mossad payroll.

Could just as well be an insurance scheme. Or perhaps a Russian sympathizer that did, you know. The thing.

Very good , this guy is an old corrupt communist

How much for a blow job honey

BS on the obsolete ammunition, the majority of ammunition sold to the Ukraine is obsolete and as a businessman, it’s what he would have dumped off to them first. This was undoubtedly a high priority target of Russian sappers and destroyed valuable weapons.

Hohols loves to steal armaments and blow up the storage to avoid revision. Gebrev traded guns not only to ukronazis, but to DAESH also. There will be more explosions, because outdated weapons can detonate by themselves. All his childish whining about “evil russians” is so stupid crap that only the most stupid people believe that. 2 “attempts” and he is still alive, ha-ha-ha. Major Kuznetsov under disguise of german captain killed generals, officers of the 3rd reich and gauleiter Koch (governor of reichskomissariat). General Sudoplatov sent ex-banderite to kill Bandera in Munich and succeeded. Trotskiy was killed in Mexico from the second attempt (killers were local amateurs). Terrorist Hattab was poisoned by his cook (recruited by RF special services). Terrorist Zakaev was killed with car blast in Qatar. And this Hebrew, eh, Gebrev is so invincible, yeah, sure! Gebrev, tell this crap to somebody else. If russian generals had intention to kill you, you would be dead already. And english bastards must shut up and return our citizen (Skripal’s daughter) back home, they can hold traitor Skripal as long as they wish. Now they hold her against her will.

Why wouldn’t he still be alive after the attempts? Both of the Skripals lived! Navalny lived! Maybe the agents aren’t trained well; maybe the toxin they use is old and weakened. Sometimes renegade spies operate their own missions with stolen toxins – after the dissolution of the USSR, it’s said some were sold for good money.

Probably a HIMARS hit it by mistake like with the strike on the POW camp holding Ukrainians that killed like 200 of them.

If it was russia then good more of it. They are accused to do all kind of shady things why not live up the the reputation.

Maybe its false flag, maybe his workers burned the warehouse to blame the russians and get compensation

FSB-GRU units taking it up a notch to the terrorists’ front door.

He doesn’t look very handsome or happy. I guess all that blood money didn’t cheer him up. That’s too bad.

Zelensky would take even junk, as he will never pay a dime, ukraine would cease to exist and the countries who send weapons would take their loss, especially Greece who paid an arm and a leg for the weapons it bought from the US, now Turkey can send 2000 soldiers would invade Greece with any resistance.

Only Nuke Bombs use
Reply to  David

Greece sended a lot of guns to ukraine, greece is number 3 country after usa and poland

“War is the harvest of the juice.” Polish saying. Looks like somebody took care of the chosenite Gebrev’s poisoned “crop” of death for rump Ukropland. Nice!

Is an EU war is about to take off? Kosovo is being instigated with the same crap they pulled in Ukraine, with Serbia saying things similar to warnings Russia issued before the SMO. Then there is Azerbaijan/Armenia trying to go hot. Just a couple of coinkydinks…no one is trying to widen the Ukraine conflict, oh no…they wouldn’t do that. Of course, throwing a possible China/US spat into the fray is icing on the cake. Well, losers never lose easy…they just gotta take as many with them as they can. Trying to overload Russia with more fronts ain’t gonna work either. They can’t let it escalate to the rest of Europe, can they? No, they haven’t enough weapons left to attack a circus…or was that the plan? Welcome to the NWO.

EU war? Kosovo is not part of EU nor is Serbia. But yes, you are right somebody is doing his best to stirr up more trouble. And this is not just about Russia, it has far more deep implications.