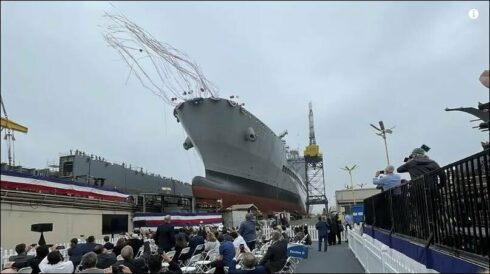 This article is based on the thoughts shared by Mr. Strelkov on this topic.

Actually, this is their business, besides, “these” are also people, with all the problems and passions inherent in people. For example, on April 19, 1989, an explosion occurred in the tower of the main caliber No. 2 of the battleship Iowa. Forty-seven sailors were killed.

And one of the versions was that it happened as a result of the heartache of Commandant Clayton Hartwig, who was cheated on by his “friend” Kendall Truitt. Hartwig decided to punish the traitor, although he himself died in the process. Then this version was swept under the rug, but it left a residual trace. In fact, there are a number of books on the subject, here is one of them: 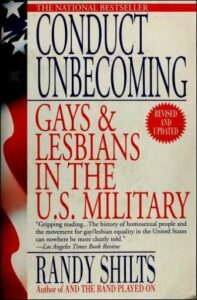 Anyway, the christening of the US Navy’s new supply ship USS Harvey Milk took place on November 6th. Harvey Milk was not just gay, but the first openly gay politician and LGBT activist. 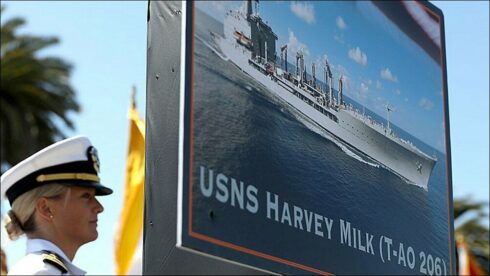 At one time, he served as a diving instructor officer on the submarine rescue ship “Kittiwake”. At that time, he was forced to hide his peculiarities and still after 5 years of service, he was dismissed to the reserve. U.S. Secretary of the Navy Carlos del Toro said at the tanker’s christening ceremony that Milk had to “disguise this very important part of his life” while he served in the Navy.

“For too long, sailors have been forced to stay in the shadows or, even worse, leave our beloved fleet. This injustice is part of the history of our fleet, but so is the resilience of all those who continue to serve in the face of injustice,” he said.

Now sailors are not obliged to disguise this part of their lives and Harvey Milk made a huge effort to achieve this goal by becoming a politician. It is quite possible that the tanker will be manned with such sailors. Then the minister continued: “These are the kind of naval leaders we need in the officer corps, our enlisted corps and our civilian workforce.”

And Navy veteran Paula Neira, one of the ship’s sponsors and director of the clinical programme of the Transgender Health Center added: “When the Harvey Milk sets sail, it will send a message both domestically and around the world to everyone who believes in justice, freedom and the law that there is a place for you in this family.”

San Diego mayor Todd Gloria: “Harvey was a beacon of hope not only for LGBT people, but for all Americans. Now this ship will become a symbol of hope for the whole world”.

It will be no secret that minorities are diligently cleansing the space around them of dissenting voices.

A certain Dan White lived in San Francisco. At 32, he was a Vietnam veteran and former police officer who became one of San Francisco’s youngest elected officials. On the Supervisory Board, White represented a working-class neighbourhood, many residents of which felt besieged by the growing power of women, minorities and gays. Here’s a picture of a laughing Harvey Milk and Mayor George Moscone: 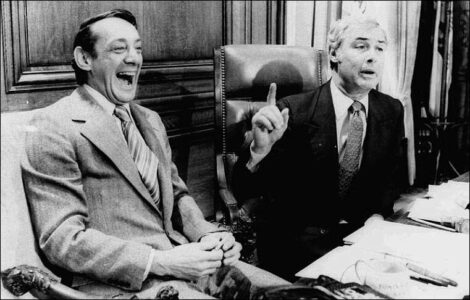 “Dan White’s resignation was a political gift to George Moscone,” said Judge Quentin Kopp, who served on the board with White. “Because now he could replace him with someone no one has heard of, but who would surely vote for George Moscone. And this gave him six votes out of 11 on the Supervisory Board.”

White could not come to terms with this and on November 27, 1978, he shot both of them right in the mayor’s office. The jury found White guilty of manslaughter. The gay community raged, but could not change anything, White served only five years. But two years after his release, he committed suicide.

Those who participated in the christening of the ship: 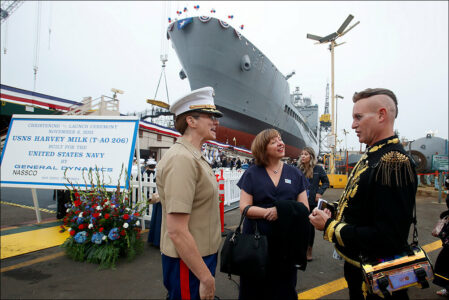 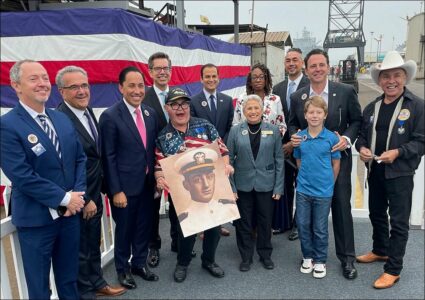 Do you know who holds a photo of Milk in military uniform?

It is the Queen Mother, Empress Nicole Murray-Ramirez, the leader of the oldest LGBT organisation in the world with 70 branches in the cities of the USA, Canada and Mexico, the head of the “Imperial Judicial System” and who knows what else. Biologically male. And he often looks like this: 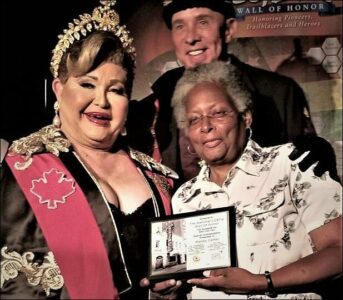 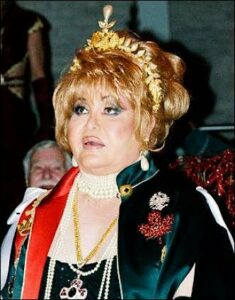 Such people now influence attitudes and politics. Are they independent or just someone else’s tools? What difference does it make to us? But if it exists and develops, then someone needs it.

First combat encounter and it will head for the bottom faster than a catholic priest. TEP.

Who’s in charge of southfront.org now ? I mean who is allowing such contributions to apear on a then serious and professional media ?

At least it hasn’t turned into a covfefevirus obsessed site that proclaims the CIA stooge and fascist Jair Bolsonaro a “hero” like Anti Empire. Yet.

I agree with that

Its full of Semen…

Followed by the ‘ USS DUGOUT CANOE ‘.

This is what happens when you let Joo fags subvert your military….

Go America! It’s heartwarming and sings a bright future for the rest of mankind personkind. We support you %110. Hope to see all the pirate navy fully inclusive someday soon. Keep up the good work.

It’s madness all over the West now.

The morale must be lower than the Marianas Trench. Imagine the shame and stigma being assigned to this ship. The Marines must be laughing their asses off at these fag nut-to-butt sailors.

Its just so extremely naturally and already scientific proved and documented, but you refuse to admit it!

If people were allowed to jump out of the closet, you will see the majority of the US population are natural unnatural and that everything YOU believed in was wrong! Because you are anti-science and deny yourself access to your own feelings, your own eyes and your brain, and you know this is the truth!!