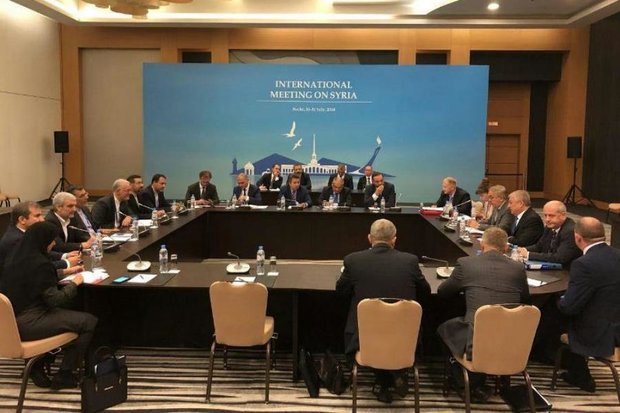 Final statement by Iran, Russia and Turkey on the International Meeting on Syria, Sochi, July 30-31, 2018 (source):

The Islamic Republic of Iran, the Russian Federation and the Republic of Turkey (hereinafter – the Parties) reaffirmed their strong commitment to the sovereignty, independence, unity and territorial integrity of Syria and agreed on the following:

Good declaration, and now lets see the SAA cleaning up Idlib. The Turk proxies that will not be supids only have to reconciliate and be integrated in the auxiliary SAA forces.

Thank you for the video. I suspect that the operations against the US Coalition of Terror in Idlib will be even more devastating as a quiet demonstration of firepower towards Turkey :)

Anna News videos are the best!

https://www.youtube.com/watch?v=e5BZw3J1qRo Ahed Tamimi and her mother released after 8 months from Israeli prison. The world condemns the harassing and kidnapping of children in Palestine.

apart for the un and the refugee articles, indefinite and general conclusions… the russians are stalling.. by november i think that Idlib will be again syrian and i am curious to see the turkish reaction…..

You were talling us about “stalling” for a year or so but reality shows that while some keep talking Syrian land is liberated step by step. At this point Idlib is next and Turks confirming above statements will find it hard protecting Nusra in Idlib.