On June 10th, the Government of National Accord (GNA)’s offensive on Sirte, under control of the Libyan National Army (LNA) appears to be stalled.

This is likely a sign of either Egypt’s large deployment of forces near Libya’s eastern border, following its proposal of a ceasefire, is effective, or that there’s some other behind-the-scenes movement.

It is likely that the Turkish support of the GNA deemed their forces and equipment insufficient and is deploying more, as it carried out the 22nd flight of a military transport flight with a C-130 Hercules.

LNA spokesperson Brigadier General Ahmed al-Mesmari said that the GNA had retreated up to 90 kilometers away from Sirte after failing to mount an effective offensive and that the LNA air force was targeting their positions.

US President Donald Trump spoke with Egyptian President Abdel Fattah al-Sisi. They discussed ways for foreign forces to depart from Libya, and Trump praised al-Sisi’s attempts at reaching a political reconciliation in the country.

There was a @POTUS–@AlsisiOfficial phone call today, according to the @WhiteHouse. pic.twitter.com/WiURyuvmeJ

This is significant because, at least formally, presents a US stance that doesn’t directly support Turkey, a NATO ally. Which could also be a potential reason as to why the GNA’s campaign of recapturing objectives has stalled.

On the ground, the GNA has captured an LNA Mi-35 helicopter and tried to transport it to Tripoli.

Accidentally they got it stuck under a bridge.

#Libyan Mi-35 that was captured near Tarhuna a few days ago is stuck under a bridge while being transported in #Tripoli pic.twitter.com/DD3ygHsO9u

A container full of decomposing corpses was discovered in southern Tripoli by GNA forces.

The area was largely used as a forward position for LNA when they fought in Tripoli.

A similar mass grave was discovered in Tarhuna, which was recently recaptured by GNA.

A new mass grave has been discovered in Tarhuna city pic.twitter.com/vuCl35xgfC

Finally, as the fighting appears to have stalled Field Marshal Khalifa Haftar emphasized that the LNA wouldn’t stop its fight to preserve Libya, its sovereignty and territorial integrity.

“On the ground, the GNA has captured an LNA Mi-35 helicopter and tried to transport it to Tripoli”…what would you expect from some howling bearded primates?!…

STFU shia asshole or gayreek(whatever the hell is your identity)

Have you drunk al your rat milk today you shit eating paki ?

Thats what your turkgay boyfriends do, shit eater paki!

According to media sources, the Greek Navy intercepted a Turkish cargo ship suspected of being “loaded with weapons and ammunition” off the Libyan coast.

Make sure you got that red dot you Neanderthals like to paint on your foreheads.

I got a bullet with your name on it, pakisis twat !

The United States needs to play a more active role in Libya, both in achieving a ceasefire and in political talks, Turkish Foreign Minister Mevlut Cavusoglu told broadcaster NTV on Thursday. 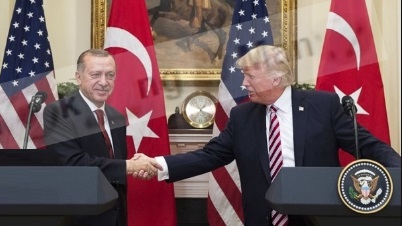 1 Greek frigate vs 3 Turkisis.
But if the Italian head of the coalition that was in charge had given the order the Greeks would ‘v kicked your dirty kebap asses back to the stone age mongol !

You got lucky there, thank the Italians, they have a knack for running away from battle!

Hahaha that was a good one!
Now, do as your Italian masters say, Gayreek!

…said the twaty kebap from TurkGay that run to his boss, Uncle Sam, when they couldn’t handle the shite the got them selfs into !

both are free now. Left is East…

be patient my little Hefter… hihihih