The Syrian Arab Army (SAA) and the National Defense Forces (NDF) have secured their recent gains in the Beit Jinn pocket in southern Syria. The SAA and the NDF are now developing momentum in the direction of Maghar al-Mir controlled by Hayat Tahrir al-Sham (formerly Jabhat al-Nusra, the Syrian branch of al-Qaeda).

On the same day, the recent government advance pose a clear threat to the militants remaining in Beit Saber. According to pro-government experts, the SAA and the NDF will continue their operations in the area until they liberate the entire pocket or local militants accept a withdrawal agreement to Idlib. 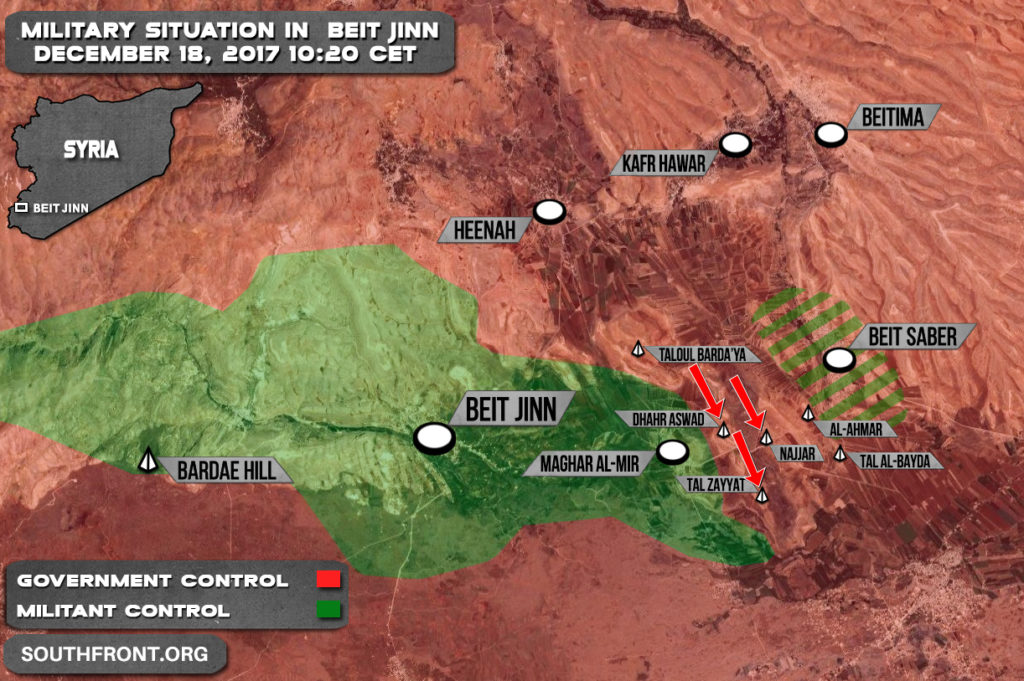 Maghar al Mir will give control of Beit Jinn from the South. The end for the terrorists.

Beit Jinn is similar in topography to Wadi Barada. Why not send the same units that liberated Wadi Barada in January to Beit Jinn?

Very good work by the brave Syrians and their allies.Getting closer to the Isis headquarters in occupied GOLAN.

I wonder whence the terrorists get their support, seems Israeli border is only source.