Escalating crisis in Syria has led the development of most important events this week, both diplomatic and military. 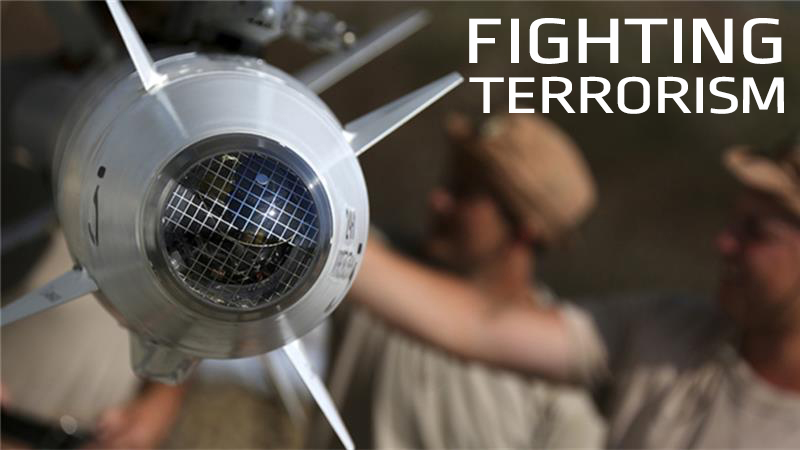 World’s major powers are focusing their efforts into one common goal: coping with the threat of violent extremism worldwide; although, interests are not the same for all.

A proof of that is Sergei Lavrov’s allegation about the IS (Islamic State) on a radio interview on November 19th, where he stated that is widely known that the US created the extremist group in order to destabilize the government of Bashar Al Assad. For this purpose, many terrorists (catalogued as such) who were in jail in Afghanistan and Iraq were released to create the jihadi group. Somehow Americans didn’t forecast the scope of their stratagem. ISIS became a self-developing movement, in Lavrov’s own words, and there’s no turning back now.

The scale of ISIS threat has grown worldwide, it’s not only Syria’s problem anymore, now, the world major powers are at risk maybe in retaliation for the offensive that’s looking forward to eradicate the terrorist group; and perhaps that’s the case of the attack to Russian airliner A321.

The head of the Russian Foreign Ministry’s Department for New Challenges and Threats, Ilya Rogachev said in an interview with the Kommersant daily published on Friday 20th that US provided Russia certain information about the plane incident, information which is now being analyzed by the competent agencies. A fact arises here: coordinated efforts against terrorist threat are imperative right now despite political differences and feared indoctrination. The US and the countries member of the European Union refuse without considering that common objectives, like the fight against ISIL could be effectively achieved by means of an alliance, but, are particular interests at stake?

Besides that, it seems there is a serious problem of priorities in the international agenda since some Western leaders are considering a possible extension of the anti-Russian sanctions as denounced by the State Duma Speaker Sergey Naryshkin on November 20th.

However, the sorties against ISIL have continued, both carried out by the US-led coalition and the triangle formed by Russia, Iran and Syria itself, but it has to be mentioned that in comparison to the ones led by Americans, Russian attacks to the Islamic State objectives have been faultless and absolutely legitimate since they have taken place in a lawful frame in compliance to international law and by request of the Syrian leader.

After the 9/11 terrorist attacks in the United States, the UN Security Council passed a resolution giving the right to an individual or collective military response in line with Article 51 of the UN Charter, which also referred to anti-terrorism activity.

The chairman of the Federation Council Upper house International Affairs Committee, Konstantin Kosachev, said in a session of both houses of parliament on action against terrorism that the setting up of a global coalition against terrorism initiated by the Russian president was stalled, and Russia was not to blame.

“The key issue is readiness and a bid to cooperate with Russia, with our partners, without any preconditions from the states that are nowadays part of another illegitimate coalition led by the US,” he stated, noting that any coalition should have full international legitimacy and full respect for the sovereignty of the countries involved. No secondary aims should be pursued in such activity, like replacement of “unwanted regimes” in the region and other insurgency on the territory of a sovereign state, as it is clearly happening in Syria with the US-led coalition.

Barack Obama reconfirmed US and allied commitment against terrorism around the globe, including the Asia-Pacific region, during a speech on November 22nd at the US-Association of Southeast Asian Nations (ASEAN) and East Asia summit in Kuala Lumpur, Malaysia. The American leader showed himself confident of a self-proclaimed idea of keeping the leadership of the fight against terrorism.

To achieve that goal, the US seem to have the intention to create a global coalition encompassing as much “allies” as possible (anyone but Russia), and as proof of that US Secretary of State John Kerry held a briefing in Abu Dabi on November 23rd with his counterparts Abdullah Bin Zayed from the UAE and the heir prince of Abu Dabi, Mohammed Bin Zayed Al-Nahyan. Kerry proposed the option of finding out a solution for the civil war involving President Assad’s Forces and the opposition groups to coordinate more effectively further actions in the struggle against ISIL.

France, which is also an active member of the coalition fighting the jihadist group, has finally made an important breakthrough by accepting a military cooperation with Russia despite the US denial to do so. It´s important to mention that in the official visit of François Holland to his American counterpart Barack Obama in the US on November 24th, no agreement was reached in regards to a possible military cooperation with Russia. Unless Putin changes his strategy in Syria (stop attacking President Assad’s opposition), there’s no chance to achieve an arrangement, Obama said.

Previously that same day a Russian Su-24M frontline bomber was downed by an air-to-air missile launched from a Turkish F-16 fighter jet when it was returning from an anti-terrorist mission to the Hmeymim airbase in Syria. The incident detonated a series of reproving reactions against Turkey, who is also part of the coalition fighting the Islamic State. Turkey has its right to defend their airspace, Obama said, while the leaders of several other nations condemned the offense which can’t be overlooked by Russia.

Nevertheless, military operations continue in Syria as the world’s major powers are now strengthening the security of their own homeland while facing the threat of imminent attacks. Is the conflict changing its scenario? How worse humanitarian crisis will grow?

It’s becoming clearer every time more that Russia’s influence in the frame of world politics and military actions is growing stronger despite Americans’ efforts to discredit the advances made by their historical nemesis.