Zvezda TV channel of the Russian Defense Ministry released a video from the cockpit of a fighter jet showcasing operations of Su-24M and Su-30SM warplanes in the region. These warplanes were monitoring actions of the US Navy’s USS Donald Cook in the Black Sea as the Russian Armed Forces were holding military drills.

The military drills involved the aviation and Bal-E coastal defense systems of the Black Sea Fleet. As a part of the drills, the joint forces discovered and destroyed a mock enemy surface ship with a group of saboteurs on board.

The Bal coastal defense system is armed with 8 containers with Kh-35 anti-ship cruise missiles. They are capable to striking targets within the range of 130/260 km (depending on the modification) and defeat ships with the displacement of up to 5,000 t. 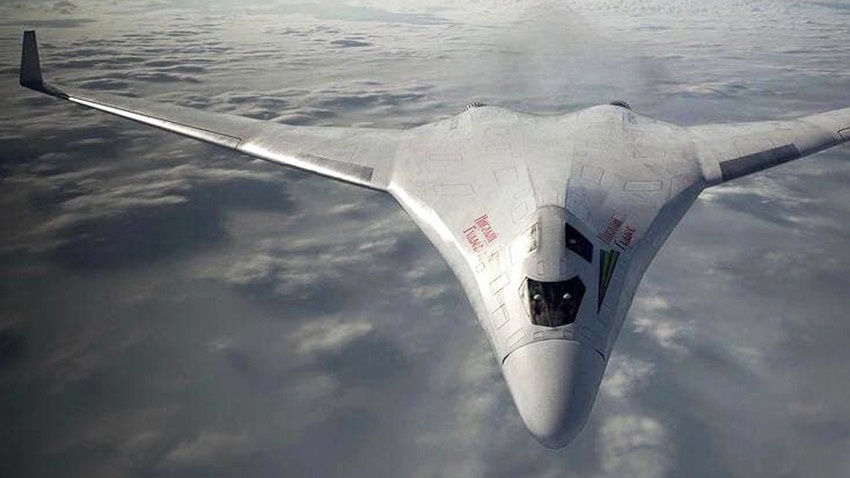 I believe that the 1st ‘flying wing’ aircraft design to be flown in combat in 1944 was by the German Luftwaffe. 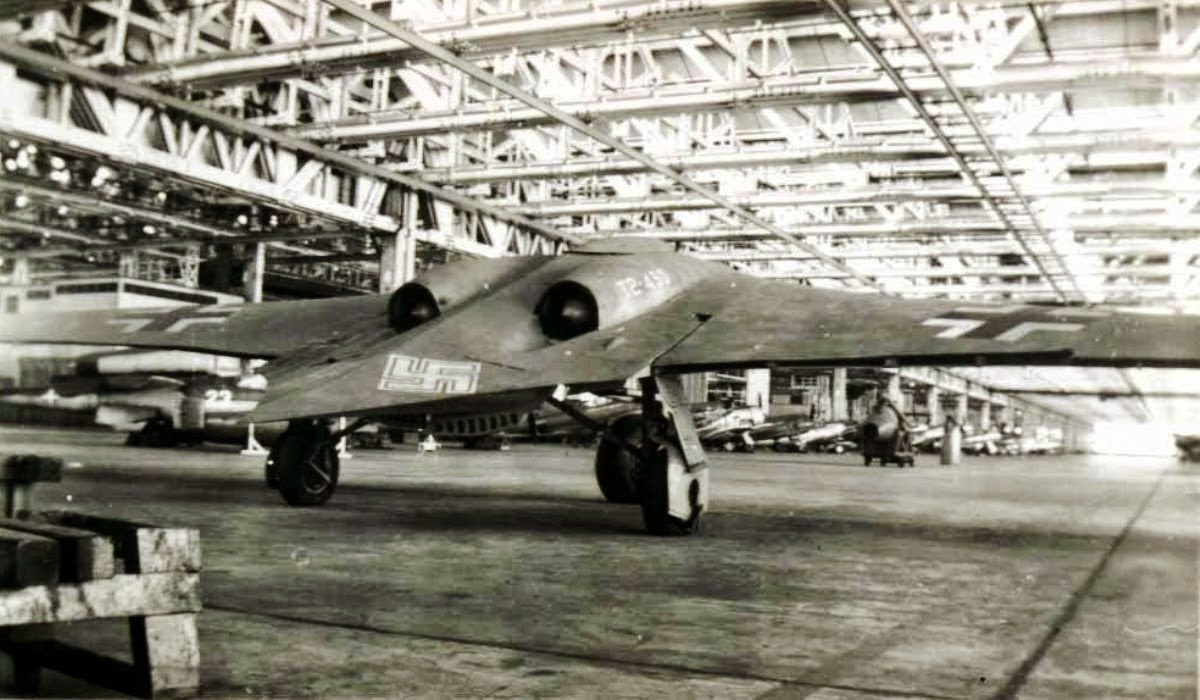 The German engineers were and still are a world class of inventiveness, civilian and military.

This is what the British Empire really feared in WW1 and WW2.

The Russian Flanker platform looks so curvy and aerodynamic, unlike the F35 obtuse looks.
Even Suk 57 looks very aerodynamic considering its stealth design.

Stealth platforms aren’t aerodynamic because they have to keep radar reflecting surfaces to a minimum. It’s one of the many handicaps of any stealth configuration.

Yes, I am aware of that, it is short sighted to make a stealth obtuse airframe that has little maneuverability, is “”seen”” by specialized radars, and to carry a limited weapon load.

I’m old enough to remember that in the early 1980s VTOL was the “future” of military aviation. That VTOL craft were always less capable than normal aeroplanes in terms of speed, range, and weapons carrying capability never seemed to have occurred to anyone. Now VTOL is something that’s almost abandoned by most designers. I predict that “stealth” will go the same way.

Is the F-35’s Cockpit Too High Tech For Pilots? Operators Struggle With ‘Useless’ Advanced Features.
The key word is USELESS.

Perfect waste of Amerikastani military budget money. The more of it that make the happier I am.

The list of wastes is VEEERYYYY long. Murika’s military budget goes 70% into bribes and 30% into actual development and research.

I have the same opinion of cars. They are full of gadgets that are rarely used, an when one thinks it might be a good idea to use such a gadget, I have forgotten how to use it :)

VTOL Harriers were the latest toy because they did not need an airfield, their range and payload was limited.
I think the stealth concept will still dominate the US MIC…..because of the American mindset, to stay cloaked and kill your enemy from a distance.
Gen 6 aircraft will use the stealth concept.
The Zumwalt destroyer is another reminder of this mindset and another expensive disaster with 155 MM gun rounds costing 1 million each, and a bizarre hull and superstructure.

nonsense!!!
SU-57 is air -superiority jet that has super-maneuverability and you label that jet NOT being ” aerodynamic”?!?

Su 57 is low observability. It is far from “stealth”. That would require it to either adopt a flying wing profile like the B2 or else a faceted shape like the F117. Even then, of course, it would be visible on radar from multiple directions, which is why ‘stealth’ only works in cases where the opposition has a limited number of ground based radars.

BS.
Su-57 is a stealth jet.
In fact its superior because it uses three different types of stealth.
Conventional stealth (RAM coating + radar deflecting geometry), active radar cancellation (electronic stealth) and plasma stealth.
Funny that Russia has no problem tracking Flop-35s and Craptors while the U.S. cant even track the Su-35 as shown over Syria…

Plasma stealth in realistic terms occur naturally at hypersonic speeds.
The Suk 35 turned behind an F22 because Kibiny ECM on Suk 35 and ground based EW denied the F22 their “much vaunted” situational awareness.

Are you saying that the US F22 pilot went into the emergency,
‘Where the fuck are we mode’ ?

don’t switch the subject !
Find me ONE article where WESTERN (not Russian) experts call ANY Russian fighter jet ;NOT being “aerodynamic” ever ?!
If you can NOT find even one then shut the **** up mr. FALSE EXPERT!
1st you label Su-57 jet NOT being “aerodynamic” now you want to start to label it ” far from “stealth” ?!?

I said stealth was not aerodynamic.

Learn English before you open your mouth again, little illiterate child. Or I’ll shut it for you.

Yes just bring it on LGBT western Muppet , you think that clowns from the west can scare anybody here on the East??!
I cant wait that your fagot NATO army tries to invade Russia to see how FAST YOU CAN RUN away !
I understood in short SU-57 is NOT anything positive and your Flop35 and F-22 ere built like “flying wing profile” huh?
I have been reading for decade you people badmouth SU-57 and glorify to heaven your CRAP F-35 And I had enough of that bull**** !

If the Reich ignites the conflict in Ukraine again the Russians should finish it once and for all.

Putin could have finished it in two days in 2014 but didn’t. There is zero possibility of his doing so now.

Putin is a pacifist.
Every move he makes aims at minimum casulties.
But make no mistake if he has no other choice he will vaporize the enemy.

He has said as much to NATO a few years ago.
President Putin iterated that any major military incursion onto Russian land , would be countered by tactical nuclear weapons.

” The first day of the Battle of the Somme, in northern France, was the bloodiest day in the history of the British Army and one of the most infamous days of World War One. On 1 July 1916, the British forces suffered 57,470 casualties, including 19,240 fatalities. They gained just three square miles of territory. “

Now Russia has a real chance of invading Ukraine and exterminate the rats. And with a standing ovation by the ukrainians.

I know plenty of Ukrainians and not one was happy about the Maidan coup. Even those who couldn’t stand Yanukovych (because he was pretty corrupt and incompetent) didn’t want the Nazis in power. Also, you can totally win a war even if the people of the target country are all against you. You just shouldn’t try to occupy it afterwards. Go in, achieve your objective (crush the Ukranazis, reinstate Yanukovych), and withdraw. That is all.

Bombing a country, not occupying it, leaving behind thousands of dead bodies and angry ( and hungry ) families. The perfect receipt for a disaster ( ask the americans ).

You can do it this way, if you are the empire. But don’t be fooled, the time will come when your power will go down the drain and then all hell will be unleashed upon you by your past victims ( ask the romans about how the barbarians trashed them ).

A country is made by its people, not its system. Destroying the system just means kicking the can, but it will not solve any problem and will not win you the affection of the bombed people.

Ukrainians are brothers to russians. They have a very special relationship. And Putin has been very cautious to not destroy this relationship. The americans tried to put ukrainians against russians, and they are doing everything to do just that ( hence the massive propaganda machine and the support for the nazis ). On the same page, the americans are trying to put Navalny in power, just to unleash the separatist wave that Putin quashed 20 years ago. Navalny is a racist, anti-muslim, and slav/white suprematist. He makes for a great tool to balkanize Russia. And this is why Russia’s authorities have zero tolerance for people like him. Even Yabloko ( the xenophobic/racist/nationalist party ) understood how mad Navalny is.

You really are an illiterate.

I regret to speak it even this much….what makes me happy though, is that you ameryCunts will learn Spanish and Chinese soon….who needs English.

There is really nothing wrong with his English.

Most excellent Comrades ?
CIA trolls and ukropnazis will cry and rage ? 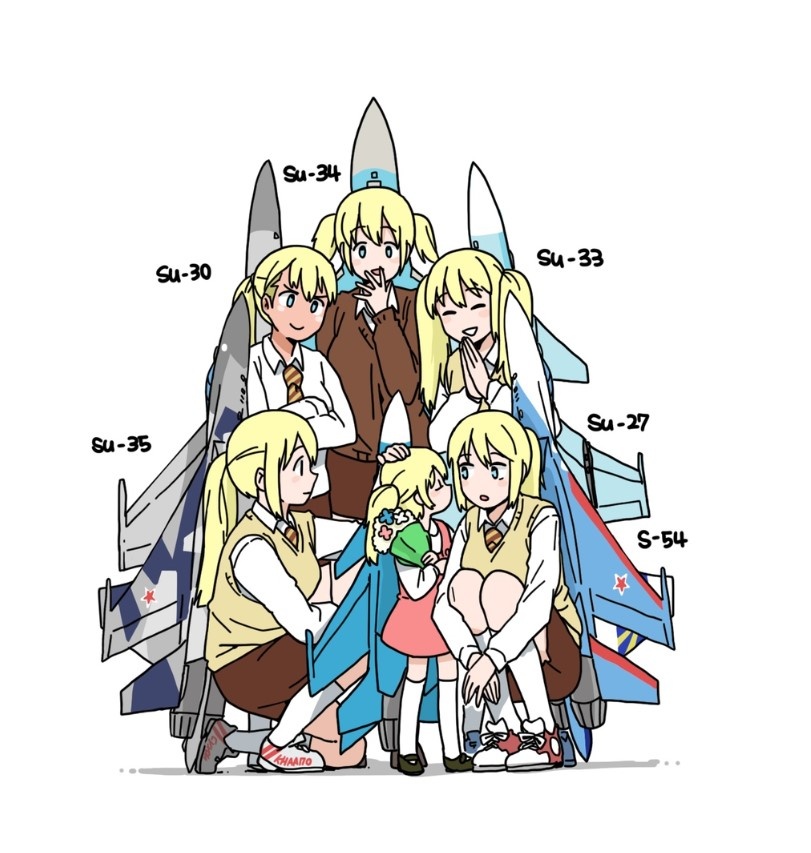