Russia and the US have never discussed a possibility of a joint fight against the Islamic State (IS) terrorist group; the main purpose of their cooperation is a division of terrorists and moderates. 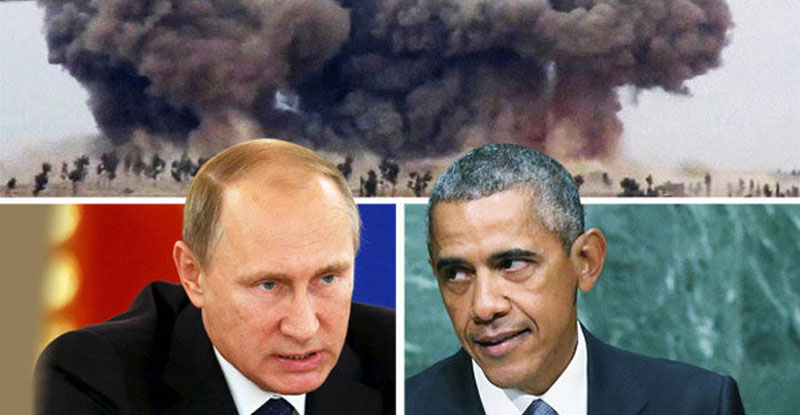 A joint fight against the Islamic State (IS) terrorist group has never been on an agenda during the talks between Russia and the US, and there still are no agreements on this issue, the RIA Novosti news agency reported, citing a source in Russian diplomatic circles.

“A fight against the IS has never been a subject to any agreements with the US. All recent months, the talks were focused on division of groups, which consider themselves as moderates, from those, which are recognized as terrorist structures,” the source said.

He explained that despite the fact that Russia and the US are differ in their assessments of success of the fight against the IS, “at least, there are no sharp disputes.”

According to the diplomat, the division of terrorists into ‘moderates’ and ‘extremists’ caused the greatest difficulties. “The division of moderates and members of the Jabhat al-Nusra [also known as the al-Nusra Front or the Jabhat Fateh al-Sham] have always been a big problem,” he said.

Meanwhile, spokesman for Russian President Dmitry Peskov also noted that a cessation of hostilities in Syria could contribute to a settlement in the country, but today the key challenge is the division of the so-called moderate opposition and terrorist groups.

Peskov stressed that a ceasefire gives a hope that this will contribute to a peaceful settlement and create the right atmosphere for a political settlement. He also noted that at the moment, “the ceasefire is very fragile,” and now the main task is to wait for the separation of the moderate opposition and terrorist groups. According to the Kremlin representative, without this point the further promotion is hardly possible.

At the same time, a source in the Russian Foreign Ministry said that an armistice agreement in Syria, signed between Moscow and Washington, is of great importance. According to him, the agreement leads to the logical conclusion of ‘one of the most difficult chapters’ in the dialogue between Russia and the US.

“The reached agreement with the US on Syria ends one of the most difficult chapters in the dialogue between Moscow and Washington,” the FAN news agency quoted the words of the source. He also added that the agreement on Syria should be published in order to avoid possible misinterpretations.

Cant see an agreement is very important about them. ISIS are well defined compared to all the groups in the werstern parts of Syria. Might be som local agreement about who is bombing what in Al bab & Raqqa so its done and not double done. Russians are not in Iraq and it makes it easyer too.

I think some critsizers of the relatiivly low involvement from USA & Nato forget they have Iraq too.

Like russians during ww2 the whole time for they didnt declaire war to the japanese before 1945 and also forgot USA should bring all stuff over Alantic and Pacific Ocean too and there were no russians ships either.

To me the problem of today is Turkey. They are not looking as they advance against ISIS/Daesh at all. Seems more like they want to keep them alive as some pain in the as for Kurds and Assads.

“moderate terrorists” There is no such thing as a moderate terrorist, the idea of it is an anti-thesis of the term itself. 22 groups have joined the Al-Nursra front, rejecting a cessation of hostilities. That is not a peace agreement, that is a declaration of war.