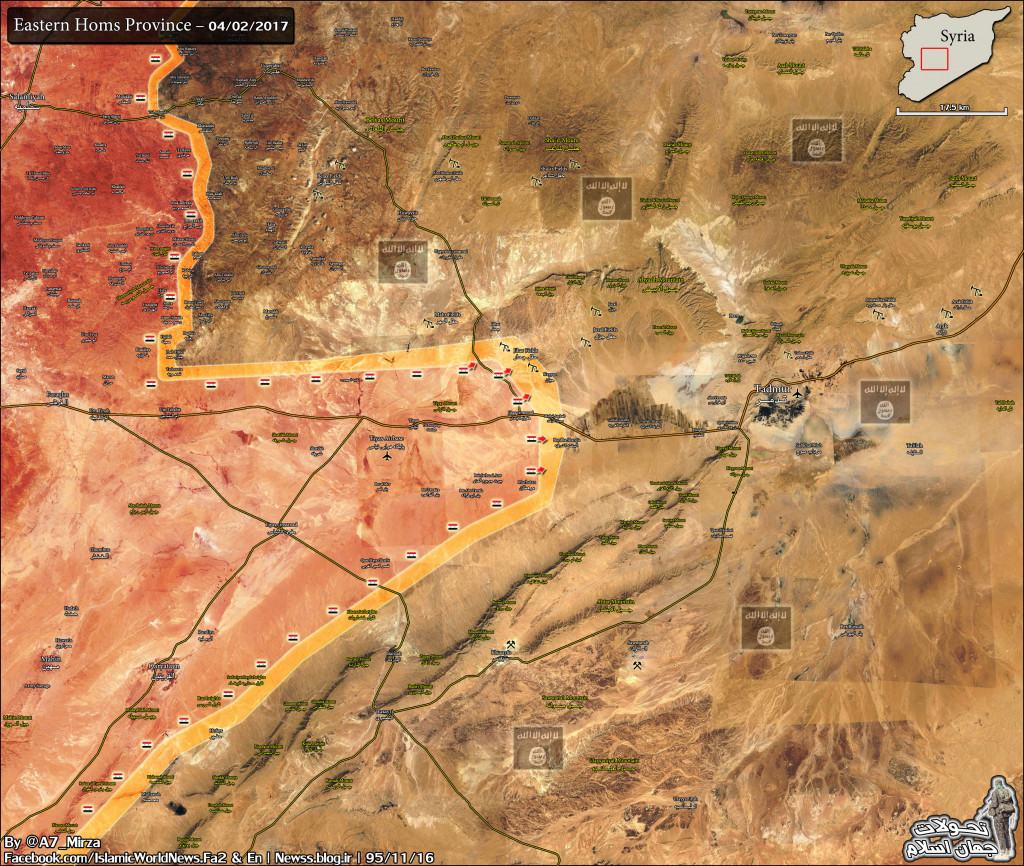 Fierce clashes are ongoing between Syrian government forces and ISIS terrorists in the areas of the Jihar fields, the Hayan facility, Majbal Asphalt and Bayda Sarqia in the area west of the ancient city of Palmyra (Tamdur) in the province of Homs.

Last Friday, the Syrian army and the National Defense Forces (NDF) entered the Jihar fields and recaptured the Hayan facility along with nearby points in the area. However, on Saturday ISIS terrorists launched a series of counter-attacks in the area, engaging government troops in a series of intense firefgihts. Since then, clashes are ongoing in the area.

While the army and the NDF de-facto controls the recently captured sites, they sill need to repel the ISIS push and to secure them.

Pro-ISIS sources claim (as always) that dozens of “regime troops” were killed in the clashes, but no photos or videos confirming this have been provided.

Government troops are in eastern Homs: 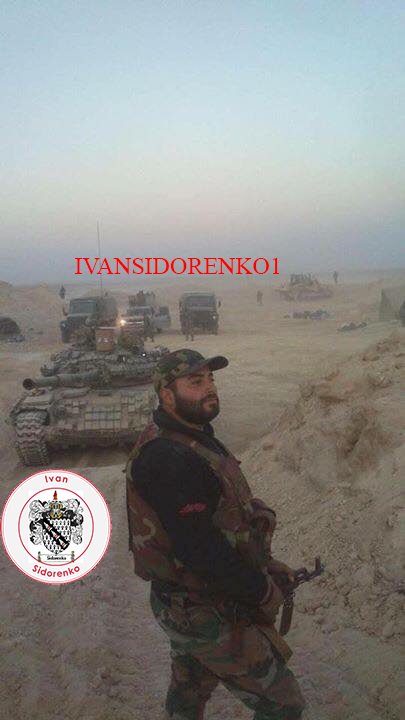 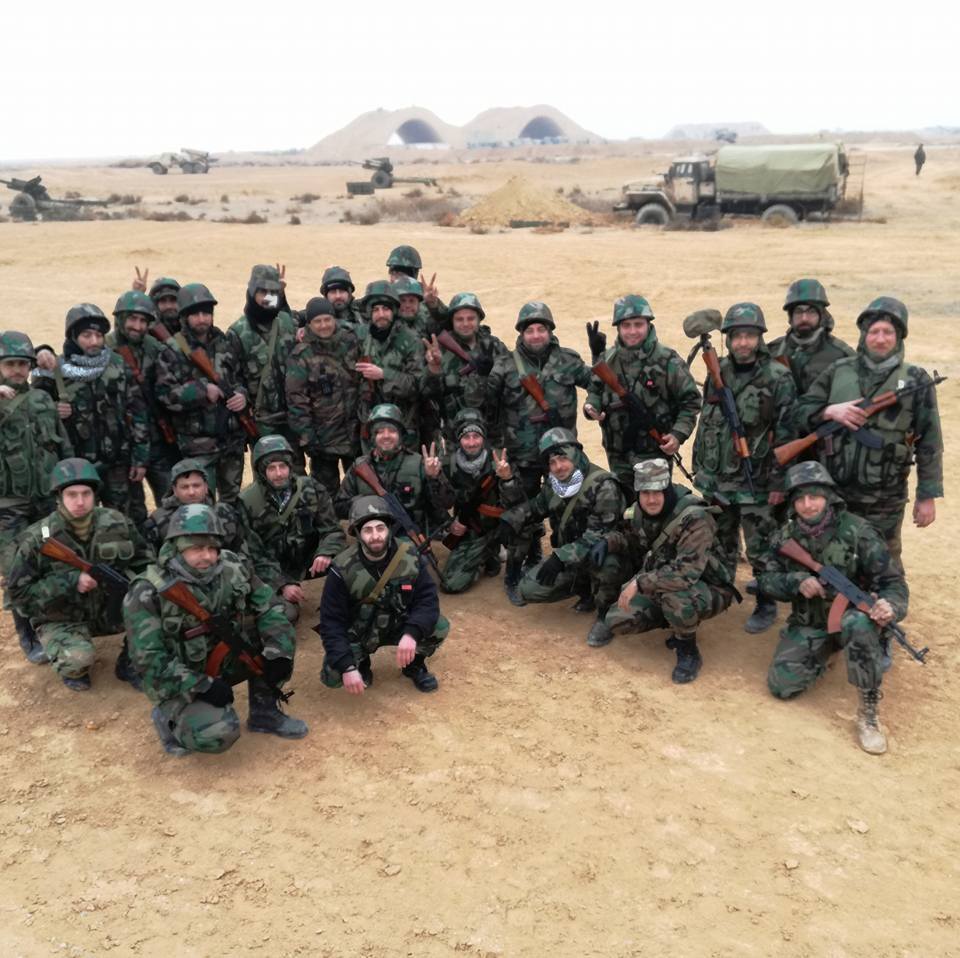 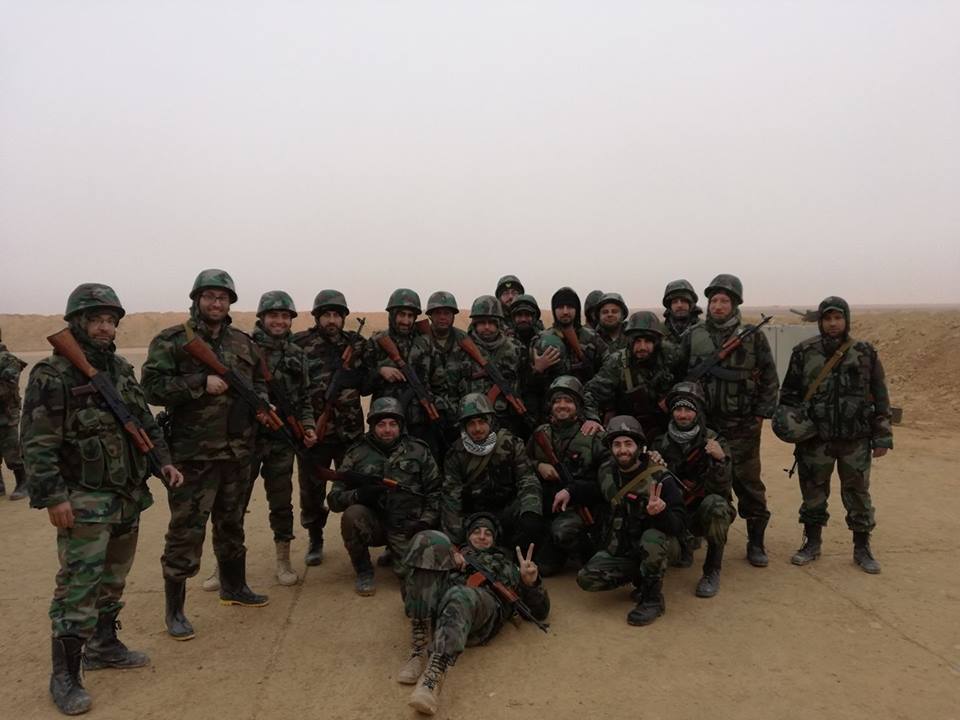 Can SOUTHFRONT.org publish an analysis as to How the SAA and allies could take/liberate Palmyra? … fast, effective and efficiently! … In my humble opinion (I am not an expert) liberating the Palmyra area is KEY to launching the liberation of Deir-Ezzor phase. … Aside from al-Bab, Palmyra is the hottest point now for the SAA. This is because, fortunatelly, Deir-Ezzor has been re-enforced. However, the SAA is proceeding very carefully and methodically with Palmyra.