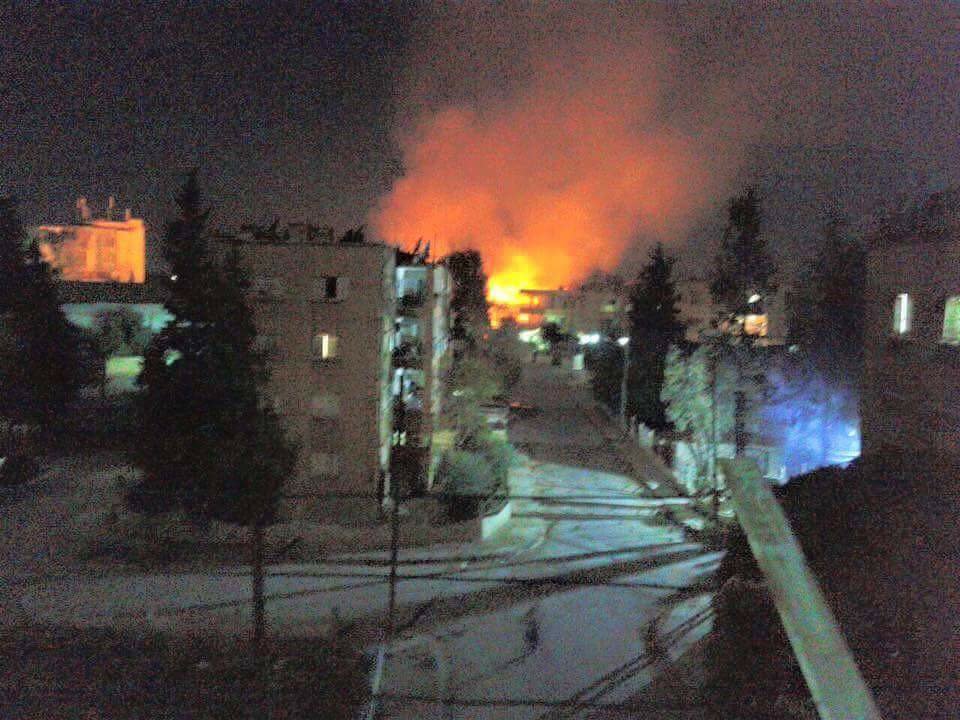 No reason was given for the surprise Asayish attack on the NDF; however, the former decided to arrest a large number of pro-government fighters and civilians after storming their positions.

Following these arrests by the Asayish, another series of clashes broke-out on Marsho Street between the latter and the NDF/Hajaneh, resulting in a violent exchange with small arms and RPG rounds.

In response to the counter-attack by the NDF/Hajaneh at Marsho Street, the Asayish started to indiscriminately target residential areas; this prompted the Syrian Arab Army (SAA) to intervene by shelling the Kurdish police from the Kawakeb Base.

As of now, the SAA and People’s Protection Units (YPG) have been deployed to the city in order to cease the violence; however, clashes still persist near the city-center.

The Syrian Arab Army has issued another warning to the Asayish about shelling residential neighborhoods; if they continue to do so, they will send their tanks into Hasakah City.

Kurdish literally means “terrorist” they were formed by Joseph Stalin himself to terrorize Iran. This is real history. Kurd’s have been trying to destabilize Iran and Iraq and Syria and Turkey ever since. Kurd’s are thugs gangsters and international drug runners and hold an alliance with Mossad. True Story.

please change your name cause you are the total opposite

Anti-racist always means indigenous lands for indigenous peoples. Respect everyone with equal rights and privileges across the board. No exceptions.