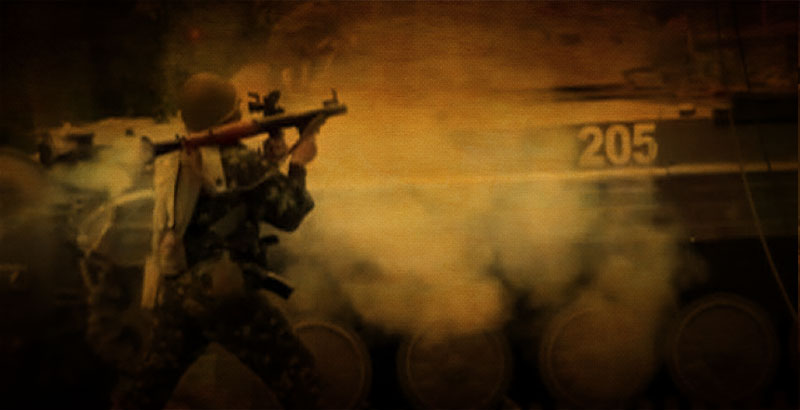 Last night, an intense battle broke out in the vicinity of the Donetsk airport. As the Russkaya Vesna information website reported, citing witnesses, Ukrainian military used 82 mm and 120 mm mortars and armored vehicles. Sounds of the battle could be well heard by residents of almost all areas of Donetsk.

“We hear how the ceasefire is respected,” a local resident Denis noted.

“It is a church fete today, so devils [Ukrainian military] came out,” a Donetsk resident Irina commented on the event.

In addition, last evening, Yasinovataya and its surroundings, the western edge of Donetsk, and the village of Sahanka in Novoazovskiy district in the south of the Donetsk People’s Republic (DPR) were fired with mortars by Ukrainian military, the DAN news agency reported, citing a source in the DPR’s power-wielding agencies.

According to the source, the enemy fired 25 shells from its positions. Along with mortars, Ukrainian troops also used weapons of infantry combat vehicles, grenade guns and light weapons.

Col Cassad website had the best coverage of previous timeline Ukraine as per info and photo.

Kiev is weak. ….financially owned by IMF. They will be pushed like chess pawn to their doom. The 100,000 + Ukrainians who moved their teen age sons to nearby nations to avoid conscription We’re wise.

Nazi Ukraine will end……..Nato cannot save.