Upcoming leaks pertaining to Hillary Clinton have forced the hand of the FBI into re-opening their investigation into the crooked candidate.

Comey cited “recent developments” for the bureau’s decision Friday in a letter to lawmakers.

“In previous congressional testimony, I referred to the fact that the Federal Bureau of Investigation (FBI) had completed its investigation of former Secretary Clinton’s personal email server. Due to recent developments, I am writing to supplement my previous testimony,” Comey wrote.

“In connection with an unrelated case, the FBI has learned of the existence of emails that appear to be pertinent to the investigation. I am writing to inform you that the investigative team briefed me on this yesterday, and I agreed that the FBI should take appropriate investigative steps designed to allow investigators to review these emails to determine whether they contain classified information, as well as to assess their importance to our investigation.”

Reports now indicate that these new developments came about during a separate investigation into the “sexting” of Anthony Weiner – the husband of top Clinton aide Huma Abedin.

Why should Americans believe anything the FBI says, especially about the Killer Queen?

This is the same FBI that corrupted some Arab American patsies, and encouraged them to blow up one of the WTC Twins back in 1993, only the FBI was supposed to supply the patsies with a fake device, then arrest them.
But the FBI gave the a real bomb, which was used. 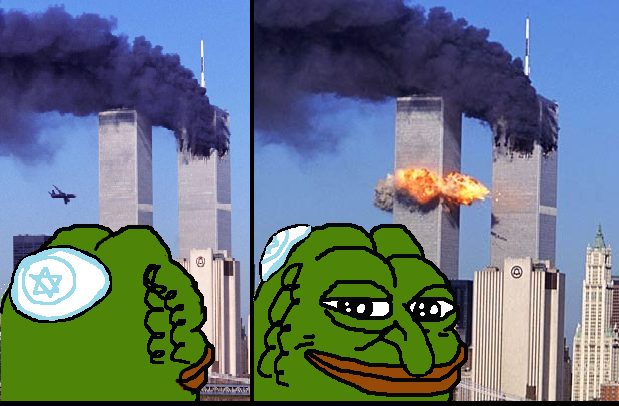 Ah yes, and people thought that “basket of deplorables” was not utterly accurate.

Kell, you will die alone and unloved. All of your friends will abandon you and the only thing that will get you through your terrible existence will be the sweet taste of crystal meth as your teeth drop out. 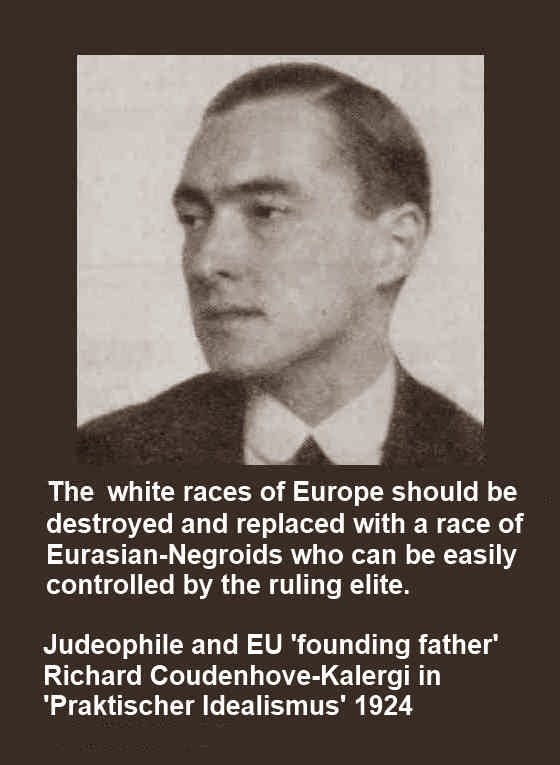 Oy Vey, so much hate, I dont know whats wrong with you people? 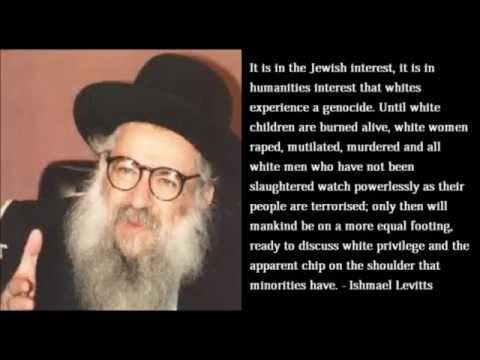 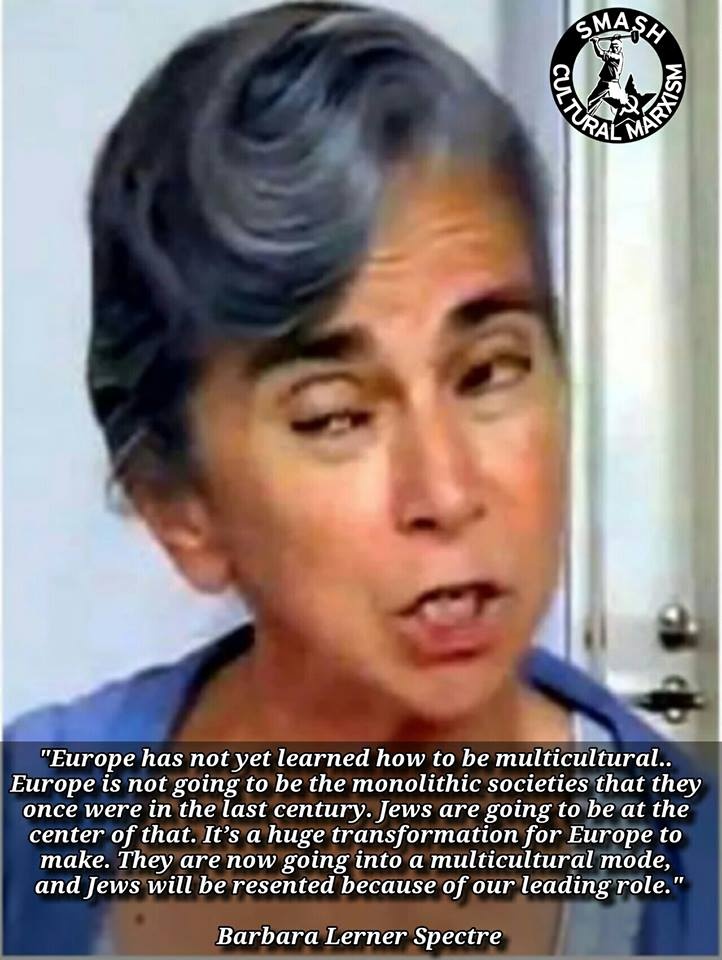 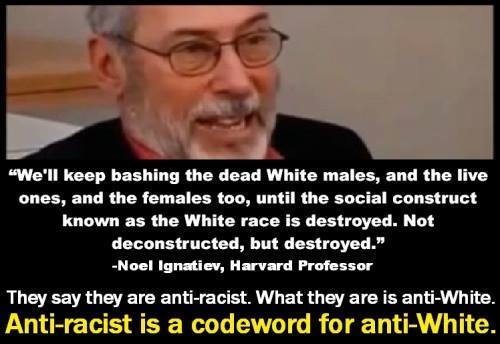 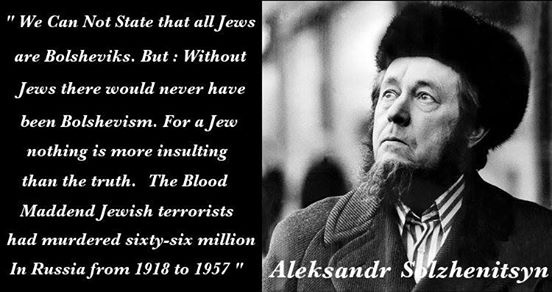 the stink of zionist escamotage is strong here.

Why yes, you are a brilliant scholar. I can see taht you pulled those “facts” out of your butt.

well, because although there is undoubtedly corrupt oportunistic carreerists within FBI, there are still enough people – low and mid level experts – who hold true to the values American constitution is supposed to be safeguarding. i am guessing this because this is how it tends to be in all countries regardless of ideology. and you need experts to run any remotely capable agency. and all these experts tend to be patriots motivated by service to their country. and they SEE the system is being destroyed from within. This is why i am also of the impression that the pressure is rising.

: ) .. but I won’t start celebrating until I see her conceding defeat. Ten days still seem a lot of time left and dont forget she’s still leading the polls, for all that’s worth.

Yes, but i think those polls are fake. Hopefully. And at last it doesnt really matter whom the people voting for, like we have seen in 2000. Crucial is who wins the internal power struggle.

me too. let’s hope the elections as well are not fake. After Bush-Gore 2000, it’s not that we can be that sure, especially with the voting machines they use.

well, for once the “good opponent” is not naive like Al Gore or Bernie Sanders, but a full blown egomaniac like Trump. both Al

I think that there is also a high chance that in the unlikely event of a Trump win, they’ll try to invalidate the vote by fabricating that Russia meddled with the vote. That would be very dangerous, a totally unprecedented thing that would put the entire world at risk. But the globalist motherfucking pest that so strongly wants killary as potus won’t certainly stop for the sake of peace and stability.

And the next day, the FBI director is on his way out. But keep searching for that rainbow.

I think FBI, have turned into an pressure cooker, and He feels the heat.
I can almost smell the burned, crispy bacon of His Cronys ass.

And everybody, knows, and on top of all this, freak show, senatwhores arent even allowed to read the documents, Hitlary didnt know was classified, yea, decades in gov. and she didnt know that, either we are dealing with an creature whom brain have melted down, and now leans on per-packed speeches, glowing in-front of her majesty.

The pirates on Potomac in the District of criminals in our Imperial banana republic UssA, have colluded with this, pay to play skeem for so long its becomed an law of nature, where everybody turns their heads away and commits acts of crime by compliance, and coverups, all the time.

I cant imagine what kind of creeps its running this freak show called FBI, and anything else, CIA huh.
Waiving dicks in the face of children.
treason in braod daylight.
Corruption so obvious its simply jaw dropping, and nobody does anything, just drools something.

Yeah, an banana republic wurthy.
And Yankees you are f….

If she’ll become POTUS, hell will break loose and world will be set on fire, cause she’s the 4th Horsewoman of the Apocalypse, I believe this will derail her campaign, however it may already be too little too late..

[8] And I looked, and behold a pale horse: and his name that sat on him was Death, and Hell followed with him. And power was given unto them over the fourth part of the earth, to kill with sword, and with hunger, and with death, and with the beasts of the earth.

So, Jesus, you’re suggesting that Killary Kill’ton will totally not exterminate homo sapiens from the only planet which we inhabit? Knowning people she’s planning to appoint I wouldn’t be so optimistic, just take a look at her choices for secretary of state ,secretary of defense, director of cia, joint chief of staff and so on and you’ll see a pattern. She hates mankind itself, her dream is Conquest, her weapon is War, her religion is Death.

You really believe this crap, don’t you?

What do you call crap?

Yes this is a common belief of us Goy but then for those who crucified Christ the fright of acknowledgement would or could be your salvation. On second thought off with your head……………

Present day neocons are very similar to the Pharisees that condemned and had Jesus crucified. Jews that love God will be spared protected by Him.
As the religious neocons of 2000 years ago who used the Romans to execute Jesus Christ, in order to preserve their perverse Jewish ideals, present day neocons use US to preserve perverse Zionist ideals.

Hillary is not the rider on the horse, the horse rider in question deals with spiritual death ( unbelief in God), most of the world does not believe in God today, they are spiritually dead. There will be no unclear war, US is going to be judged by God. The only bad news for an unbelieving world is the return of Jesus Christ and the ensuing battle of Armageddon.

ye, the ones who wrote that weren’t much for same opportunities and so on. And anyway, Killary is not alone: in fact the candidate is Billary.

So you’re arguing that Clinton is totally not antichrist? Jesus, who the hell is then? General Butt Naked?

wow! interesting!
i thought America was essentialy broken/pacified after Sanders gave up. well, it will sure be ironic if the ones saving the day will turn out to be those monumental institutions that are pillars of power in America, dealing from their principles.

Ok. Looks like this is a very stupid news site. I was intrigued by the news of internal power struggles in Syrian rebel groups, but when you guys are posting the idiocy from Alex Jones and most of the comments are from the kind of people that believe in Alex Jones, I see that this is a news site that exists solely to make stupid people think that they know better than the rest of the world.

Go back to CNN, NBC and ABC….They are waiting for you there.

The FBI’s headquarters are in a Tel Aviv office run by Mossad.
Hillary’s only son lives in Israel, he is a Jew born and raised in Israel, and married to her daughter.
This is Hilary’s linage, family, loyalty and actual nation. She is a spy inserted into America.
http://nationalvanguard.org/
Notice how I always warn the world about these people. Funny that Hillary’s son in law is not Russian? Not Irish? Not Chinese? Not Indian. Not anything except for that disastrous tribe that is always behind most things.
Is this really a coincidence? Of course not.

Letter was a chess move to force the DOJ to grant the FBI a warrant. It succeeded and this weekend the warrant was issued.