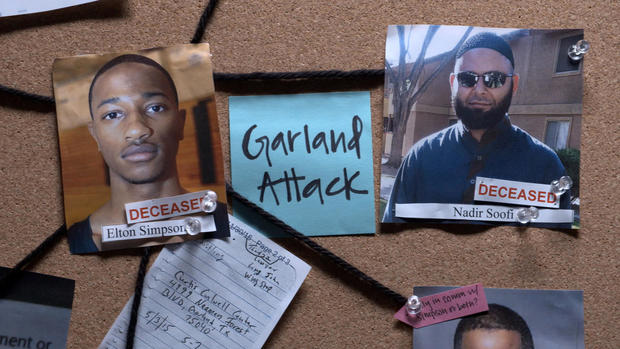 According to an investigation by CBS’ 60 Minutes in 2017 and government documents obtained by an attorney involved in the case, the first attack on U.S. soil for which ISIS claimed responsibility, a 2015 shooting in Garland, Texas, was instigated by the FBI. Now, a new report by The Guardian alleges that the FBI may have reactivated COINTELPRO-like operations against Black Lives Matter.

On the 3rd of May 2015, two Islamist extremist gunmen opened fire at an exhibit for cartoons of the Islamic prophet Muhammad in Garland, Texas. The provocative exhibit was swarming with security, including dozens of police officers, snipers and a SWAT team. The heavily armed attackers injured a security guard outside the building before they were themselves shot by snipers and killed.

ISIS took credit for the shooting. Although there was no evidence that ISIS organized the attack, the shooters had been independently radicalized and were influenced by the extremist group.

In the years since, the Garland shooting has been used to justify further police measures. However, an investigation by 60 Minutes two years later revealed that the FBI was deeply implicated in the attack.

The 60 Minute’s report’s findings included: “Not only had the FBI been monitoring him for years, there was an undercover agent right behind him when the first shots were fired.”

The two extremists behind the Garland shooting were 31-year-old Elton Simpson and 34-year-old Nadir Soofi. A third man, a 43-year-old friend by the name of Abdul Malik Abdul Kareem, was sentenced to 30 years in prison for helping facilitate the attack, although he denied involvement.

Simpson had been under surveillance by the FBI for several years. He was in contact with an ISIS recruiter, and had had extensive communications with an undercover FBI agent.

Abdul Kareem’s attorney, Dan Maynard, managed to obtain evidence detailing the FBI’s role. After the trial, Maynard was given 60 pages of declassified messages between an undercover FBI agent and one of the attackers, Elton Simpson. These documents showed that, less than three weeks before the attack, the FBI agent had told Simpson to “Tear up Texas.”

60 Minutes also reported that the US government admitted in an affidavit that the undercover FBI agent also “travelled to Garland, Texas, and was present … at the event.”

Documents the government gave to the attorney showed that the FBI agent had in fact been in a car behind the two shooters at the time of the attack.

The news program asked the FBI several questions, but it did not answer them. All the agency said was deny that it had “advance knowledge of a plot to attack the cartoon drawing contest in Garland, Texas.” LINK

The allegations of entrapment are corroborated by the findings of numerous human rights organizations, which have claimed the FBI has a long history of luring Muslim Americans into alleged terror plots they might not have otherwise become involved in.

At least a part of foiled alleged Islamist extremist attacks in the U.S. involve undercover police agents, and in some cases even entrapment. For instance, a 2014 report by Human Rights Watch, titled “Terrorism Prosecutions Often an Illusion,” documented the FBI’s use of “overly aggressive sting operations” against Muslim Americans.

“In some cases, the FBI may have created terrorists out of law-abiding individuals by suggesting the idea of taking terrorist action or encouraging the target to act,” the leading human rights organizations reported.

Close to half of federal counterterrorism convictions from September 11, 2001, until 2014 involved informants, and nearly one-third were sting operations with active involvement by the informant.

“Americans have been told that their government is keeping them safe by preventing and prosecuting terrorism inside the U.S.,” explained Andrea Prasow, deputy Washington director at Human Rights Watch and a co-author of the report. “But take a closer look and you realize that many of these people would never have committed a crime if not for law enforcement encouraging, pressuring, and sometimes paying them to commit terrorist acts.”

The Intercept has noted “a now-familiar FBI pattern whereby the agency does not disrupt planned domestic terror attacks but rather creates them, then publicly praises itself for stopping its own plots.”

A former FBI assistant director, Thomas Fuentes, has openly acknowledged that, in order to justify the continuation of the so-called War on Terror and maintain a large budget, US law enforcement and intelligence agencies must “keep fear alive.” LINK

Now, a new report by The Guardian again raises concerns about the prospect that COINTELPRO-like methods could be reinstated against Black Lives Matter. The report notes that:

“when a new generation of political activists started the Black Lives Matter (BLM) movement to protest police violence after the fatal 2014 shooting of unarmed teenager Mike Brown in Ferguson, Missouri, the FBI began tracking them all across the country, using its “assessment” authority to conduct months-long investigations. BLM activists reported that FBI agents had contacted them at home to warn them against attending the 2016 Republican national convention.

By 2017, the FBI had invented a new domestic terrorism program category it called the “Black Identity Extremism movement”…

In 2018 and 2019, the FBI conducted nationwide assessments of “Black identity extremists” under an intelligence collection operation it called “Iron Fist”, prioritizing these cases over investigations of far more prevalent violence from white supremacists and far right militants over that period, including mass shootings at a Pittsburgh synagogue and an El Paso shopping mall…

Certainly there is a potential for violence at any protest, and the FBI has made more than 80 federal arrests of looters and arsonists in recent weeks. But, so far, the most apparent protest violence that falls within the FBI’s jurisdiction is not coming from BLM activists or antifa, but from police. North Carolina lawyer T Greg Doucette and mathematician Jason Miller have compiled a dataset of more than 500 incidents of police violence against protesters that have been captured on video by activists and journalists since George Floyd’s death. Several of the officers responsible for this violence have been fired, and a handful have been charged with state violations, but no federal civil rights charges appear to have been brought yet against law enforcers who have been caught on tape attacking peaceful protesters and reporters.

This isn’t surprising, as the justice department rarely brings civil rights charges against police officers for acts of brutality. If the FBI really believes unaccountable police violence against African Americans might provoke retaliation by “Black Identity Extremists”, it would put its investigative authorities to better use by holding those officers accountable, rather than monitoring a new generation of Black activists…”

Regardless COINTELPRO-like methods that may have been used by the FBI and other attempts of liberal press to justify the current wave of riots, the current state of events in the United States is an open secret. Proteststs that started following the killing of George Floyd (46yo African American with a notable criminal record) during the arrest in Minneapolis rapidly turned into violent riots with regular clashes with Police and attacks on non-black US citizens. This posture of an agressive part of the protesters can be barely justified by any reports about alleged FBI instigators. This situation is complicated by the question of ethnic-based violence, which is still actual across the United States.

A couple has come out of their house and is pointing guns at protesters in their neighborhood #StLouis #lydakrewson pic.twitter.com/ZJ8a553PAU

It becomes apparent that the social and political division within the United States society has been steadily growing. BLM activists and neo-liberal activists have been throwing down historical monuments and demand to rename streets, universities and hystorical buildings under the pretext of combating racism. In fact, they are trying to rewrite the history of their own country in an attempt to fit it to the ideological bubble in which they live.

On the other hand, the aggressive posture of radical supporters of the both camps undermine de-escalation efforts of the government and moderate representatives of their own movements. Tensions with Police do not help also.

The protest has made it back to Mayor #LydaKrewson’s house #StLouis pic.twitter.com/kG7jfjS3LF

The processes ongoing in the United States and in some states across Europe are an apparent demonstration of the ongoing dismantling of the ‘Western Civilization’ of the 20th century. Supporters of this trend seem to seeking to entrench the dominance of neo-liberal dominance and build a ‘New Great Neo-Liberal World’ or, if this is not possible right now, at least destroy the existing one. 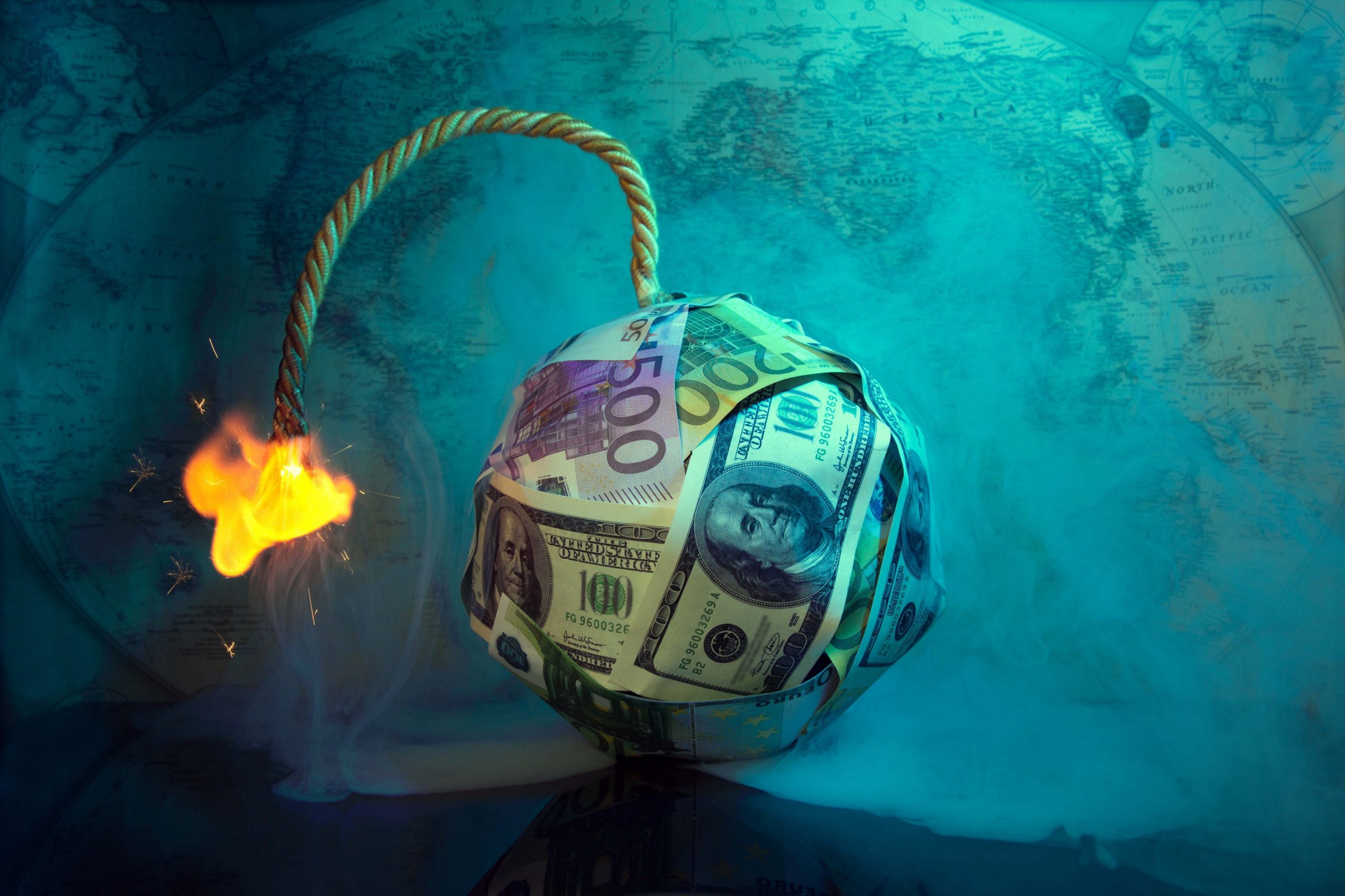 Every day the world becomes more and more fragmented, and this fragmentation is based not only on the economic and military power of appearing blocs, but also depends on aspects of the cultural paradigm in which they operate.

The Jews are to blame, remove them then remove the third world savages and problem solved. Hell at this stage maybe a nuclear thermal war is in order I mean we are living in hell already what do we have to lose?

Zionism = EVIL
Reply to  In Exile

100% FACT. Even the pathetic 911 was a Jew false flag and dancing Jews in Brooklyn.

The Strategy of Tension has a long history, before it was called Gladio now they call it Islamist terrorism, but the fiction has not changed at all, its purpose is always the same, to terrorize the peoples to keep them slaves.

China is now the prime bogeyman for both the dumbass Americunts and Zionist parasites. Not much mileage left in Islamophobia.

The whole rotten Americunt failed deadbroke racist murderous shithole is based on lies and false flags by the Jew cunts and redneck arseholes. The FBI and CIA are the largest inbred terrorist organizations in the world.

There were multiple shootings last night near the police station after I took this picture of it. Including one where the seditionists evidently opened fire on a Jeep. https://uploads.disquscdn.com/images/4af3ae0d28c7711d93265b7d713af7fd3f8adb137b0db733ff8a94d976a9d0fb.jpg

This is the Jeep that Governor Islee’s and Mayor Durkan’s seditionists shot up at the CHOP zone last night. Killing 1 with a second person in critical condition.

This article contains quite a bit of video of what it was like during all of the shooting in the Governor’s and Mayor’s sedition CHOP zone last night. With no police, fire, medical, mail etc. service.

This proves that only usury cultures are peaceful, and those cultures who dont have usury are violent killers. “Kill them wherever they are”……………..this is what these cultures without usury do because its stated in their violent religion book. Therefore we dont want any religion in our society, only usury!

As everybody can hear we have also Iskander and hypersonics with nukes.

When did the US buy Iskander Tommy?

As they’ll never be able to build their own without Russian blueprints.

If one paid any attention to what Snowden released, it shouldn’t be a surprised that the US also looted companies around the World for ideas and then patenting them. Take their ideas, make the necessary changes (if any) and patent them. Think Alexander Graham Bell and Elisha Gray.

One of the people that the seditionists shot was 14.

According to the mayor and police chief it’s not time to reopen the police station and streets:

“Best said she was not yet ready to discuss a plan for police returning to the East Precinct and she declined to offer more specifics about any SPD efforts to clear the camp after the mayor and Best have been pursuing a strategy of community outreach and social services to help reduce the number of people following last week’s shootings. …

I heard quite a bit of yelling and screaming during my recon op in the CHOP sedition zone last night. There was a muffled explosion near my position and two seditionists in makeshift body armor heading towards me turned around and started running towards the explosion. In my opinion it wasn’t gunfire.

FBI’s been doing this for a long time. They’re part of the “marxist” (actually globalist crony corporate controlled) “revolution.” One anti-christ, comin’ up!