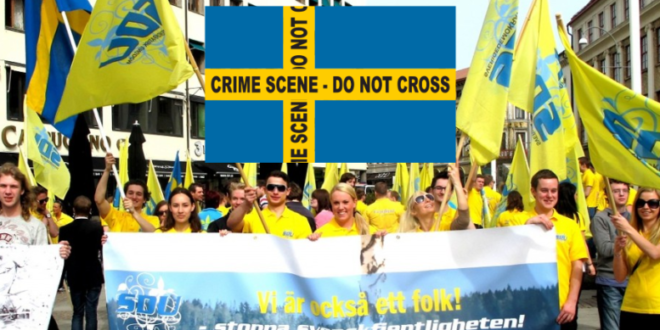 The Swedish Election Authority finished counting the votes from the September 9th elections on the morning of September 16th.

Anna Nyqvist, head of the Swedish Election Authority, told the TT newswire that the allocation of seats would remain unchanged, with 144 seats to the red-green bloc, 143 to the centre-right Alliance parties, and 62 seats to the anti-immigration Sweden Democrats.

In the final result, the Social Democrats got 28.3% while the Green and Left parties got 4.4% and 8% respectively. The opposition Moderate Party, meanwhile, received 19.8% of the vote, while their allies the Centre, Liberal and Christian Democrat parties, got 8.6%, 5.5% and 6.3% respectively.

“For the election authority, it’s now all about getting ready a protocol and documents for members of parliament so that the parliament is ready to start work when it opens,” she said. “There’s a real shortage of time for the parliament to get everything in place before the opening.”

Once more, Prime Minister Stefan Löfven used the results to argue that as the largest party leading the largest parliamentary bloc, the Social Democrats should lead Sweden’s next government.

“The final election result shows that we Social Democrats are clearly the largest party and have the biggest support for a government if the right-wing parties do not break their promise and create a common bloc with the Sweden Democrats,” he said.

There was, he reiterated, only one “constructive solution for the good of the country: to break with bloc politics.”

“Now all upstanding parties must take their responsibility to push Sweden forwards,” he said. “In this process, no one is going to manage to achieve their party’s policy program in its entirety, but through cooperation we can do so much more for our country.”

Despite the anti-immigrant nationalist rhetoric of far-right party Sweden Democrats and claims that the party would win at least 20% of the vote, the opposite became reality.

With tens of thousands, possibly hundreds of thousands, of migrants receiving welfare payments without having made any contributions, Sweden’s current welfare system seems destined to collapse, according to Sweden Democrats leader Jimmie Åkesson.

Although their result is lower than expected, they yet may play the role of kingmaker. The mainstream blocs have vowed not to cooperate with them because of their “nationalist” positions on immigration and the European Union.

In 2016, Prime Minister Löfven called the Sweden Democrats “a Nazi party, a racist party.” He also claimed that “swastikas are still in use at their meetings.” The Sweden Democrats accused Löfven of slander and threatened to report him to the Parliament’s Constitutional Committee. Jonas Millard, the party’s representative on that committee, said:

“When Sweden’s prime minister claims that the Sweden Democrats are a Nazi party, it is not just a lie, but also completely lacking in understanding of history and lacking in respect for all those millions of people who have been exposed to real Nazism.”

Löfven responded that his words had been taken out of context.

“We are not going to retreat one millimeter in the face of hatred and extremism wherever it shows itself. Again, and again, and again, they show their Nazi and racist roots, and they are trying to destroy the European Union at a time when we need that co-operation the most.”

Ulf Kristersson, the leader of the biggest opposition party, the Moderates, has excluded outright government talks with the Sweden Democrats but hasn’t rejected grabbing power should the nationalists support him.

Lofven’s attempts to peel off the Center Party and the Liberals have so far come up empty. They are also unlikely to back a government that relies on the former communist Left Party, a key ally of Lofven’s Social Democrats over the past four years.

Left Party leader Jonas Sjostedt said on September 19th that the Alliance is “cooking a recipe for chaos” given that it will need backing from the nationalists to form a government. “We can’t accept that the Alliance seizes power when they lost the election.”

Despite vows for non-cooperation, the leader of the Sweden Democrats, Jimmie Åkesson, addressing the Danish People’s Party’s annual meeting in Herning, Denmark on September 15, said it would be impossible for the other parties in Sweden to shut his party out of influence in the negotiations to form the next government:

“They make every effort to form a new government without giving us influence. But it will be impossible to keep us out. The sooner they realize it, the faster we will avoid chaos.”

Sweden’s parliament is set to open on September 25, and then within two weeks, if Prime Minister Stefan Löfven has not yet resigned, there will be a parliamentary vote of confidence in him.

If more than half of MPs vote against him, then the parliament’s speaker will propose a new prime minister.

The speaker can propose four different prime minister candidates. If all four are rejected by parliament, a new election will be called.

If Sweden is to avoid new elections in a few months, somebody will have to compromise or lay down their votes.

no…the just giong throw the show…the 2 blocks will work together and sd will will be power less again…..the vote looked at it was rigged…sweden politic will look the same…

You can call me Al
Reply to  Christer Larsson

I honestly think the election was rigged, unless these immigrant gimps can vote as well – you never know with Sweden.

It is very sad to watch the destruction of Sweden, it was a fantastic place.

Good luck for the SD party.

Why is this called FAR-RIGHT?

It’s called the Far Right because it A: makes them look scary, and B: there are always morons like Spit who say stupid racist things that confirm it. The party always tries to look respectable, and somehow always a bunch of swastika waving Hitler saluting neo-nazis always manage to show and make it to the evening news. As the saying goes, with friends like these, who needs enemies?

And its not like the left has to send in a couple of stooges dressed as nazis, but somehow these nazi morons actually think them showing up is good for this party. Like it wants their support or something. Like the KKK leader endorsing Trump. As the saying goes, with friends like these, who needs enemies?

you are voter of that white-haired idiot?

Could you name him please, I’m not sure who you mean?

Thanks, I recall something similar with a small group of neonazi showing up at a tea party rally and they were looking baffled when got booed. They probably expected applause.

This is now how it works. Nothing about this works. Breivk remember him? This Hero was saved and faught for the White Race.

The man was a murdering racist piece of shit. He should rot in hell. Just because you disagree with someone does not give you the right to murder them. That way ONLY leads to the Dark Side.

SPEAKER OF THE TRUTH
Reply to  Barba_Papa

Traitor. You will meet justice for slandering the Hero.

Brother Ma
Reply to  SPEAKER OF THE TRUTH

He was a loser with no qualifications,no friends, nothing! He thought the world owed him! Loser with a capital L who wanted to act like a BIGMAN by murdering teenagers!

SPEAKER OF THE TRUTH
Reply to  Brother Ma

Lol you seem mad at the Hero. u mad?

Back that up with Facts. Breivik was a Hero.

You know as well as i do. It was in the newspapers. No friends ,no qualificatikns even though he had a rich diplomat as a daddy. He was not even on talking terms with his dad. So,he was mentally ill or very evil.even the nazi party of the time did not want him and if I remember would not accept him as a member. A loose cannon!

Are you honestly trying to tell me murdering teenagers is brave? Come on man!

Barba_Papa
Reply to  SPEAKER OF THE TRUTH

We don’t go around killing those who we disagree with. Period! Even if they are SJW morons, hell bent on opening up the flood gates for immigrants. If we do that we A: become no better then them and B: no good in history has EVER come from such behavior. That way only leads to brutal dictatorships like Nazi-Germany or the communists regimes. The end NEVER justifies the means. And if you think like that you are just as much part of the problem as the SJW’s are.

Well said, go back to your holes fascists.

On one hand, You are perfectly right. On the other Hand. He Mowed down a shit load of politicians who Secretly Plotted to exterminate Whites. The politicians deserved it. This is important. Very important. Do You feel bad for the Children? Or Do You feel bad for everybody who got wacked? Children? or Everybody? Speak the Truth.. Let everybody Know.

SPEAKER OF THE TRUTH
Reply to  Barba_Papa

Breivik is a National Hero. Notice how Norway Lacks Politicians that scream Diversity? He Saved The White people of Norway from Extermination. He may be a murderer. But He effectively saved millions of Whites from extermination. Breivik is a HERO

this arty is shit, not kingsmaker. in sveden is no problem to form and run minor government.

only russian nazist´s wishful thinking is, that they are kingmakers :DDD